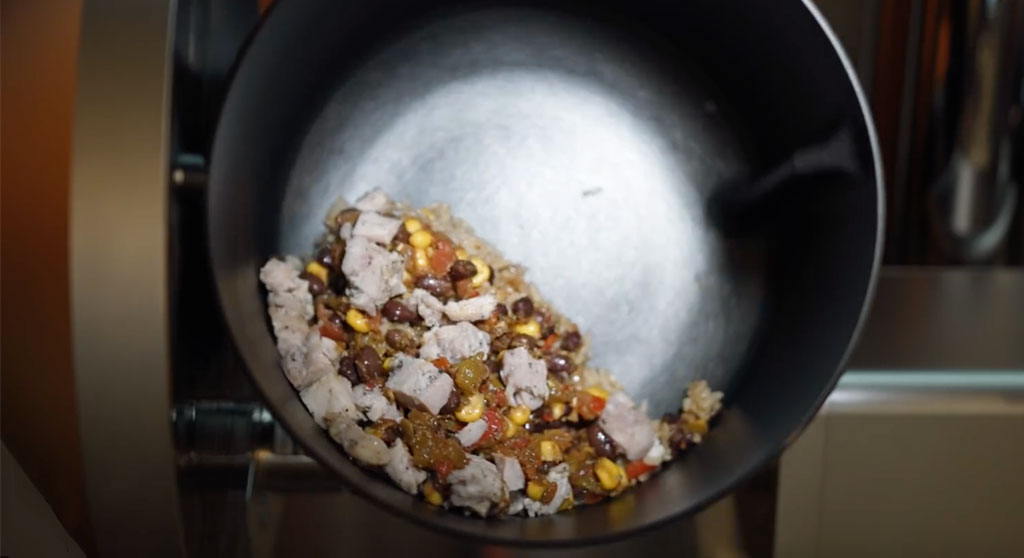 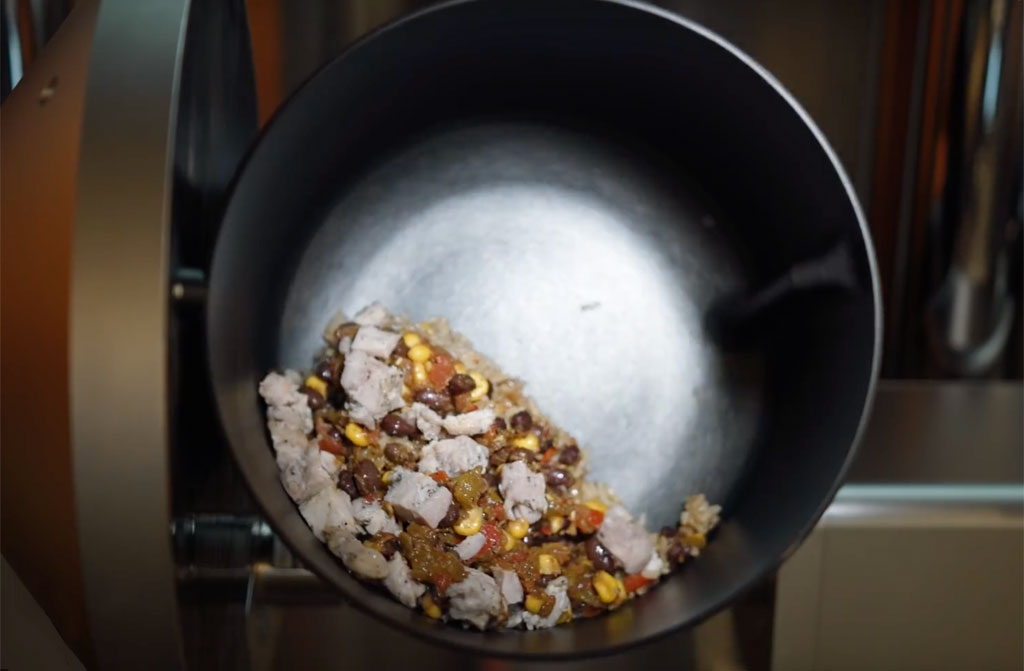 A Spyce bowl is prepared in a tumbler by the eatery’s “automated cooking platform” in Boston’s Downtown Crossing. (Photo: Spyce via YouTube)

Though Spyce has been serving its bowls in Boston for a year and a half, its upcoming opening in the old Chipotle location in Harvard Square will be something new.

The Downtown Crossing location is a grab-and-go affair with only 14 seats, and customers drain away by dinnertime; the Harvard Square location has room for 55 seats inside and will stay open until 1 a.m. (with the 22-seat seasonal patio closing at 11 p.m.), according to an appearance Wednesday before the License Commission that included a pouring license for local wines and craft beers and ciders. It will have a “more experiential vibe,” co-founder and chief executive Michael Farid said.

A stage is being asked as part of the licensing – most likely for monthly classes for schoolchildren who come in to learn about technology and robotics, Farid said. 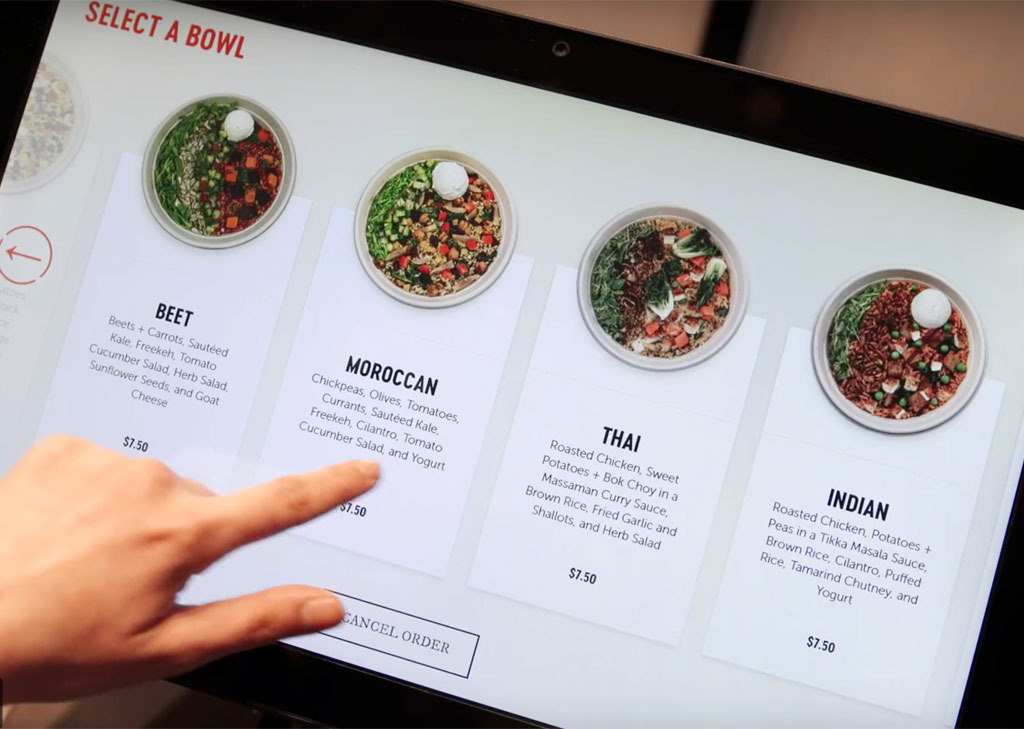 Spyce meals are selected by app or a touchscreen tablet. (Photo: Spyce via YouTube)

Robotics? Right – this Somerville company was founded by Massachusetts Institute of Technology robotics students. “We got this idea in college, when we were having a hard time finding delicious, healthy food at a price point we could afford,” commissioners were told, “and we were all studying robotics.” That led to a model in which food is ordered on a tablet and prepped in a high-tech kitchen, tossed in tumblers before being directed to the right customer by a human “concierge” team.

“We built technology that automates part of the meal preparation process. It’s not automated from start to finish, and the intention was never to do that. But it does automate most of the meal, cooking and assembly process,” Farid said. Somewhat peculiarly, for one or four robotics grad partners, he added that it’s “an automated cooking platform that the media have dubbed a robot.” (The media may also have most dictionaries on their side.)

Spyce, which went from concept to opening in only around 23 months, has had only around an hour of breakdown for its “automated cooking platform” in the entire time it’s been open in Boston, Farid told commissioners.

The dishes include options from Lebanese to Latin bowls, all featuring chicken, as well as versions for vegetarians and pescatarians, vegans and the gluten free. (Chef Daniel Boulud is an investor and signed on in the early stages as culinary director.) A basic bowl is $7.50.

In Cambridge, the restaurant will revive a 1 Brattle Square location that’s been vacant since January, pleasing Denise Jillson, executive director of the Harvard Square Business Association.

“We’re very excited about this just because it’s so different, and appropriate for Harvard Square,” Jillson said. “We just can’t wait for the ribbon-cutting and the patio space. It was largely left unattended with the previous occupant of that space, and we really hope Spyce is going to activate that corner – a pretty sleepy space in Harvard Square.”