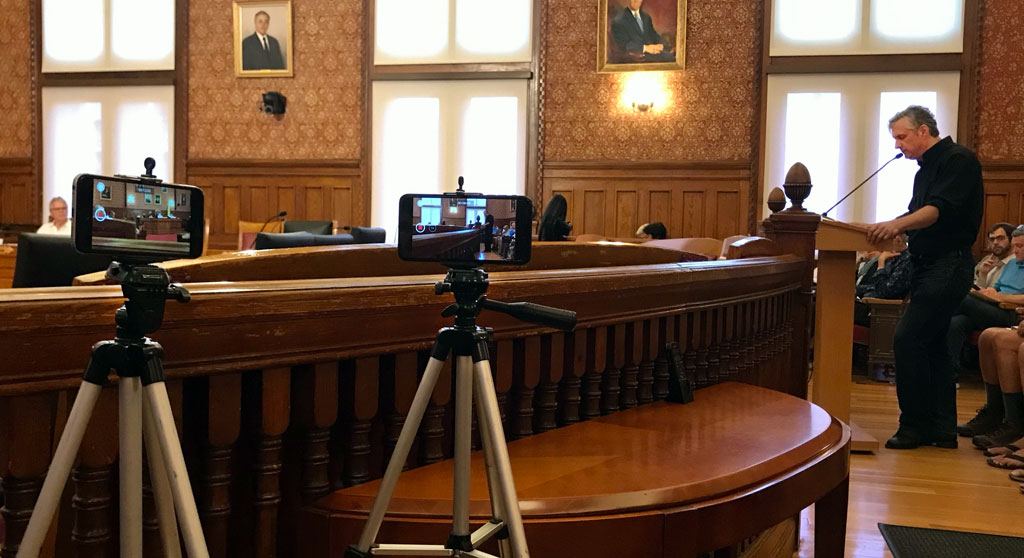 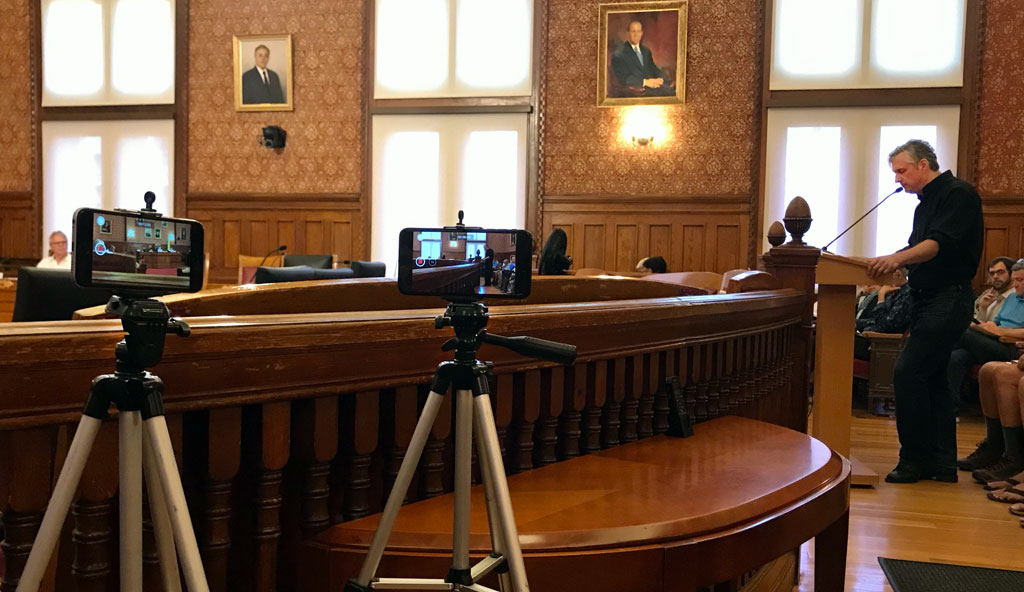 The issue of License Commission oversight before the City Council on Monday is not an abstract one, since it responds to significant amounts of time, energy and money that has been spent – some might say wasted – by residents, lawyers and city and state officials and even a civil rights organization as a result of how commission authority has been used.

A Law Department opinion says commission decisions “must be supported by substantial evidence, i.e., evidence which a reasonable mind might accept as adequate to support a conclusion, and must not be arbitrary and capricious” – but if this were always the case, the use of time, energy and money would not be an issue. It also would be less of an issue that the Law Department also tells us that “the city manager has no legal authority to direct or otherwise influence the License Commission to make or alter any quasi-judicial decision.”

But we’re now one year and three months in on an effort to attack a small business called UpperWest for not breaking any laws and to defend that attack, which has involved not just the License Commission, but the fire department, police commissioner, Police Review & Advisory Board, Law Department, City Manager’s Office, state Alcoholic Beverages Control Commission and now the state chapter of the American Civil Liberties Union.

And to think: All of this because UpperWest set out candles for atmosphere, and fire inspectors told the owners they couldn’t – then, to prove it, showed an inappropriate and irrelevant law about “portable cooking equipment.”

The new legal opinion should focus attention again on how the License Commission found UpperWest (now closed) guilty of breaking a law that doesn’t exist, as admitted by the fire department’s own experts and affirmed by a state panel of judges. What was the “substantial evidence” that showed cause for punishment when there was literally no violation occurring?

Along the way the fire department was caught twice trying to retroactively create a law for UpperWest to have broken, and the police commissioner has equated the potential filing of a complaint with the making of a physical threat – the commission decision leading to a state-level lawsuit from the ACLU.

To get deep into the legal weeds for a moment, City Manager Louis A. DePasquale told the council in an Oct. 7 email that the portable cooking equipment enforcement wasn’t “inappropriate and irrelevant”; it’s just that fire inspectors had “inadvertently mis-cited the proper section of the state Fire Safety Code.” Later, you see, inspectors “properly referenced the applicable state Fire Safety Code section that was being violated [by UpperWest] despite earlier orders not to use lit candles at the licensed premises for fire safety reasons.” Keeping in mind that fire inspectors have never shown a legitimate reason to fear for safety at UpperWest, what was that code section? A public records request the same month confirmed that DePasquale was talking about a state law saying the fire department “shall have the authority to prohibit any and all open flames, candles and open, recreational and cooking fires or other sources of ignition, or establish special regulations on the use of any form of fire or smoking material where circumstances make such conditions hazardous.”

And of course the department does have the authority. It just never used it. That’s why the fire department has been caught twice trying to retroactively create a law for the small business to have broken.

.
Based on the legal opinion offered to the council, what could be done if a city board or commission decision were found to be utterly wrongheaded or even corrupt? What are the checks and balances? The city manager and council have no power to question any License Commission decisions, yet these decisions are, as also described by our Law Department, what the commission does. Chandra Allard, spokesperson for the Treasurer’s Office, which oversees the state Alcoholic Beverages Control Commission, said in December 2017 that the ABCC lacked jurisdiction over the commission, and that the Treasurer’s Office didn’t know if it had authority either.

That leaves a legal appeals process as the sole remedy for a potentially corrupt, abusive series of decisions by a current or future board or commission. But an expensive, yearslong, time-consuming appeals process on a decision-by-decision basis doesn’t alter the underlying problem of potential corruption or abuse. It’s just an attempt to duck responsibility that only makes for bad, inequitable government where those with resources might get justice and others will not. What’s worse is that, also according to the legal opinion given to the council, an appeal of even a transparently bad commission decision would be fought by our own Law Department. (Yet in a search of public records dating back to June 2009, the Law Department didn’t send staff or outside counsel to the ABCC even once to defend decisions made by the License Commission … that is, until July 2018. Since then, three cases have been fought, and two of them have been against UpperWest.)

Can any city councillor explain, having read this legal opinion, how the city handles a potentially corrupt city board and commission and ensures good governance and equity for the citizens, small businesses and taxpayers of this city?