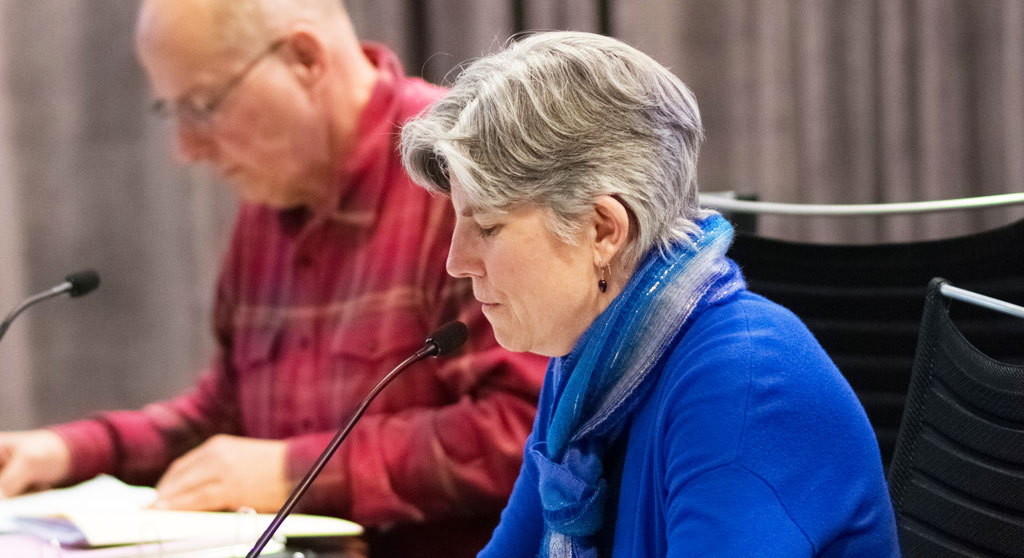 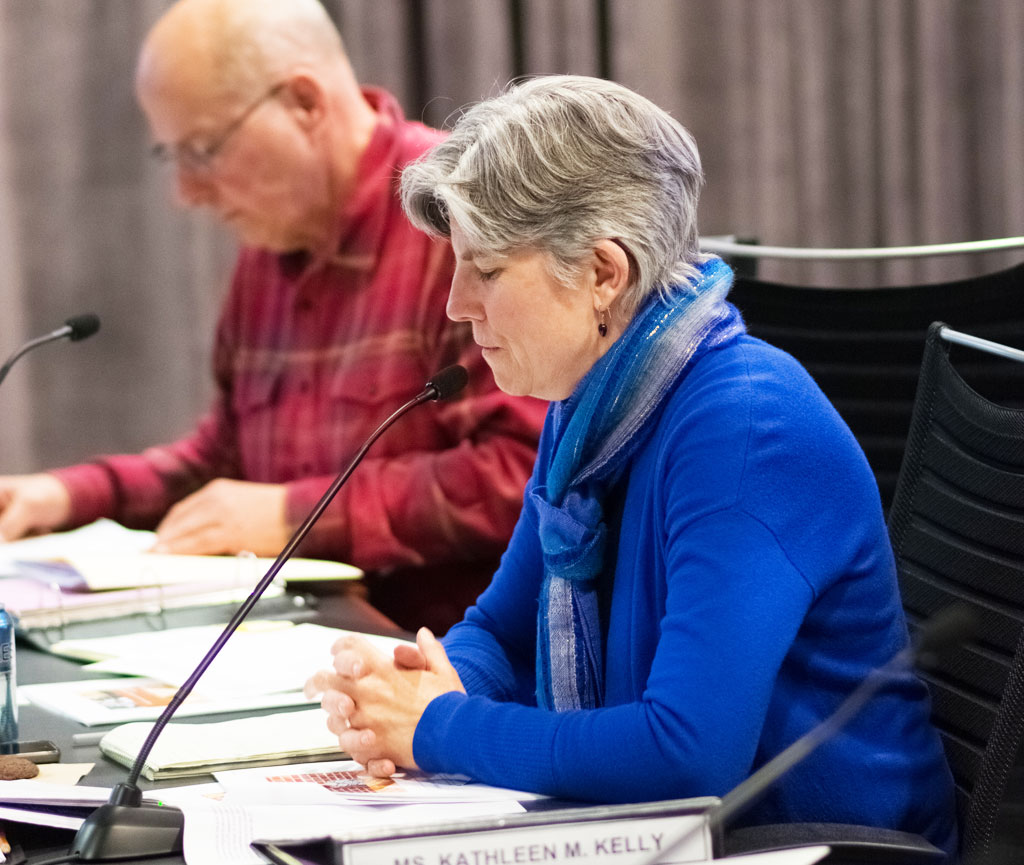 There were many empty chairs and a subdued panel at the School Committee on Tuesday – very different from a week before, when a Dec. 17 standing-room-only crowd spent nearly four hours of sometimes tearful and angry public testimony on the fallout from a racial incident that happened in January.

All committee members were present with the exception of Emily Dexter, who announced her intention Sunday to step down from her third term.

Kathleen Kelly said that tensions among committee members were instrumental in her decision not to run for her own third tern.

“The reason I wasn’t running was because there wasn’t a level of respect among the members on the School Committee and I was tired. And there wasn’t enough self-reflection across the committee,” Kelly said. “I hope that as the new members come to the committee that they will be welcomed and encouraged to share the gifts that they have. This was a very difficult term.”

Another departing member, Laurance Kimbrough, noted that the committee as a whole has been taking policy disagreements personally, instead of as impersonal political differences, preventing the committee from doing its work.

“I will take personal ownership in terms of my inability to recover from that personal harm, and because of that I think I did contribute to the lack of leadership,” said Kimbrough, who served a single term. “I could have done a better job of handling during the course of my time here.”

Mayor Marc McGovern, who won reelection as a city councillor but will not return to the committee in January unless reelected mayor by his fellow councillors, also reflected on the growing stress of being a public official. “I think a lot of what is happening on the national scene, with the way people feel that they can’t talk with each other, has made its way here, and that has made it really hard,” he said.

“The rhetoric, the personal insults and the personal attacks, we’ve got to rise above that, we can’t let the nastiness that’s happening at the national level come here,” McGovern said. “We’re good people trying to do good stuff, whether we agree with each other or not on particular policies …remember that we all want great outcomes for our kids.”

“Let’s remember to be kind to each other,” McGovern said. “We’re here not only here as elected officials. We’re community members too.”

Patty Nolan, who is moving to the council after seven terms on the committee, said she found that “bittersweet” after several days of rage leading to Dexter stepping down.

“It’s been the worst week of my 14 years,” Nolan said. “I’m left with a real sadness that we’ve gone through some really difficult times, and I don’t think we’ve always managed to practice what we preach. I really commit myself to doing it, and I hope everyone in this community does.”

Manikka Bowman, with Fred Fantini one of only two members returning in January, agreed “it has been a very intense week.”

“When we come back, my hope is that we can have a cross-dialogue conversation, because the buildup of what has happened here has made it seem like this committee is the enemy of students,” Bowman said. “Particularly, as a black woman who has fought really hard for transparency, and for a level of justice to elevate the students that came to me, I take this stuff very personally. My hope as we are coming into a new committee is that we all take a deep breath and come back and have the conversations necessary that move us forward, because there’s a lot of pain in the School Committee.”

Superintendent Kenneth Salim, who shared a school and districtwide plan Friday with promises of deeper engagement with the greater community after the break, acknowledged at the committee meeting that “It’s been an emotionally tense time for our schools and our community.”

High schoolers have also been looking forward. Hersh Kanner, a student School Committee member, said student government, the Black Students Union and the Feminism club are moving forward with a policy recommendation on a teacher-student incident-reporting policy – presumably such as the one involving Dexter, who inadvertently said the full “N-word” once in an academic context during a Jan. 10 classroom panel discussion. The school’s mediation group or a guidance counselor would handle incidents involving students.

A new position of “incident counselor” would respond quickly to complaints, investigating and making recommendations for actions that should be taken, Kanner said.

Student groups are working on how committee officials would be part of this program, and the plans will be discussed with the teacher’s union, he said.

McGovern said a “Cambridge Digs Deep” series of talks on race issues had not drawn many students during the past year.

“I think there’s a way to bring young people together with the district in a forum that can be moderated and mediated, where we can really have good conversations on how do we move forward together,” McGovern said.

Kimbrough said he was turned away from youth centers and school buildings when he wanted to talk with students over the past term – barriers that made it difficult to set policies incorporating student voices.

“I think students want us to be engaged in conversation, and I think we need the opportunity to do that,” Kimbrough said. “If we want to hear student voices, we have to find a way to take off those barriers that have intentionally kept us out.”