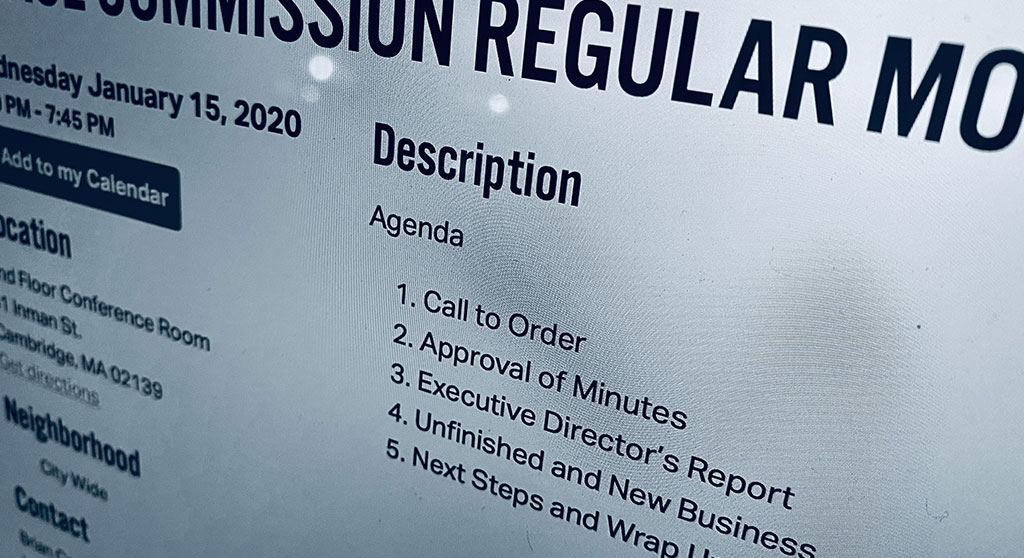 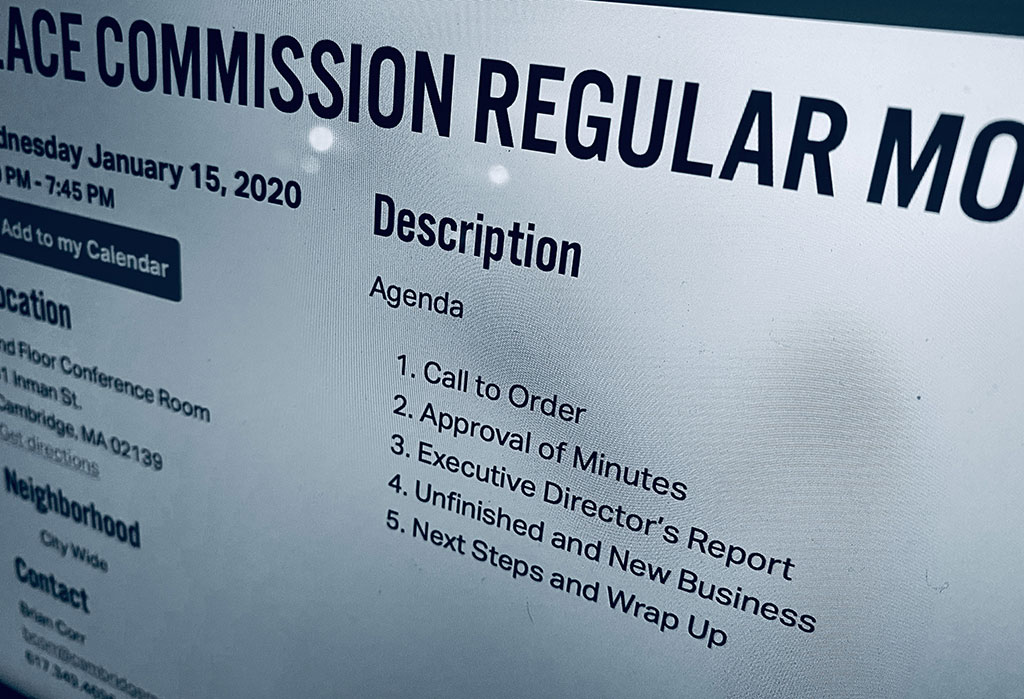 Is it too late for a new year’s resolution? The city should resolve to improve its customer service in 2020 in a few simple ways (and one that’s not so simple):

First, the city maintains a fairly comprehensive calendar of municipal meetings and events, everything from City Council committee hearings to “Lego time” at the library. There’s also an “Open Meetings Portal” focusing on meeting groups that sometimes offers a more direct path to agendas, videos and the like. While each system has its virtues and flaws, and should be merged into a single, feature-rich platform, the biggest problem is that School Committee content is kept separate – the sort of decision that makes sense from a technocratic point of view and no sense from the point of view of the taxpayer and citizen. Stop segregating this information.

Experiencing and engaging with education-focused meetings is also totally different online than it is with essentially every other public body, which is ridiculous. The city and school district have each arrived at what is presumably their best technological solutions after comprehensive processes. But checking a meeting agenda and watching and interacting with the live stream or the recorded video of a meeting are not actually different for the City Council and School Committee from the point of view of the taxpayer and citizen, so the differences between these systems make no sense for them. Align these systems once and for all and keep improving both, together. (Hint for this not-so-simple step toward improvement: The municipal systems are better than the school district’s systems. But neither are great.)

The agendas posted by municipal bodies continue to be of wildly varying quality and usefulness. If the average person can’t look at an agenda and understand exactly what will be talked about and why, there’s no point to posting the agenda. But since the point of posting the agenda is actually governmental transparency, the answer is not to stop posting, but to improve the agendas that are posted. The Police Review & Advisory Board, which was found last year to have violated state Open Meeting Law, mulled a look at how police interact with the homeless at its April 24 meeting, for instance, but its agenda described that as a “Discussion on Proposed Advisory from Board Member Robitaille,” which is meaningless aside from meaning that no citizen with anything to say on the topic knew to appear for public comment. Since member Ted Robitaille obviously knew before coming in the topic of his own remarks, this is nothing more than a great strategy for a city that likes to pay lip service to public engagement; executive director Brian Corr makes equally dismal flails at engagement at his Peace Commission. What’s the point?

It’s the calendar itself that’s problematic for the License Commission. Unlike every other municipal body, which hold their meetings at predictable times and days, the commission has been jumping its meetings around from day to day, so a hearing might show up on a Monday, Tuesday or Wednesday, and in the morning or afternoon. It’s just another example of the opacity of a body that city councillors Marc McGovern and Quinton Zondervan vowed last year to address, and the commission should simply say it will hold meetings at consistent days and times.