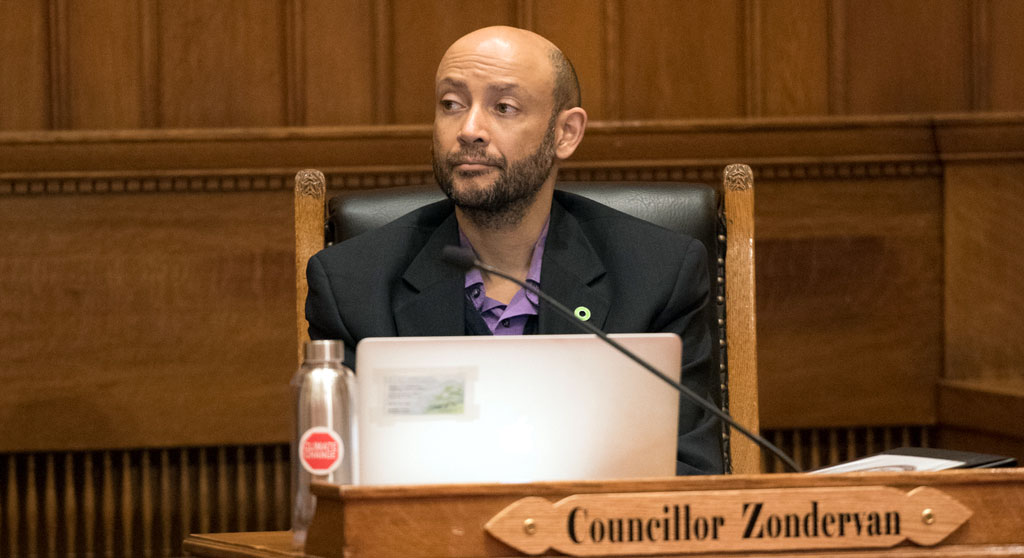 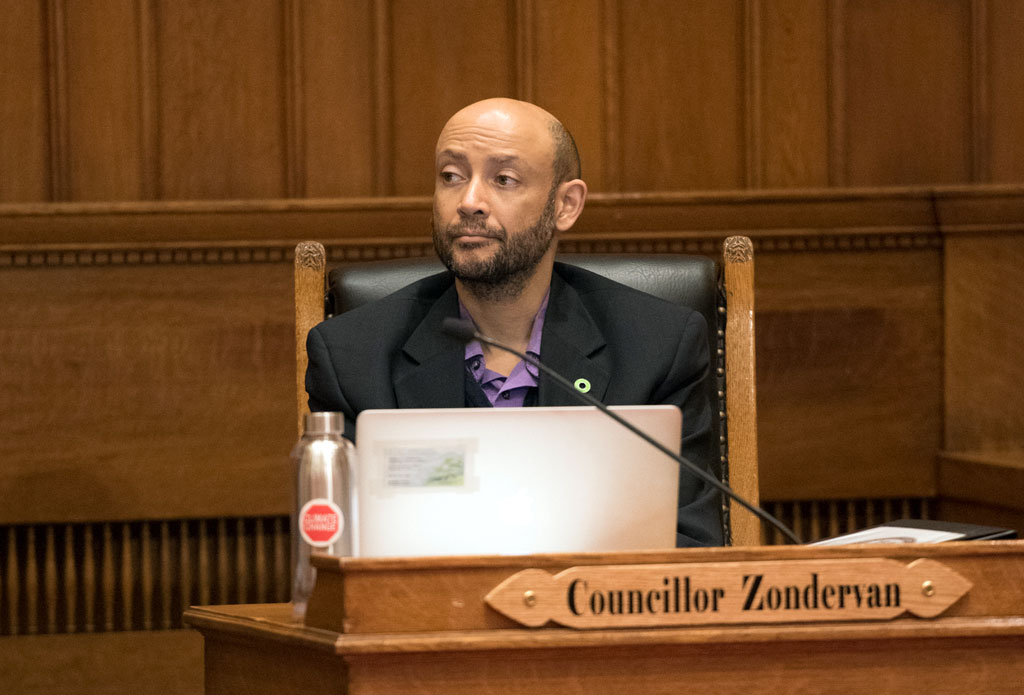 City councillor Quinton Zondervan, seen in 2018, says he will be looking into reconfiguring the License Commission. (Photo: Ceilidh Yurenka)

The limits on oversight of the License Commission described in a legal opinion sat poorly with some city councillors Monday, with one promising a look at reconfiguring the body in his next term.

“I will be looking into that, because the current state of affairs is not acceptable – that we have essentially no oversight over this commission,” said councillor Quinton Zondervan, who asked for the legal opinion at a July meeting while also seeking a municipal apology for the owners of the UpperWest bar that closed recently in North Cambridge.

In its current configuration of a chair appointed by the city manager, the police commissioner and acting fire chief, the License Commission has been a “black hole” of information that complicates council efforts at helping constituents who are distressed or confused by the actions of the commission, Mayor Marc McGovern said.

“I agree with the frustration about oversight,” McGovern said. “What I’m concerned about too … is trying to just get information to do my job as an elected official to help someone understand what happened to them, and I get met with ‘You have no authority over us, and we don’t have to tell you anything.’”

The Law Department opinion explained that as a quasi-judicial body, the commission is under the general authority of the city manager, but that the city manager “has no legal authority to direct or otherwise influence the License Commission to make or alter any quasi-judicial decision” – and neither does the council. But McGovern said while he wasn’t interested in influencing board decisions, “it doesn’t feel great as a representative of the community to say, ‘I can’t even get a question answered for you.’”

That would be a focus of a roundtable with the License Commission that McGovern had planned to hold this year, but – as a result of waiting for the Monday legal opinion before holding it – now looked like it would come next year. A new council will be seated then, with a two-member turnover and potentially a different mayor.

Without answering for commission staff who weren’t present, city solicitor Nancy Glowa told the mayor that there were “many areas of inquiry that would be permissible for the council to ask how business is conducted, generally.” The commission has been contacted for comment.

The roundtable would identify what kinds of commission business could be open to inquiry and which would be off-limits to the city’s elected officials and legislators, City Manager Louis A. DePasquale said.

The commission was created by a special act of the state Legislature in 1919. Glowa said she would have to analyze current laws to see what kind of reconfigurations are permissible when seeking new legislation.

“A law that doesn’t exist”

The commission is “required to exercise sound judgment” and its decisions “must be supported by substantial evidence,” according to Glowa’s legal opinion, leading Zondervan to inquire about specific commission findings: that the co-owners of UpperWest were guilty of setting out tea light candles for atmosphere when fire inspectors said they could not, citing a law against “portable cooking equipment.” The commission also found against UpperWest for the owners’ arguments with the fire inspectors who threatened to shut the business down over the incorrect law, calling the arguments threats and intimidation. The state Alcoholic Beverages Control Commission overturned the city commission’s ruling on the candles, but agreed about the threats and intimidation – drawing a First Amendment lawsuit from the state chapter of the American Civil Liberties Union.

“How are we supposed to interpret those actions as members of the public and members of this council when the License Commission is effectively trying to enforce a law that doesn’t exist?” Zondervan asked.

That was incorrect, Glowa said, because the ABCC thought there was evidence that UpperWest violated a different section of the Fire Safety Code that the city didn’t cite. “I would note that there is clear case law of ABCC decisions that specifically says that even if you cite to the wrong section, if the ABCC finds that a violation was committed, they can uphold the local board’s determination that there was a violation. So they’re not actually following their own precedent,” Glowa said.

It was Glowa’s department that defended the License Commission’s decision before the state board. No appeal of its decision has been announced, and she didn’t speculate why the ABCC declined to find UpperWest guilty of a violation that the city didn’t cite.

“The city has acknowledged that the fire department cited to the wrong section of the fire code. And that was a defect in the proceedings,” Glowa said.

The city argued throughout the UpperWest case that the fire department has the authority to ban candles, but at the time it threatened to shut the bar down, no such law existed – which is why, when the owners asked repeatedly in an email correspondence to know what law was being applied, they were shown only an irrelevant one about portable cooking equipment. When UpperWest continued to ask for clarification, responsibility for the fire department correspondence was taken over by Glowa, who never responded.

Owners Kim Courtney and Xavier Dietrich first clashed with the commission in 2014, forced to walk away from a Mid-Cambridge location by commissioners who sided with a local business who didn’t want competition. Opening near that business, the Garden at the Cellar bar and restaurant at 991 Massachusetts Ave., “devaluates their license,” said the fire chief at the time, Gerald Reardon.

After UpperWest opened in North Cambridge in 2017, everything was initially peaceful. But in February 2018, Courtney, a lawyer, filed a legal complaint with the city representing six business owners whose once-valuable and expensive licenses had been stripped of all value through city actions.

UpperWest is now closed, leaving its 1 Cedar St. basement space after news that the owners at the United American Veterans were seeking to sell the property.