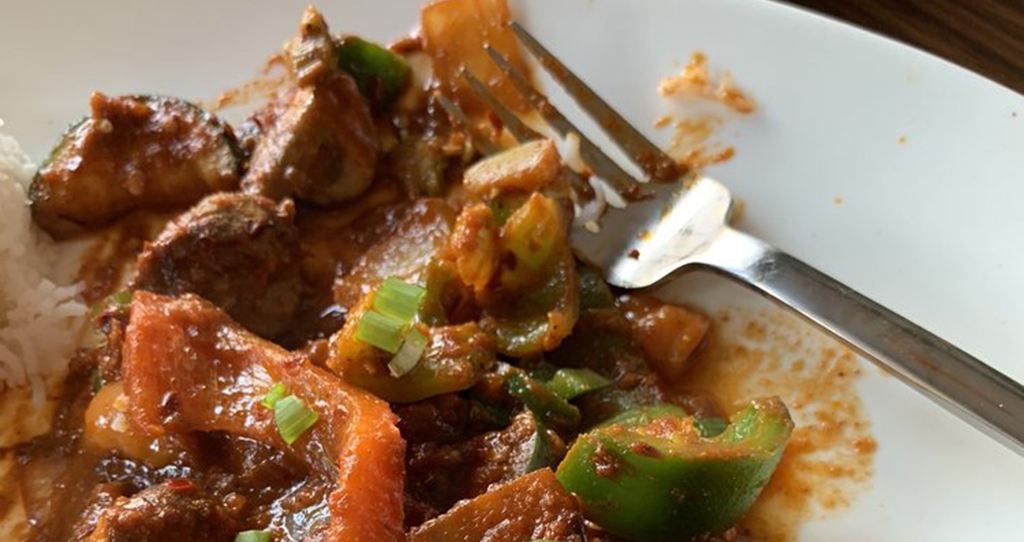 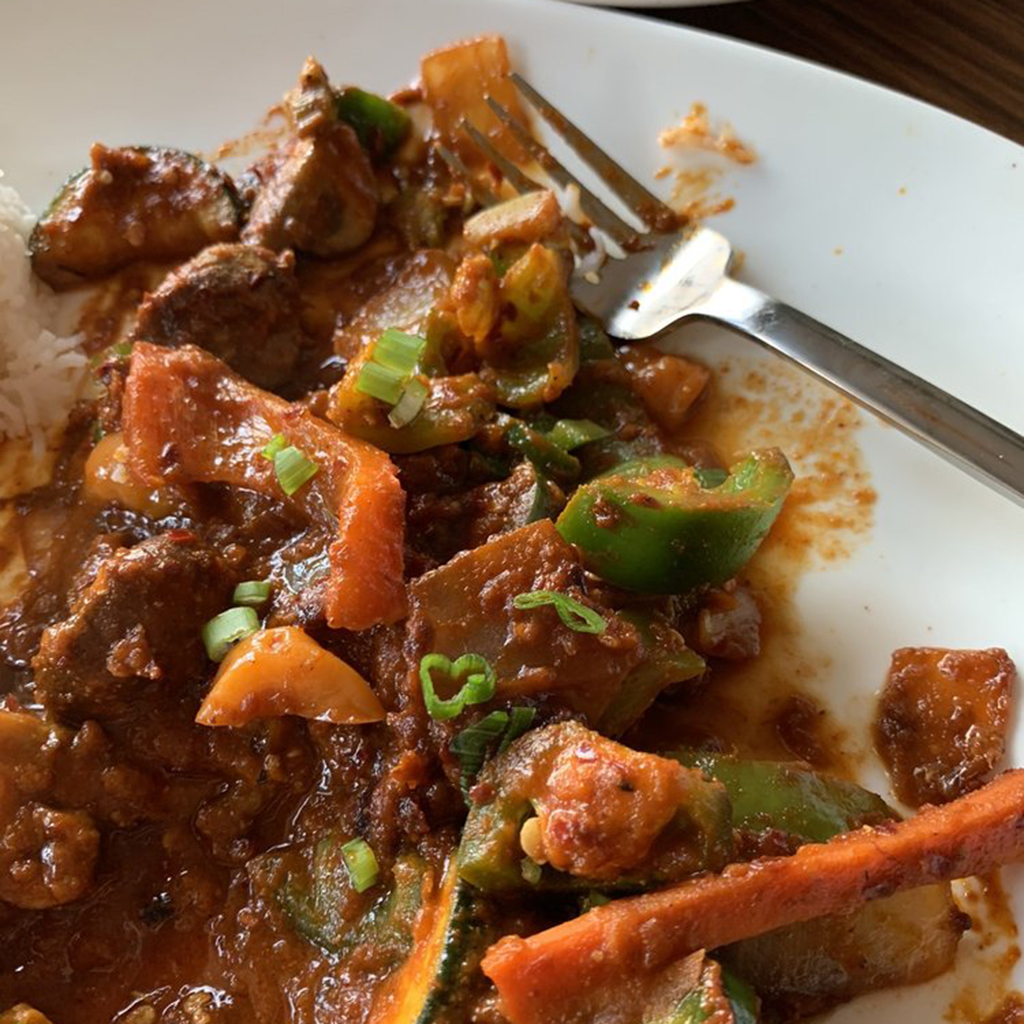 The Lamb mushroom curry at Base Crave. (Photo: Simon L. via Yelp)

A Huron Village restaurant was approved for a name change Wednesday under threat from a national chain, underlining its complete transformation after vows of continuing the mission of Full Moon, the restaurant it replaced after 23 years.

The Nepalese “fusion” restaurant at 344 Huron Ave. will be called Base Crave after a short run as Melting Pot. “We don’t want to be sued,” owner Bhola Pandey said, explaining to the License Commission that his independent restaurant had received a cease-and-desist letter from the Melting Pot chain of more than 105 fondue restaurants, founded in 1975 and based in Tampa, Florida.

The restaurant, which opened in January, won approval in October with attorney Joe Devlin telling the commission that Pandey planned to be “running it exactly as it is now,” meaning as Full Moon operated. “I don’t want to insult anybody who might be here [from other parts of Cambridge], but he called this the best neighborhood in Cambridge, and it only had two restaurants – and this is really well run. So he’s buying it to run it as in, not to change anything about it.”

Yet when it opened, it was with Nepalese dishes such as Gundruk Soup, Sweet Potato Chhoila and Calamari Bhuteko.

Reached Jan. 13, Devlin said he worked with Pandey only for liquor licensing and has had no contact since. “I stated [to the commission] what was my understanding of what he told me,” Devlin said of Pandey, suggesting Pandey’s English “was not super strong.”

But on Wednesday, Pandey could communicate clearly in English.

So why did the restaurateur promise city officials his place would be run “exactly as it is,” aside from Sarah Wheaton taking the Full Moon name with her upon closing in November?

What the attorney should have said was that there would be no structural changes to the Huron Avenue space, Pandey said. The commission was given a copy of the menu in October so it wasn’t taken by surprise.

At one point, Pandey said he had not been at the commission meeting to correct Devlin. When told he had been seen at the meeting, he agreed he had been there.

Why didn’t he correct his attorney when he lied to the commission?

“I was sitting right there, but he was talking, and I thought I would not interfere while he was talking,” Pandey said. “He called me later and I said, ‘Why didn’t you do the menu?’”

A similar dynamic has played out in hearings over the years. One striking example: In July 2014, Cilantro Chinese Cuisine in Mid-Cambridge came before the board to replace Cancun Taqueria, a Mexican restaurant that drew praise for its authenticity, with attorney Chung Lee telling commissioners “We are not making any changes to the restaurant. It is a straightforward purchase … What we will be doing is changing the name from Cancun to Cilantro Grill and perhaps add Oriental-type items on the menu.” He said he had a current menu “as well as perhaps proposed additional items” that he presented after testimony, repeating that “basically we are not proposing any changes.”

Then fire chief and commissioner Gerald Reardon confirmed that the new owners’ “intent is pretty much keep the Mexican theme and add an Asian flair?” To which the attorney agreed: “Some Asian flair to it. I mean, if there are changes in the future, we’ll certainly come back to this board to ask for permission.” But Cilantro opened a few months later with Asian food, Eater reported; and when the restaurant returned in March 2015 to get a liquor license, the attorney described it as “serving primarily Asian-Taiwanese type food with soups and whatnot.”

This post was updated Feb. 2, 2020, with information about Cilantro Chinese Cuisine.