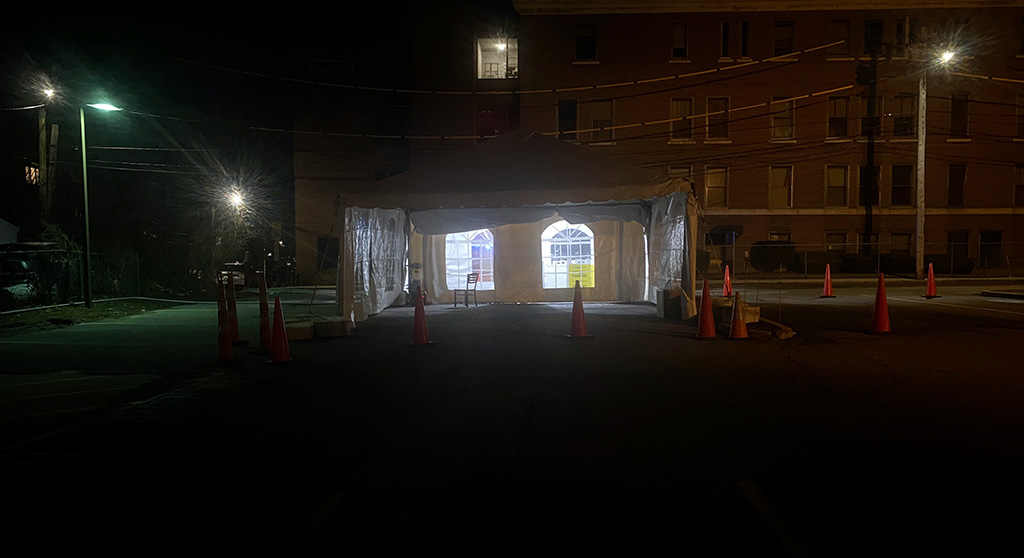 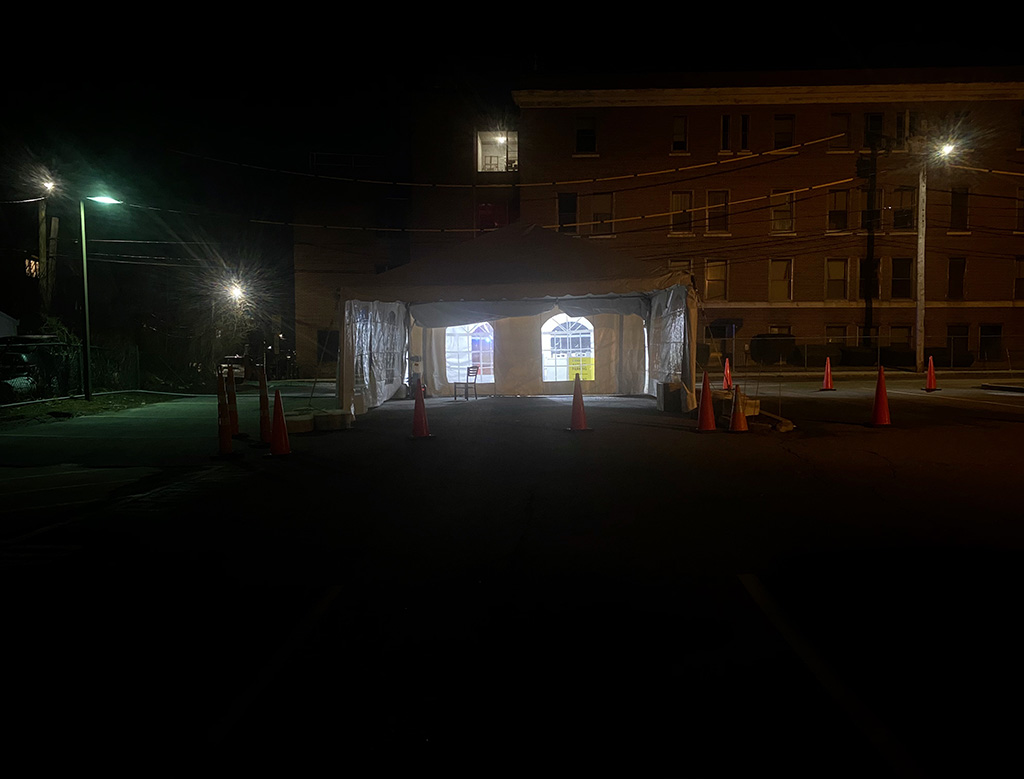 Cambridge Health Alliance officials could be having second thoughts about opening two more Covid-19 mobile testing sites as health care organizations grapple with a shortage of test kits and other necessary materials. “There aren’t any immediate plans to open additional sites,” Chief Public Health Officer Claude Jacob told city councillors Monday. “There is still a problem” with swabs and test kits, he said.

Jacob’s statement came as the number of Cambridge residents infected with the coronavirus climbed to 24 on Tuesday and the city announced it would carry out Gov. Charlie Baker’s ban on gatherings of 10 persons or more, his advisory urging people to stay at home and his order that all nonessential businesses close starting Tuesday.

On Monday, the number of cases stood at 20. Jacob disclosed that three of the 20 residents are in the hospital. On March 16, the last time officials provided details on people who had tested positive, one person out of seven residents with the virus had been hospitalized.

Most of the Cambridge residents who are infected are women, Jacob also said.

The details the city has provided on the Cambridge Public Health website and its own site had narrowed as the outbreak had worsened, recently providing only the number of cases without disclosing residents’ sex and age. That changed on Tuesday, with a graph showing the sex and age in decades of victims. According to the data, the youngest case is a female between the age of 10 and 19 and the oldest is a man 80 or older.  Sixteen of the 24 are women. The age groups with the most victims are from 20 to 29 and 30 to 39, with six cases each. Three people, a woman and two men, were 70 or older. Age was not reported for one female. The graph can be found at https://www.cambridgema.gov/covid19/casecount

Jacob said local health officials know far more, including neighborhoods where people with a positive test live. It can help the department identify clusters of cases and other details that help with prevention, but cannot be made public because of privacy safeguards, he said.

On Friday, the Boston Business Journal reported, the state’s Department of Public Health asked hospitals not to disclose how many people were waiting for coronavirus test results, or what the results showed, although the choice was “entirely up to individual hospitals” and the state would still show test totals.

As expected, the number of positive cases is ballooning as more people get tested. When the Alliance mobile testing site opened Wednesday in a parking lot next to Somerville Hospital, officials said two more mobile facilities would open in the next several days. CHA chief executive Assaad Sayah also said the Alliance was working on its own test; last week it was collecting samples and sending them to a private laboratory for analysis.

As of now, only Alliance patients can get tested at the mobile site; Sayah said Wednesday that the health care system intended to open its testing facilities to the public later.

At Monday’s council meeting, vice mayor Alanna Mallon said “it feels a little strange to have it open only to certain patients” and asked when the Alliance would broaden the service. “I’m not aware of any plans” to do so, Jacob said. He added that the Alliance might offer testing at a “Cambridge locale” to “public safety and first responders” who are not CHA patients.

Public health nurses at the local health department must trace the contacts of every person who tests positive as well as check on their health and the health of others who are in self-quarantine. Jacob said three nurses are working 12 to 15 hours a day, seven days a week. They have monitored 125 people since February, he said.

Five other nurses who worked in the schools are helping at the mobile test site in Somerville, collecting samples from patients, Jacob said. Another 10 school nurses are working at an Alliance call center set up to respond to calls from patients with possible symptoms of the virus, he said.

Cambridge will get $100,000 from the state to help the local health department carry out its responsibilities in the Covid-19 emergency, officials said Thursday. Cambridge Health Alliance has posted a plea on its website seeking donations of masks and gowns.  The Alliance is now asking for homemade masks, as well. On Sunday, it posted instructions and a pattern on its site, which can be seen here.  The city said Tuesday that firefighters and police helped distribute 50,000 masks and containers of hand sanitizer donated by GCP Applied Technologies, a construction products company based in Cambridge. The items went to CHA Cambridge Hospital and Mt. Auburn Hospital.