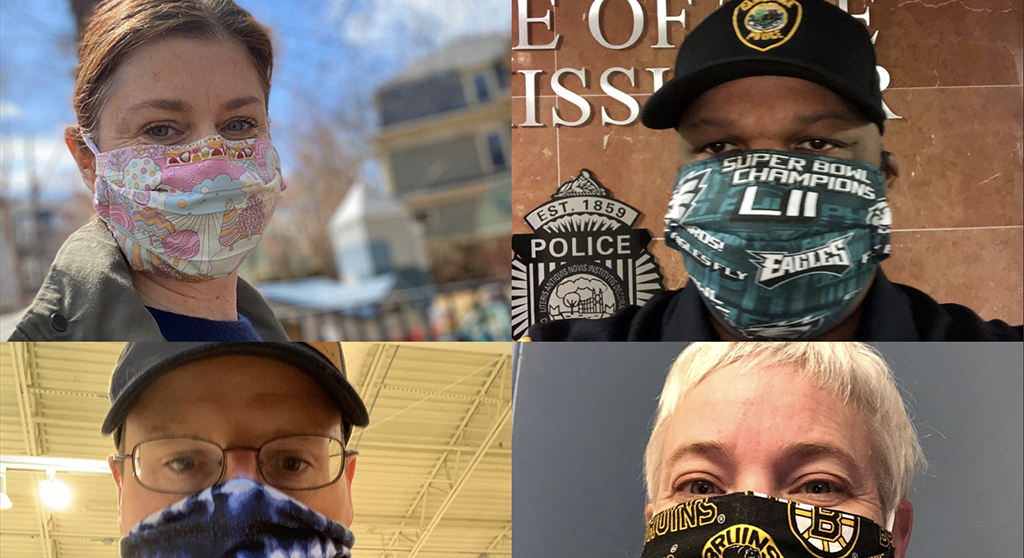 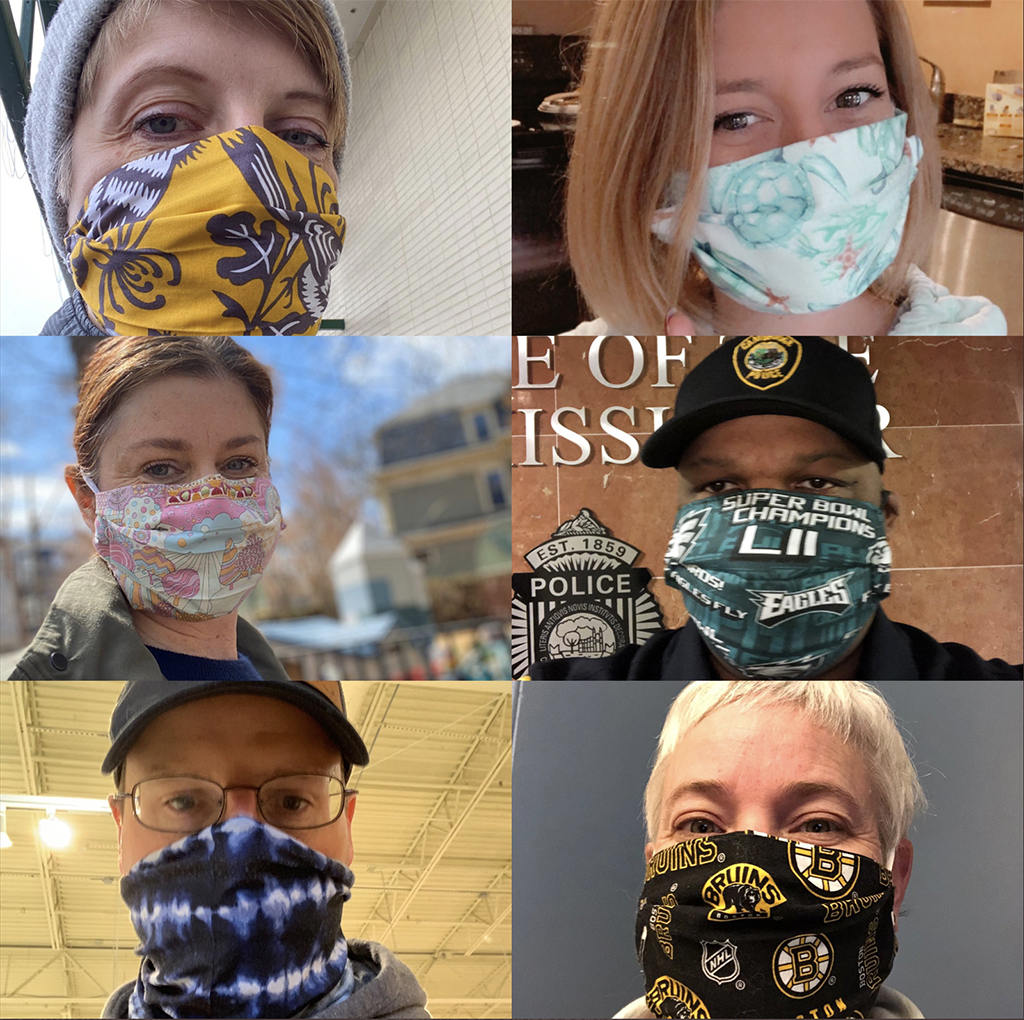 The wearing of masks is modeled – including by city councillor Alanna Mallon and police commissioner Branville G. Bard Jr. in the middle row – in an image release by the City of Cambridge.

Thousands of masks will be distributed by police officers to residents beginning Thursday, the day after their wearing becomes mandatory by city order and people without one might risk a $300 fine.

“The city’s order requiring face coverings in public settings is intended to protect our residents – not punish them,” Mayor Sumbul Siddiqui and City Manager Louis A. DePasquale said in a joint press release Wednesday. “We have built in a one-week grace period. Following that timeframe, our police department will exclusively focus on education for a few weeks when encountering someone without a face covering.”

After that, education will stay the “primary focus,” the city leaders said, because “face coverings are not simply about protecting the person wearing it – they are about protecting others in the community, and we all must do our part.”

City councillors expected to discuss an order for mask wearing at their Monday meeting, but the city manager jumped ahead of it by announcing his order. A few moments of discussion followed in which councillor Patty Nolan expressed concern about “unintentional racial profiling” and the “draconian” nature of the fine.

On Wednesday morning, councillor Quinton Zondervan said he agreed. “The city manager’s preemption sidelined the voice of the council and our democratic process, which would only have improved the policy,” he said via Twitter. “There wasn’t enough discussion of the immense potential for bias in enforcement, especially given the announced $300 fine.”

The mask order had already been revised once, on Tuesday, to iron out some policies and inconsistencies with the rules as announced.

Zondervan suggested further than police hand out masks, a “proactive” approach that was being taken in a similar Somerville mask order. “I expect to not hear any horror stories stemming from this policy, and ideally there will be no enforcement at all,” Zondervan said.

The city press release followed some three and a half hours later.

“The priority for our police officers is to not issue fines, but rather to make residents aware of the importance of wearing a face mask and provide them one if needed,” police commissioner Branville G. Bard Jr. affirmed in the press release.

Many of the masks to be handed out were donated by the Massachusetts Chinese Community and Fo Guang Buddhist Temple to Siddiqui’s office, a city spokesman said Wednesday. They will be made available to residents on a first-come, first-served basis while supplies last, and quantities will be limited to the number of residents in a household.

In addition to being distributed by police officers in marked cruisers, in a dispenser outside police headquarters at 125 Sixth St., East Cambridge, and by homeless outreach officers, masks will be made available at the city’s school meal distribution sites and at drive-through sites at the Tobin and Kennedy-Longfellow elementary schools from 3 to 5:30 p.m. Monday through Friday and 11 a.m. to 1 p.m. Saturday and Sunday.