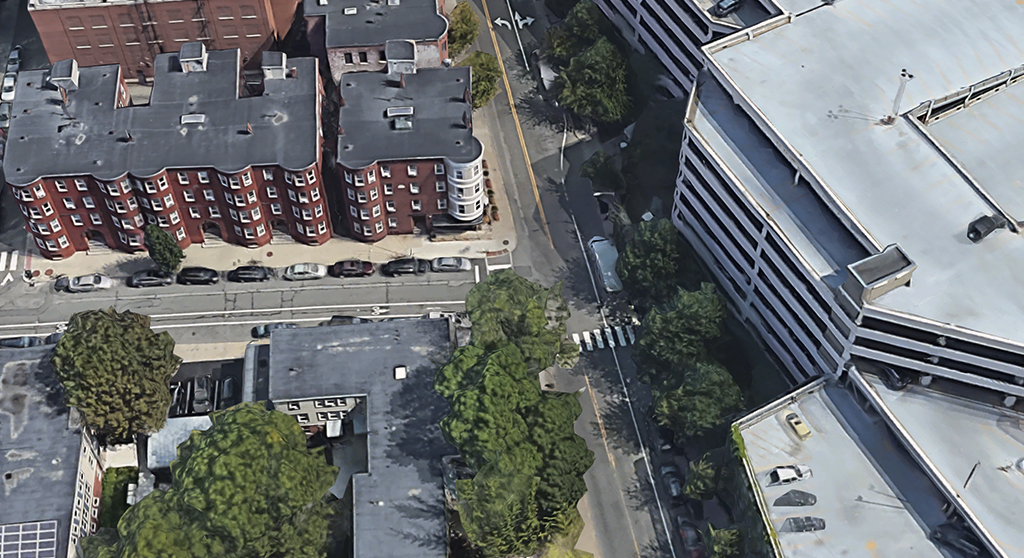 After an incident Saturday at Harvard and Portland streets, a car was seen driving South to Main Street. From there it went to Boston, police say. (Image: Google)

A suspect in a “brazen” Saturday evening shooting was arrested Sunday morning without incident, police said.

Sage Ballard, 19, of Cambridge, was arrested outside his home and charged with armed assault with intent to murder, carrying a firearm without a license and discharge of a firearm within 500 feet of a building after a 7:16 p.m. incident at Harvard and Portland streets, where multiple shots were fired at a fleeing car, police said.

During the investigation, Cambridge police shared information with Boston police about the incident. Boston police found the bullet-ridden car – last seen by witnesses in Cambridge speeding toward Main Street – within an hour, and it was taken into custody and its occupants were identified and interviewed, said Jeremy Warnick, director of communications and media relations for Cambridge police.

Police are still investigating and couldn’t explain certain details of the case – including why Ballard might have fired his gun – until after the arraignment, Warnick said.

“I want to commend the members of the community who supported our investigation, as well as our officers who were quickly able to make an arrest following this senseless violence,” said Cambridge police commissioner Branville G. Bard Jr. in a press release. “This was a brazen and unacceptable act and we were fortunate that nobody was injured.”