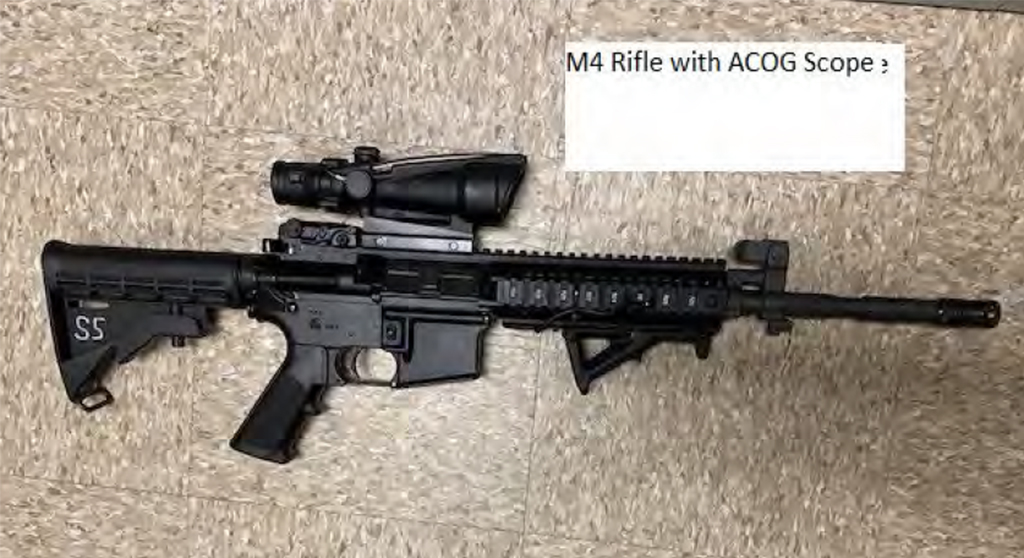 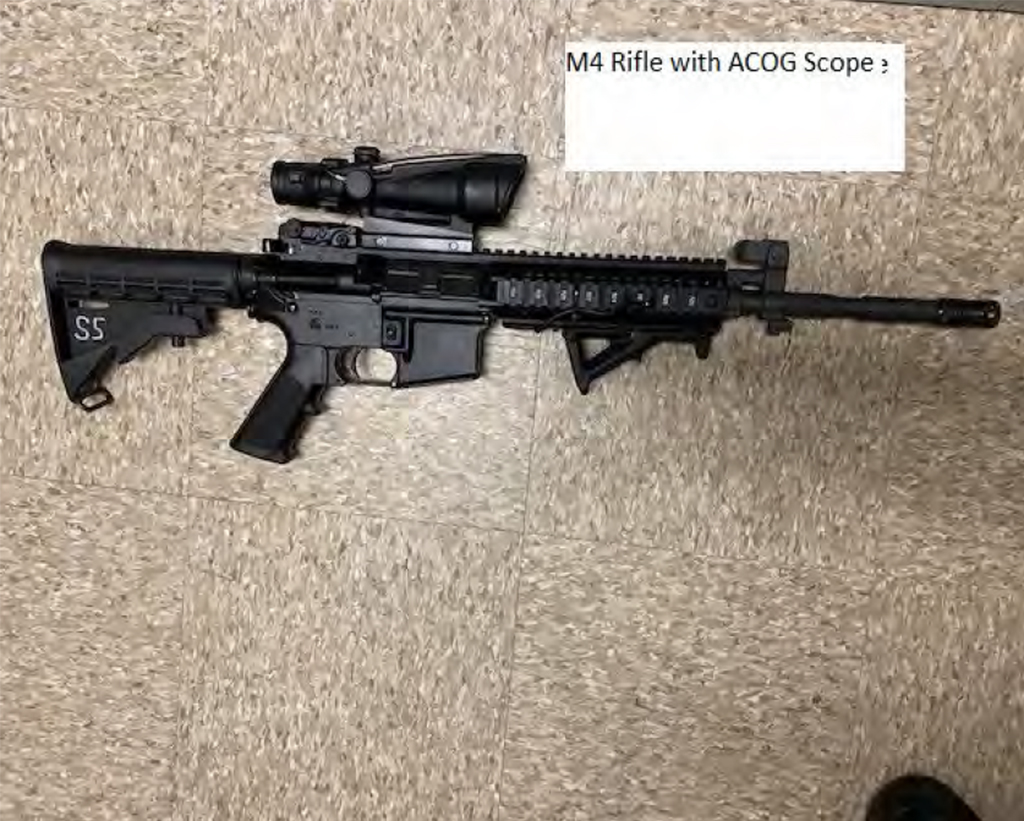 Police included a photo of one of the department’s M4 rifles in a list of property.

Police face a complicated conversation Monday, as a list of department property has arrived amid a debate about militarization to which the commissioner has denied to the City Council that it has any military equipment “at all.”

To the average person – and even to a resident who cites military service in Afghanistan and dissected the police response in a Twitter thread Thursday – the police department’s response looks in need of further explanation.

The list was ordered by councillors June 29 during a nationwide conversation about police response to even nonviolent incidents and low-level offenses that too often results in the death of suspects, mainly of people of color. The “defund police” movement seeks to redirect to other departments the handling of noncriminal activity and complaints relating to such issues as homelessness and mental health; with a list of equipment, there could be “a conversation with the commissioner about what equipment we really need and for what purpose,” city councillor Quinton Zondervan said in June.

The order to see the list, made with councillor Jivan Sobrinho-Wheeler, looked initially uncomplicated – the department is required by law to present such an accounting annually for presentation to the City Manager’s Office, and is a public document.

But the conversation was contentious, with councillor E. Denise Simmons blocking it temporarily as “a pointless endeavor” and police commissioner Branville G. Bard Jr. saying the perception of a militarized Cambridge Police Department was unfounded. (The council conversation also alluded to “military-grade” equipment, which adds a rhetorical wrinkle.)

Nor is it clear that the police were complying with the law to produce the annual report, except in direct response to prodding by the council.

Resident Xavier Dietrich made a public records request June 25 for the listing and was told by the city’s public records access officer that “the city does not possess documentation responsive to [the] request.”

The council’s June 29 order for the list to be produced by Monday’s midsummer meeting added a request for “photographs, where possible” of the equipment.

The list of materials and property ranges from 69 office staplers to an “Open Vision X-Ray System” that lets the department’s bomb robot detect explosive devices.

Crowe’s reading of the documents focuses on weapons, including 49 Colt M4 rifles that he called “a lighter version of the U.S. Army’s iconic M16 rifle [that] has replaced the M16 as the standard U.S. weapon for most ground forces. I carried an M4 just like CPD’s in Afghanistan. CPD even bought the same sights that I had in my light infantry unit fighting in the most contested province of the country.” He also said the department had “lied by omission” in responding via social media to a resident’s question about the weapons by saying “the CPD does not have any M16s.”

“Holy smokes, CPD has 14 H&K MP5s,” Crowe continued. “This weapon was developed for West German special forces, and many variants have been produced. Versions of the light assault rifle have found their way into the hands of most of the world’s militaries, including US Navy SEALs.” In a few cases, he provided photos of military forces carrying weapons that seemed to be the same as those shown in the department’s photos.

He went on to point to the department’s sniper rifles; comment ironically on “some totally normal police uniforms that CPD owns” because “actually, these look just like [camouflage] I wore on my first deployment to Afghanistan”; and the “armored personnel carrier” that the department has referred to as a rescue vehicle.

“Far from having no military equipment, Cambridge Police has lots of military equipment. They have assault rifles, light machine guns, grenades and camouflage uniforms. They have an armored vehicle that belongs in Afghanistan,” Crowe said online. “CPD is a fully militarized police force.”

The entire thread is here.

Jeremy Warnick, director of communications and media relations for Cambridge police, was away through Sunday, but a request for comment was emailed to the department shortly before publication. This story will be updated if there is a response.

In responding to Crowe’s analysis on social media, councillor Marc McGovern gave a hint at how some of Monday’s conversation might go: “This list is disturbing. I had no idea we had all of this,” McGovern said. “There may be good explanations for some [of the equipment], but this list is excessive.”

Councillor Patty Nolan, meanwhile, said she saw numerous weapons in the inventory “that should and must be considered ‘military-style’ and do not belong in Cambridge … I do not see the need for much of this weaponry.”

Sobrinho-Wheeler’s emailed newsletter over the weekend said only that the department’s report would be “helpful in guiding” conversation at council and Public Safety Committee meetings. But he included a screen capture from the document that showed the M4, Benelli Super-90 12-gauge rifle and two versions of the MP5, which Crowe had identified as used by Navy SEALs.