Skilled at making something out of nothing, such as potentially fatal delays in funding arts 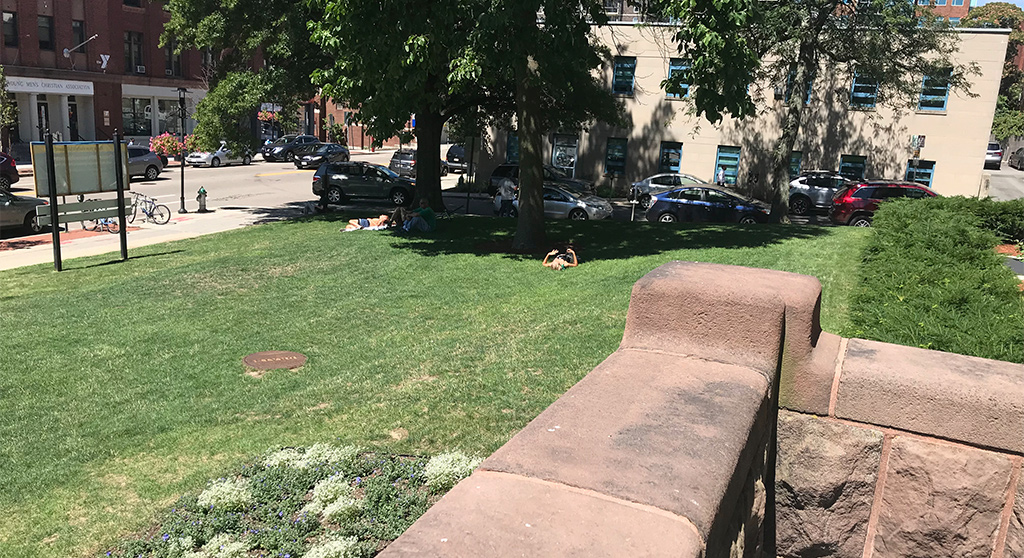 Skilled at making something out of nothing, such as potentially fatal delays in funding arts

A lawn where nothing happens: Like one future for our creative nonprofits
By Marc Levy 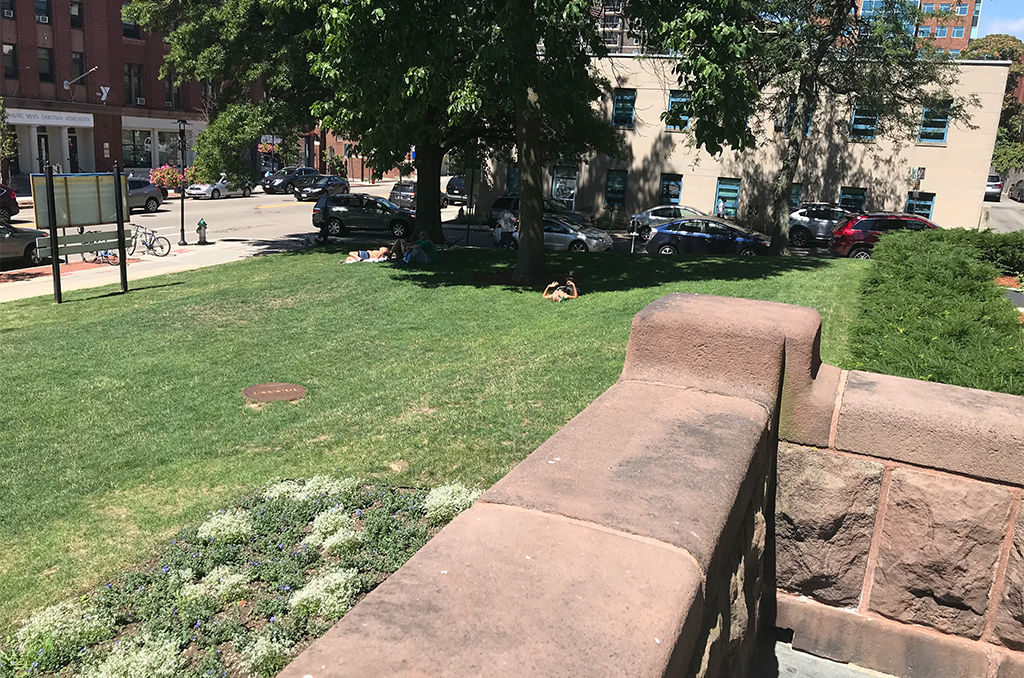 City Hall lawn in August 2018, the month after city councillors got the thumbs-up on a plan to activate the area with games, food trucks and entertainment. (Photo: Marc Levy)

The arts celebrate making something out of nothing – drama, comedy, dance, music and visual art come from the imagination and talent of people, and only secondarily can what emerges be credited to props, a specific instrument or a palette of oil paint and the right kind of brush. In a way, the arts repeat that miracle for the city, because out of nothing but imagination and talent come what was, until recently, our $175 million annual arts economy. It’s now surely far less, and will just as certainly keep falling.

With the bleeding of the makers of art from Cambridge and a coronavirus crisis that canceled their connection with consumers of the arts, that’s getting worse.

Creative nonprofits citywide, some of them clinging precariously to existence, hoped to get relief from an expansion this summer of the Mayor’s Disaster Relief Fund after it’s already been serving stressed residents, small business and non-arts nonprofits.

But the City Council produced some of its own drama out of nothing, delaying by a potentially fatal (for some) seven weeks a grant process that itself comes with no guarantees. What could have begun July 27 now won’t be contemplated until Sept. 14.

That specific delay is on councillor E. Denise Simmons, who used her “charter right” on a vote activating the grant process because at the July meeting she had “a few … questions and concerns that probably cannot be answered this evening.” Could they have? The city manager and his staff were sitting right there, but Simmons asked nothing. She could have prepared staff to arrive with answers, but there’s no sign she did. Nor did she offer substitute motions or amendments to address the issues that concerned her, described as being largely about how the funds would be administered.

Yet the grants are being administered by the same crew administering them since the activation of the fund March 19 to help “individuals and families [and] artists and others in the arts community who have been significantly impacted by this pandemic.”

That arts nonprofits were left out of this funding for nearly 19 weeks – and now for another seven – is nonsensical. Being a nonprofit is a funding mechanism that’s essentially invisible to the consumer: There’s no point at which we watch a play, listen to a symphony, laugh at a joke or walk around appreciating sculpture and say to ourselves, “This is good nonprofit art.” It’s a meaningless distinction that should never have been made.

This is also not the first time drama created out of nowhere has sent city staff on a time-wasting quest to determine the rules of one of these distinctions without a difference.

For example, recall a policy order from May 21, 2018, written by then mayor Marc McGovern and co-sponsored by then vice mayor Jan Devereux and councillors Tim Toomey and Quinton Zondervan, to activate the front lawn of City Hall on warm-weather afternoons with games, food trucks “and other forms of entertainment.”

But wait: There were questions and concerns.

“If we start to invite [kids] with game apparatus, we then have to absorb any risk that comes with that … I’m concerned about the liability we open ourselves up for,” Simmons said, threatening another charter right. As a result, instead of passing an order telling staff to take action – which would require them to figure out the same details – McGovern amended the order to “report back to the City Council on the feasibility” of the plan. The order dropped out of sight for 10 weeks until that summer’s lone council meeting, July 30, when city solicitor Nancy Glowa gave the most obvious response in a city with many playgrounds, tot lots and parks: “As long at these games, access to food trucks and entertainment are provided without charging a fee, the city is protected from liability by the Recreational Use Statute, which shields the city from liability for damages to members of the public while on city land in the absence of willful, wanton or reckless conduct by the city or city employees.”

Arriving too late in the season for action, the report was placed on file by the council, which forgot about the idea for all of 2019 and, presumably, would have this year as well if the coronavirus hadn’t made it moot.

The details of Glowa’s response weren’t important. It was obvious that the city already managed to entice fun somehow, which is the same source of tension councillors experience when being told by the City Manager’s Office that Cambridge can’t accomplish what we see being done in communities around us, such as closed streets or outdoor dining. The same logic should have been applied to making the Mayor’s Disaster Relief Fund do for some what it’s already been doing for others.

Some day the city will stop delaying action by forcing explanations of stuff it already does. We don’t need to prove we can set out activities for kids when we’ve been doing it citywide for centuries. We don’t need to explain how to help a segment of our community without waste if we’ve already been helping other segments using the same infrastructure without interrogation.

“Some day” might be Sept. 14, and with any luck – which can be just the ability to create something out of nothing – all of our arts nonprofits will still be around to take advantage.