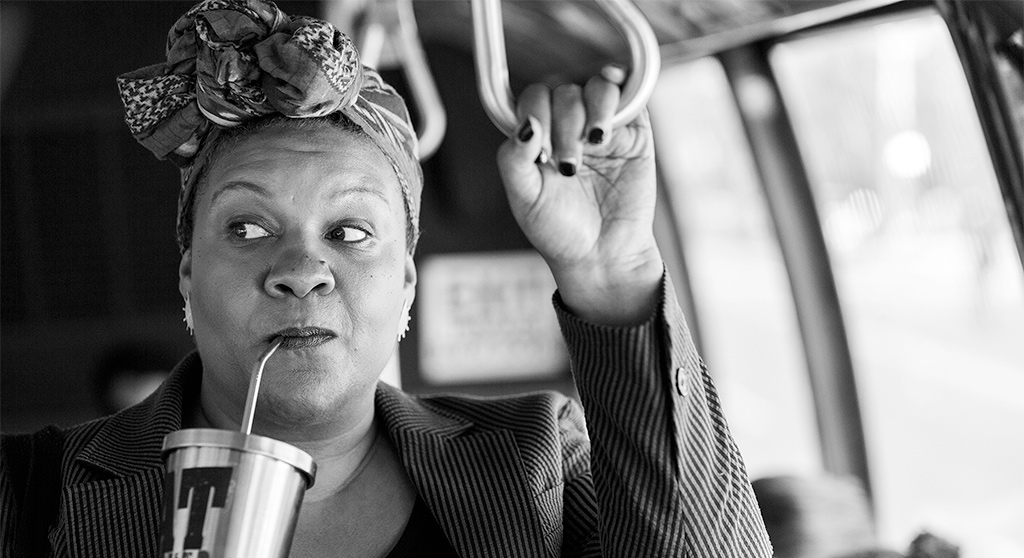 The DocYard’s 2020 fall season, which would normally be at The Brattle Theatre, will go virtual. Kicking things off Tuesday through Thursday is “Collective” by filmmaker Alexander Nanau, who embedded with reporters, whistleblowers and politicians for the endeavor in the wake of a tragic 2015 fire at the Bucharest nightclub Colectiv. The film details the complex relationship between journalist and government, political pressure and accountability. Nanau will attend a virtual Q&A with DocYard curator Abby Sun on Tuesday. For details and tickets, go to the DocYard website.

Haroula Rose’s adaptation of Bonnie Jo Campbell’s novel confronts racism, small-town politics and the mantle of white power. The drama unfolds on the banks of the Stark River in 1970s Michigan, where Margo Crane (Kenadi DelaCerna), a 15-year-old Native American, lives with her father, Bernard (Tatanka Means). Her mother abandoned the family a year earlier. On the cusp of womanhood, Margo draws the attention of Bernard’s white half-brother Cal (an excellently creepy Coburn Goss) who takes her hunting, plies her with whiskey and more. Things turn violent – not in the way you might think – and because of Cal’s position in the town, Margo ends up a fugitive in a skiff going downriver. The tale ultimately morphs into one of human bonding and self discovery. Newcomer DelaCerna holds the screen well enough, giving Margot a wide-eyed soulfulness, but there’s something deeper to be had that’s never delved. The matter of inherent racism is left on screen subtly, in part by the whitewashing and passive denigration Margot has been subjected to. The film plays as part of the Brattle Theatre’s Virtual Screening Room.

Radha Blank makes her directorial debut and writes and stars in this plucky comedy about a black New York City playwright named Radha who teaches community theater to distracted teens while trying to get her play about the gentrification of Harlem produced. Shot in black and white, the film has an early Spike Lee tang to it and Blank, as a filmmaker and in the flesh, has a sharp tongue and wit. Described as a blend of Queen Latifah and Judge Judy, she’s a force to be reckoned with, as evidenced by her reaction to a rich white benefactor telling her that her play needed to be more “in the street.” It’s a solid first effort that goes on a bit too long (over two hours) when more rapid jabs in a smaller ring would pack more of a punch.

Feels like an episode of “Black Mirror” – but not as well crafted. In this shifting-identity gotcha, Nolan (Mamoudou Athie), the troubled survivor of an auto accident, clearly has adjustment issues. His daughter Ava (Amanda Christine), has to guide him through the day because his memory’s not quite all there (think “Memento,” in concept only). To find a cure Nolan sees a high-tech therapist (Phylicia Rashad) who hooks him up to a digital device that sends him into a virtual alternate reality to deal with his past. (Anyone remember “Virtuosity” with Denzel Washington?) Over time we learn that not all in Nolan’s waking world is true, and there are disturbingly disjointed, faceless forms that come at him in the “box.” Eerie for a moment, forgettable thereafter.

Adam Sandler regresses from a major step up (his career turn in “Uncut Gems”) in a classic Sandler-esque doo-wah that’s meager at best. Here the New Hampshire native and “Saturday Night Live” alum stars as the arrested 40-year-old virgin (seems to be a theme this week) of the title, a self-appointed town hall monitor in Salem during the eve of the town’s most notorious holiday. It was shot here, so there’s the locale watch to keep you in the game. Other than that, there’s projectile vomiting, a MacGyver-esque coffee thermos, a few mysteriously missing persons and a 90-year-old matriarch who wears a battery of expressive T-shirts including; “Boner Donor,” “Kayaking Gets Me Wet,” “If You Can Read This, You’re In Fart Range” and “I Shaved My Balls For This?” The cast includes Ray Liotta, Ben Stiller, June Squibb, Steve Buscemi, Kevin James and SNLers Kenan Thompson, Rob Schneider, Tim Meadows and Maya Rudolph.

Garrett Bradley’s gorgeously stylized documentary (slickly matted black and white) details the incarceration of Robert Rich, a black Louisianan, for a botched 1997 bank robbery. No one was hurt, as the narrative has it, but his “time” for it? Sixty years. The film’s not so much about Robert but his wife Sibil Fox, dogged in her pursuit of a re-sentencing and perhaps his freedom. She’s a working mom, mother of six and a force of nature when speaking out about justice, equality and race, poetry-slam style. She also was in on that crime (as a driver) and spent “time” herself. Bradley’s cinematic artistry can pull from the emotional current – and there is the fact that the Riches were behind a crime – but the focus on family, Fox’s relentless drive and passion, and the final frames pack a gut punch.

Danish auteur Nicolas Winding Refn tosses “All About Eve” into the blender with alluring moodiness and bloody malice in this rapturous, sometimes ingeniously inane, tale of superficial nihilism and the obsessive pursuit of perfection. Elle Fanning, now in Woody Allen’s “A Rainy Day in New York,” plays Jesse, a midwest ingenue who’s come to L.A. to become its next top model. Vanity and desire play out in baroque fashion against the the city’s seedy facade in a dark weave of fashion and fame with great small turns by Jena Malone (who nearly steals the film), Keanu Reeves and Christina Hendricks. (Read the full review from June 23, 2016.)

Woody Allen’s last respectable film before the recent “A Rainy Day in New York” – “Wonder Wheel” (2017) had a solid cast but went adrift, offering evidence that only every other (or every third) Allen offering since the mid-1990s finds its mark. Here Jesse Eisenberg heads another fantastic cast as Bobby Dorfman, an impassioned nebbish from the Bronx with dreams of grandeur who, like Elle Fanning in “The Neon Demon” gets gobbled up by Hollywood and returns to New York to run a nightclub with his gangster brother. Set during the Depression Era, there’s a taste of “The Godfather: Part II” (1974) to it. The lush cinematography comes courtesy of the legendary Vittorio Storaro, who shot “Last Tango in Paris” (1972), “Apocalypse Now” (1979) and the four most recent Allen films. The broad ensemble includes Steve Carell, Blake Lively, Kristin Stewart, Jeannie Berlin and Corey Stoll. (Read the full review from July 21, 2016.)

Why? Well, Halloween’s on the way, but also the insidious creature of the title was the centerpiece of last week’s vice presidential debate. The FX in David Cronenberg’s dark reimagining of the 1958 classic starring Vincent Price have not aged all that well, but Jeff Goldblum’s performance as a deeply inquisitive and boundary-pushing scientist who becomes part of his experiment (a blemished teleport) remains eerie, crisp and darkly nuanced. His descent into madness and the cross-threading of clinical human rationale and impulsive insect instincts is a brimming tour de force.

Not that the “Pie” series was ever that good to begin with, and post #MeToo one has to wonder if this kind of sophomoric high school sexcapade schtick still has a place. Here the franchise flips the POV to the feminine but checks all the formulaic boxes, from misguided affections to lonely hearts hidden behind falsely brave personas – and you still get the masturbation interruptus and fellatio-gone-awry scenes, along with friendly sexts such as “shuck that oyster.” Beyond its scant premise, this “Pie” is surprisingly sprightly and agile enough to invoke a few laughs and old-school memories. You may hate yourself for jumping aboard, but it’s the kind of film that scores notches where you might otherwise turn up your nose.