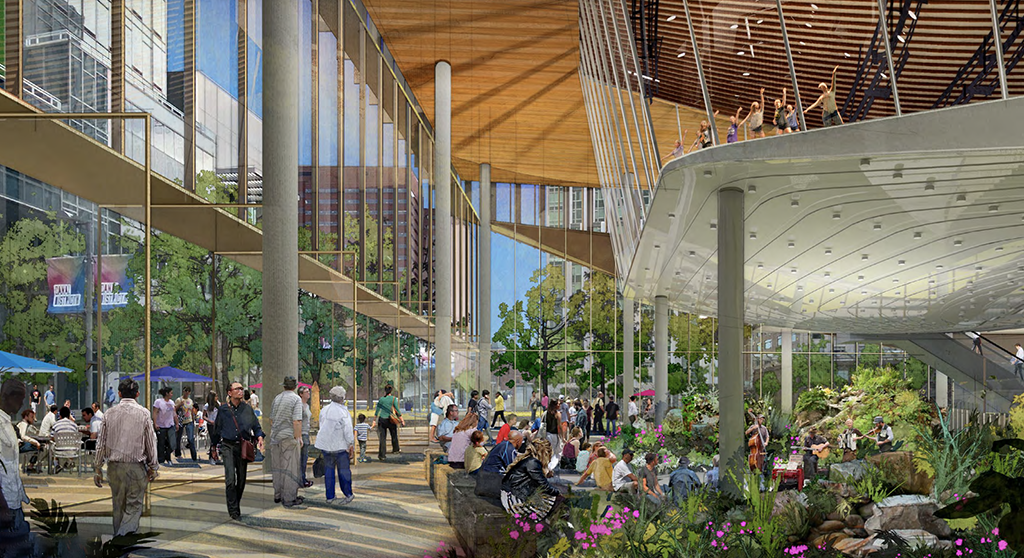 BioMed Realty plans in Canal District Kendall include public space and a theater at the base of an office and lab tower.

Enthusiasm for a lab building in Kendall Square that includes a $40 million arts space and additional $15 million public space and activity area swept the City Council along to a unanimous recommendation Monday.

The favorable vote for BioMed Realty and a future showpiece for its 10-acre Canal District Kendall signals an end to malingering uncertainty around a grubby, fenced-in 35,865-square-foot gravel pit at Kendall and Athenaeum streets. That’s where tech philanthropist Glenn KnicKrehm had been promising since the 1990s to build a grand concert hall called the Constellation Center. Ultimately he sold the lot to BioMed in 2018 for $50.5 million after long delays saw construction estimates soar out of reach during decades of research into acoustics.

What’s promised now is a 250-foot, three-tiered lab tower with 40,000 square feet of public arts and culture space at its base, with removal of an aging Eversource gas transfer station. It would have been at the rear of BioMed’s building, but a prominent blight among the coffee shops and condos of Kendall Square’s Third Street. 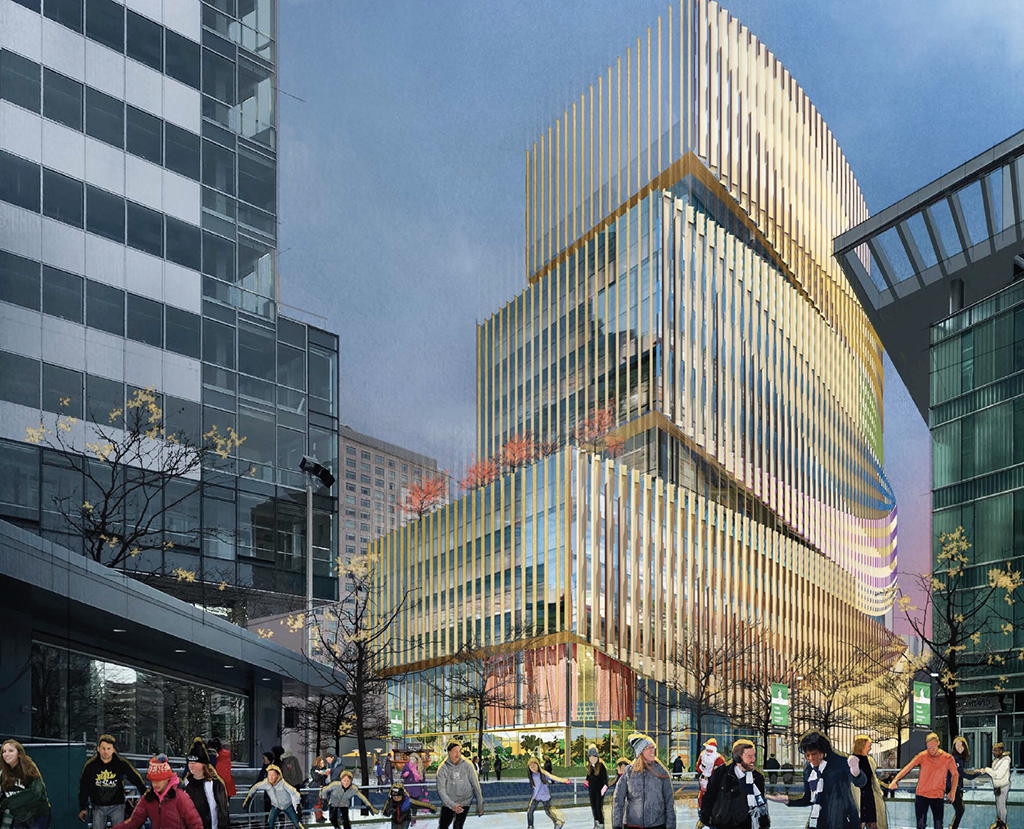 BioMed offered plans for a lesser tower and public space if city officials wanted, but with the gas transfer station remaining.

Yet after the Planning Board saw the dual plans Sept. 15, it decided to recommend only the set with the gas transfer station gone and the tower and its public uses taller and bigger. On Monday, when councillors considered their options, again there was little interest in moderating the project by keeping the station. “There’s no doubt in my mind that the right way to do this is the whole site,” councillor Dennis Carlone said. “If this is done in two pieces, the interface is not going to be there between the two [parcels when the station is moved] some day. And the development team is very close on getting this deal done with Eversource for a new location.”

BioMed has said it hopes to start construction in March 2022 for an opening in 2024, including for a 250- to 300-seat theater that has so far been shown in renderings as exposed in a jewel box platform floating in a three-story atrium. Along with rehearsal and meeting spaces would be ground-floor amenities with food and community programming such as exhibits, indoor movie nights, a winter market and space for fundraisers, said Salvatore J. Zinno, vice president for development at BioMed. (The developer is also contributing $2 million to the Margaret Fuller Neighborhood House, which serves some 4,000 residents annually with food and youth services and other kinds of outreach, but had a financial stumble in recent years.)

In a city that was not just frustrated over the will-o’-the-wisp Constellation Center but losing stages and arts venues even before the coronavirus crisis, BioMed’s yearslong support of cultural groups won it among the smoothest confirmation processes of any large project in recent years. “I want to speak to their being a landlord that not only gives you space for free, but actually works with you for the benefit of the community,” said Dan Marshall, whose Cambridge Community Center for the Arts has been a charity tenant of the company. “Their incredible project at 585 Third St. is due to have the same feeling and the same results to it, and probably much larger and better results, because they’re working with many nonprofits.”

Even East Cambridge resident Heather Hoffman, who urged the council to delay its vote long enough for people to absorb the details of a just-filed financial analysis, didn’t question BioMed’s commitment to “providing a wonderful facility.”

Still, she said, “far too often, we look at the cool stuff and forget what we’re paying for it.”

A member of the development team said they were “pleasantly surprised” at how little opposition the plan had generated.

But it wasn’t just the lack of opposition that marks the project as special, but officials’ interest in smoothing the path along the way. A Nov. 12 meeting of the Ordinance Committee, which is led by Carlone and councillor Marc McGovern, saw just brief hesitation about forwarding the project without the financial analysis to look over. “One of the things we now do with any upzoning, and this is an upzoning, is evaluating it economically and making sure what the city is getting in return,” Carlone said at the time, proposing to keep BioMed’s project in committee until the report was in hand.

Iram Farooq, assistant city manager for community development, said consultants Karl F. Seidman Consulting Services and Karp Strategies had begun work that might take “at minimum a few weeks.” And just minutes later, Carlone agreed with her to move the project along to accept the analysis before the full council: “Given the positive nature of the response by the Planning Board and what I’m hearing on the council, I think [that] might make sense,” Carlone said.

On Monday, the newness of getting financial analyses was cited several times by councillors as being a “first effort we’ll learn from,” as McGovern said, but not cause to hesitate over approval despite the influx of new data.

“We should move move forward, and get this ball rolling,” McGovern said. The votes that followed were 9-0.