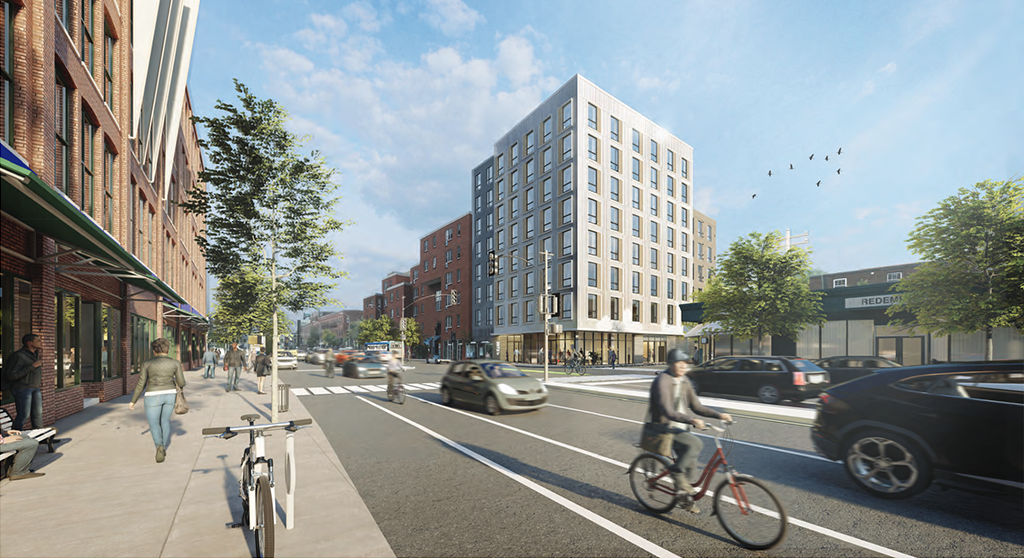 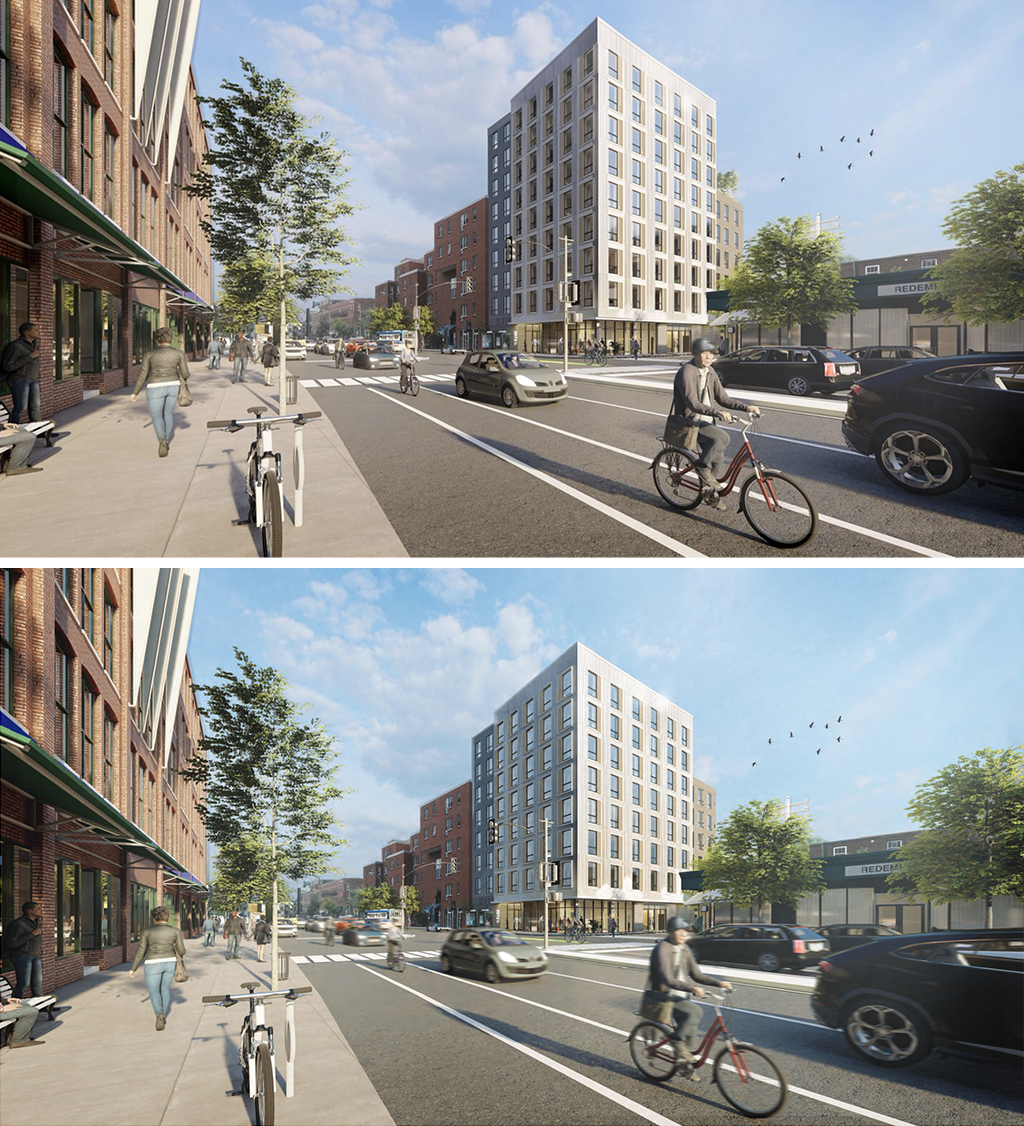 A building proposed for 2072 Massachusetts Ave., North Cambridge, has shrunk by one story in renderings provided by the developers.

The developers of a proposed building of affordable housing at 2072 Massachusetts Ave., North Cambridge, say they plan to ask for a continuation of their case as it comes before the Board of Zoning Appeal at its 6 p.m. Thursday meeting.

Their new proposal was shared in a public call Tuesday, when “at least one participant challenged the depiction of the abutting Russell Apartments as being out of scale in our architect’s renderings,” developers Jason Korb and Sean Hope wrote to the board Thursday. “After the meeting, our architect, Jason Forney from Bruner/Cott Associates, reexamined his renderings and discovered that the Russell Apartments’ height was in fact incorrect in several of the drawings.”

A delay would allow them to distribute corrected plans and renderings to the community and city staff, and to schedule another community meeting to get feedback. “It is of utmost importance to us that the plans we present … are accurate to the best of our ability,” they said.

It was not immediately clear how much time a continuance would add to determining the project’s fate. The developers would not be seeking funds from the state Department of Housing and Community Development in January, Korb said in an email to community groups, and it was uncertain when the next round of funding would come.

The zoning board had refused to approve the height during a Dec. 10 meeting, arguing that nine stories on the avenue was too tall and asking Capstone Communities and Hope Real Estate to bring it down to six. The project was initially pitched as a uniform eight stories, but it was revised to drop the rear of the building – facing Walden Street – to six stories, while raising the avenue’s portion to nine for a total 49 units.

This week, the developers posted alternative plans that bring the proposed height along Massachusetts Avenue to eight stories – referred to as the “8/6 Plan.” It would mean having two fewer overall apartments, increasing the number of units with one bedroom and decreasing the number with two or three. The building would be two-thirds “family” instead of 71 percent, and one-third made of one-bedroom units, up from 29 percent.

It would also eliminate a roof deck “due to the 8/6 Plan’s smaller roof area and financial feasibility,” the developers said, and extend the upper floors along the property line with next door’s six-story Leonard J. Russell Apartments for seniors.

“While we are providing the 8/6 Plan as a feasible option at the BZA’s request, we continue to advocate that the previous nine-story/six-story proposal presented at the December hearing is a better overall plan, as it includes a higher percentage of family apartments and the resident roof deck,” the developers said. Their intention to ask for a continuation was dated Wednesday.