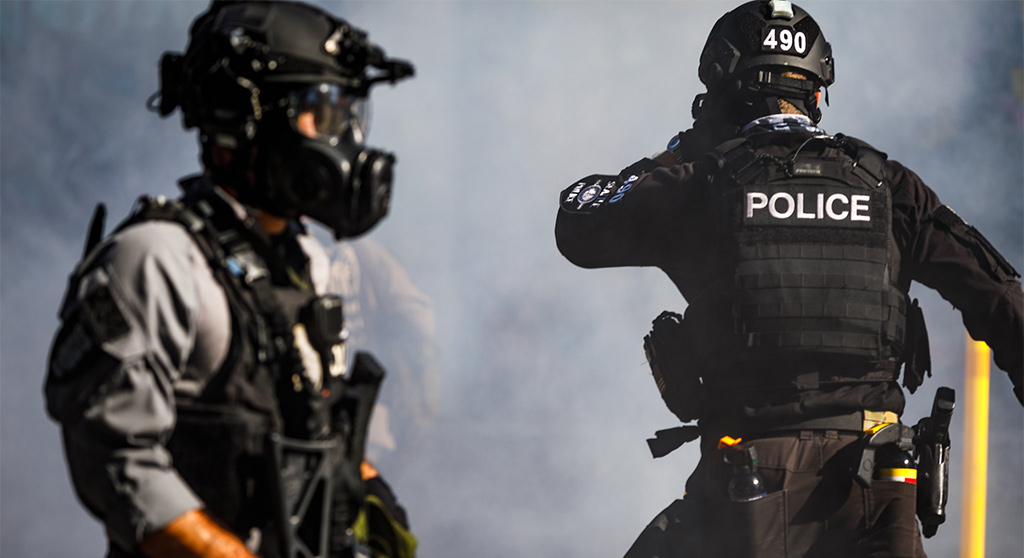 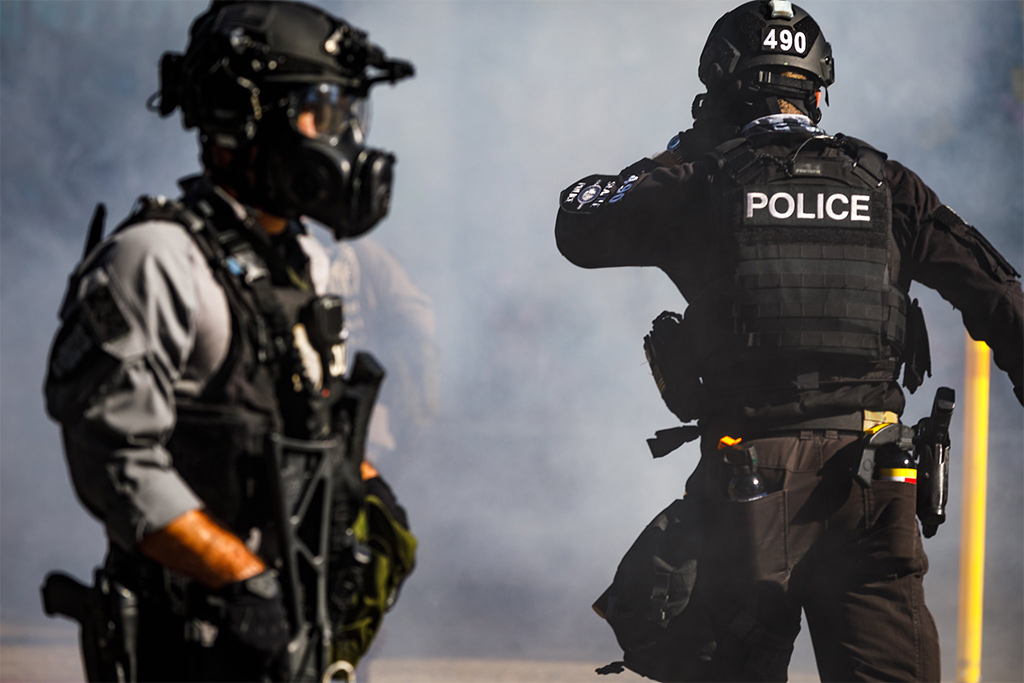 Seattle police use chemical weapons against people during a protest in July. (Photo: Derek Simeone via Flickr)

After telling the City Council it could not ban the use of tear gas by Cambridge police with a law, city staff and the police commissioner told councillors a ban would likely be in place within the next 60 days. Still, councillors expressed frustration with the Law Department that resulted in the city solicitor complaining that the attacks were personal.

“I’m not only a citizen, but a homeowner and a taxpayer and a voter,” city solicitor Nancy Glowa said, “and I think that the council should be more respectful of all people.”

A review of the transcript from Monday’s meeting shows no instances supporting Glowa’s claim“that many of [councillors’] comments in fact, are very personalized,” though the mayor, vice mayor Alanna Mallon and three councillors expressed frustration with her department dating back years.

Back to Black Lives Matter

The origins of a tear gas ban began last summer when Black Lives Matter protests and calls to “defund the police” inspired conversations at City Hall led largely by councillors Jivan Sobrinho-Wheeler and Quinton Zondervan. On June 1, police commissioner Branville G. Bard Jr. testified that “we don’t have tear gas,” and that it hasn’t been used in Cambridge since 1972. (On Monday he explained that “we found some tear gas in our inventory and destroyed it,” without saying when.) On Oct. 26, Sobrinho-Wheeler and Zondervan, with councillor Patty Nolan and Mayor Sumbul Siddiqui, introduced an order calling for the city manager to work with the Law Department to prohibit the use of tear gas in Cambridge, with a report due back by Nov. 23; councillor E. Denise Simmons used her “charter right” to delay a vote until Nov. 2, when the order passed unanimously.

But the Law Department didn’t respond back by the deadline, nor when Sobrinho-Wheeler asked again in January, he and Glowa agreed. When he notified the Law Department later that month that because of its silence, he would begin work on his own legal language, he paraphrased that he was told “Please don’t do that. We’d love to work with you on this. Give us some time.”

Sobrinho-Wheeler and the department have been in touch a few times in past weeks about the law, Glowa said. But her response arrived in the Monday council packet unannounced.

“I’m still really confused, because I’ve drafted language for a tear gas ordinance and shared it with the legal department and the police department and really tried to work with the city on this. And the solicitor told me and other councillors within the last two weeks that the Law Department would be happy to support it with a couple minor edits. And now we’re being told we don’t have the authority to do this at all,” Sobrinho-Wheeler said. “The Law Department had four months to research this and [supported] it as recently as two weeks ago. So I’m just trying to understand what happened in the last few days.”

The opinion cited three reasons the council could not act: the power rests with the city manager under Cambridge’s form of government; that it would conflict with state law; and that “future changes in weapons and equipment already in use by the Police Department would likely be subject to collective bargaining as to the impact of such changes.” (With no tear gas in the CPD armory and no need for it since 1972, presumably “in use” and “changes” are applied as legal terms of art.)

But a policy prohibiting the use of tear gas, rather than a law, is “in the works right now,” Bard said, and moving “in terms of the speed of government, very quickly.” He said the writing was almost finished, and that he would review it and give the two police unions a contractually obligated 30 days to also review it. He said he expected the policy to be in place within 60 days.

A Cambridge policy wouldn’t stop the use of tear gas by other officers entering the city, such as under a mutual aid agreement, or by Harvard or MIT officers, Bard noted.

The power of the prohibition even for city officers is debatable, as a city manager and police commissioner could simply undo the policy, and councillors wanted to “make it as difficult for a decision like that to be changed as we possibly can,” councillor Marc McGovern said. He was among those suggesting that the council go ahead and pass a law to support the policy, which Glowa said would be “presumed valid unless struck down by a court.”

“Sometimes I think we worry too much about something getting challenged,” McGovern said.

Sobrinho-Wheeler said he had language from Boston’s own move to implement a law against tear gas; Somerville is trying one too, though both cities have “strong” mayors instead of a city manager form of government.

The city solicitor did not seem enthusiastic. “It would be unfortunate for the council to disregard the advice of this office, which strives for impartiality,” Glowa said.

Glowa has served with the Law Department since the 1990s and became acting and then permanent city solicitor with the retirement of Donald Drisdell in January 2012, making her familiar with the city’s form of government; and the language about tear gas is nearly identical to what she presented to the council’s Public Safety Committee about assault weapons, Sobrinho-Wheeler said. That left him expressing confusion over what new information had emerged in the past few days to turn the solicitor’s opinion from support to rejection.

“What I told councillor Sobrinho-Wheeler was that I thought that we were able to support it in principle, but that we were still reviewing it. When I spoke further with other constituents, particularly in the police department, and concluded our research, we felt that the outcome was different,” Glowa said.

The opinion was delayed because the staffer assigned to research it had an extended personal crisis and because the department is described as being very busy – similar to the Community Development Department’s explanations in years past of being understaffed to handle council priorities. “From late November until the beginning of March is not actually that long a period of time in the life of many council order responses, at least historically in this city,” Glowa said, though she’d also acknowledged missing the council’s unanimously ordered deadline without reaching out to Sobrinho-Wheeler to warn him, or when he inquired again in January. “I and the people in my office do in fact work very hard and are very dedicated.”

The council does not have oversight of the Law Department or set the budget – it merely approves budget requests for it. Most recently that was around $3 million, up around 11 percent from the previous year, for a staff of 13. The department also brings in outside help when needed, which demands more money: in 2019, $95,000; last year, another $450,000 for “unanticipated increases in costs relating to legal matters.”