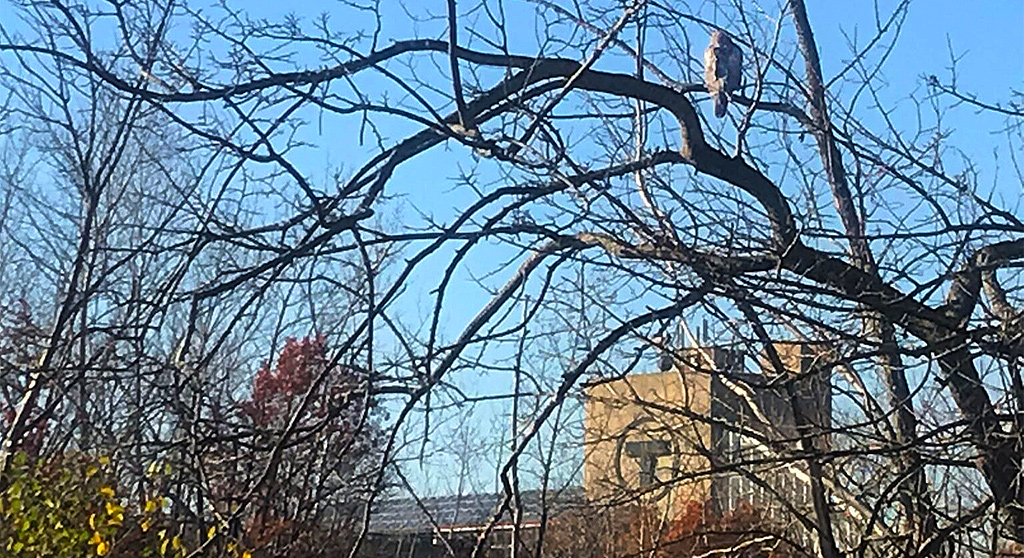 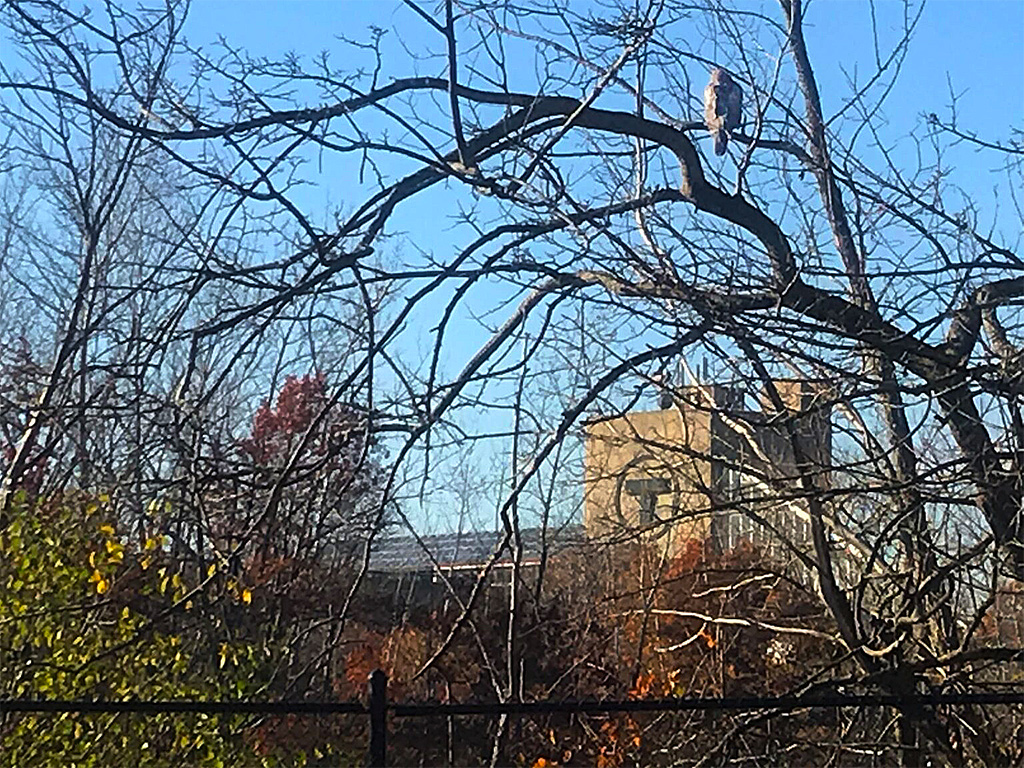 A red-tailed hawk perches above the fence that separates Russell Field from Jerry’s Pond, with the Alewife T stop in the background. (Photo: Ocean River Institute)

Residents with ideas about the future of Jerry’s Pond, the fenced-off former swimming hole in North Cambridge, can submit them as part of a four-question survey from the nonprofit Ocean River Institute.

First excavated for its clay as part of the local brick-making industry in the late 1800s and known as “Jerry’s Pit,” the site at Rindge Avenue and the Alewife Brook Parkway served as a neighborhood swimming hole from 1913 to 1961 before six decades locked away behind a chain-link fence. It was property of GCP Applied Technologies, formerly part of W.R. Grace, until it became part of a $125 million purchase by the life sciences real estate developer IQHQ in July. Jennifer Sweet, with IQHQ’s environmental consultant, Haley & Aldrich, said that remediation of the industrial contaminants embedded at the pond could “safely expand public access for the area surrounding” it.

The pond could become “much more of a destination” as a natural wildlife refuge, the Harvard Square-based Ocean River Institute agreed. But what would that look like? ORI has partnered with the Friends of Jerry’s Pond group around an internship program to ask.

Intern Shaithea Anusha Alam, a student at the University of Massachusetts at Lowell, is working with youths from Reservoir Church several blocks east of the pond to ask whether people want it to become a public park, and how, or whether it should stay fenced in.

“Jerry’s Pond is today a wooded pond where waterfowl swim and great blue herons nest in a tree rookery,” the institute said.”Nature has sprung up in an urban area nestled between the Alewife MBTA station, a parkway” and thousands of homes.

Even in its current, fenced-in condition, “many have commented on the importance of Jerry’s Pond for their state of mind when commuting to work and when returning home. There are worse ways to spend a Sunday than riding a bike or taking a ride on the T to Alewife Station where there are bike racks for a walk around Jerry’s Pond,” the institute said.

The survey should take less than five minutes to complete. Alam can be reached at Anusha@oceanriver.org.