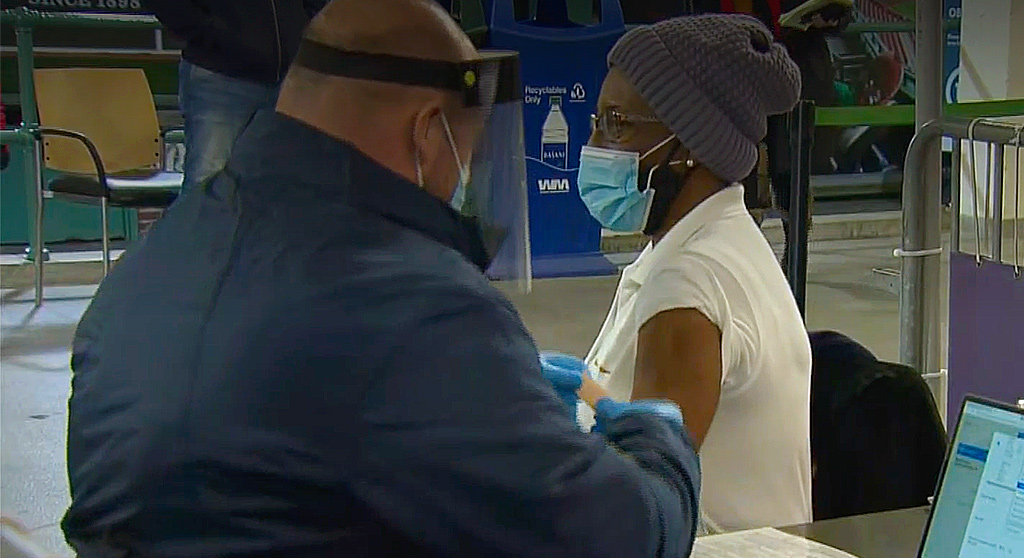 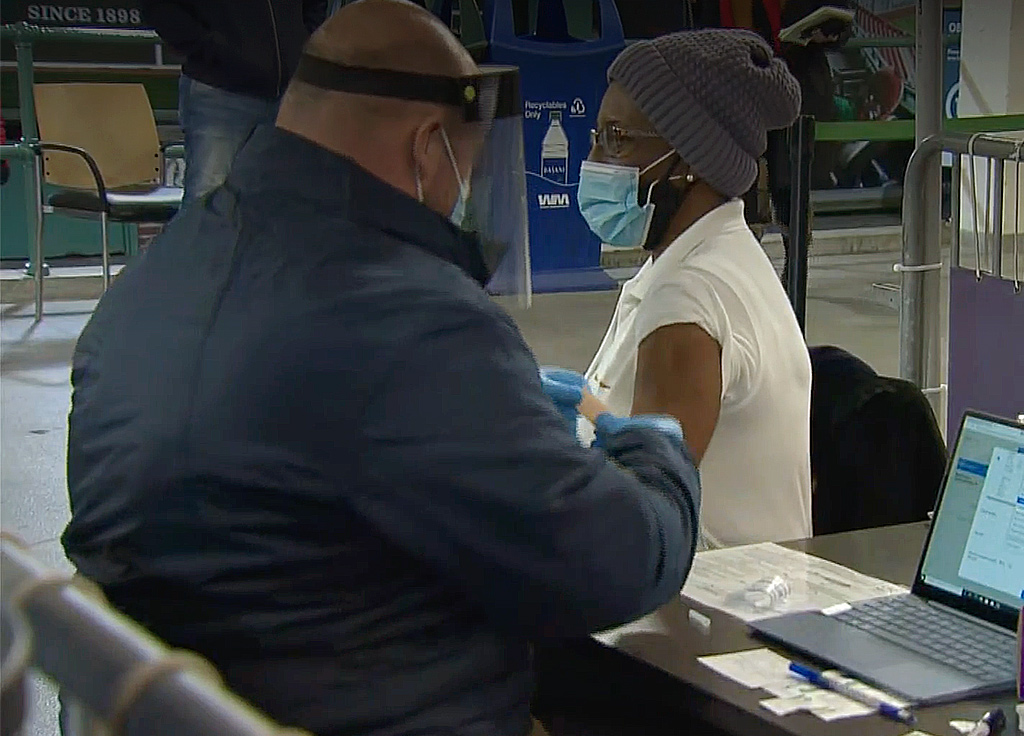 Fenway Park’s concourse is turned into a Covid-19 vaccination site, as seen in this screen capture from a WBZ-TV report in January.

Local health agencies in most of the state’s emergency planning regions, including the one covering Cambridge, are voicing a rare protest against a decision by the Gov. Charlie Baker administration to reduce the local role in Covid-19 vaccinations in favor of mass vaccination sites. The health departments have refused to “concur” with the state’s public health emergency plan that’s part of an application for federal funds.

A majority of the 60 communities in the region that covers Cambridge voted March 3 not to go along with the plan, Needham health and human services director Timothy Muir McDonald said Thursday. McDonald, who heads the region’s emergency planning coalition and wrote the letter saying the region would not concur, couldn’t say how Cambridge’s representative voted, but said every community at the March 3 meeting either voted not to agree with the plan or abstained.

Cambridge chief public health officer Claude Jacob and public health department spokeswoman Susan Feinberg didn’t respond to a message seeking comment. The health department has made it clear that it planned and wants to establish a public vaccination clinic for residents and cannot do so because the state reduced its vaccine allocation to give priority to mass vaccination sites.

The health department has administered more than 2,200 doses of Covid-19 vaccine to first responders and health care workers, tenants in low-income elderly and disabled public housing developments, and homeless shelters.

McDonald’s letter said the vote against the plan “reflects the region’s deep concern about the implementation of a Covid-19 vaccination strategy that squanders millions of federal and state dollars and resources, along with the associated capabilities that were built with those resources, town by town, region by region, throughout the commonwealth. It also reflects our lack of confidence that our work will be used in the future, given the present underutilization and dismissal of existing state, local and regional public health preparedness resources.”

Residents are “angry, frustrated and confused that we are not providing vaccine to them in this global pandemic,” the letter said. “Residents believe that they are being forced to travel for vaccine because their community leaders have done something wrong or were ill-prepared for the current crisis.” As part of the application, states must consult with their local partners and get their agreement. The local agencies will carry out their responsibilities under the state plan despite their criticism, the letter said, and McDonald said he doesn’t believe the local agencies’ protest will endanger the federal grant.

In another vaccine development, for the first time Thursday the state reported total numbers as well as racial and ethnic information by city and town for people who have been vaccinated. The figures show that 20,451 Cambridge residents have received at least one dose, or 18 percent of the city’s population, and 11,350 people, 10 percent, are fully vaccinated.