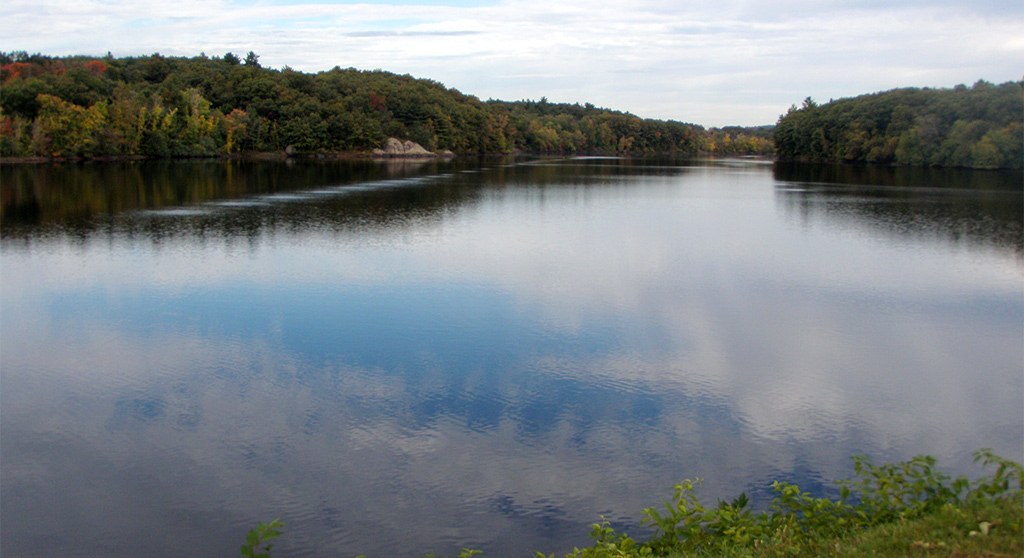 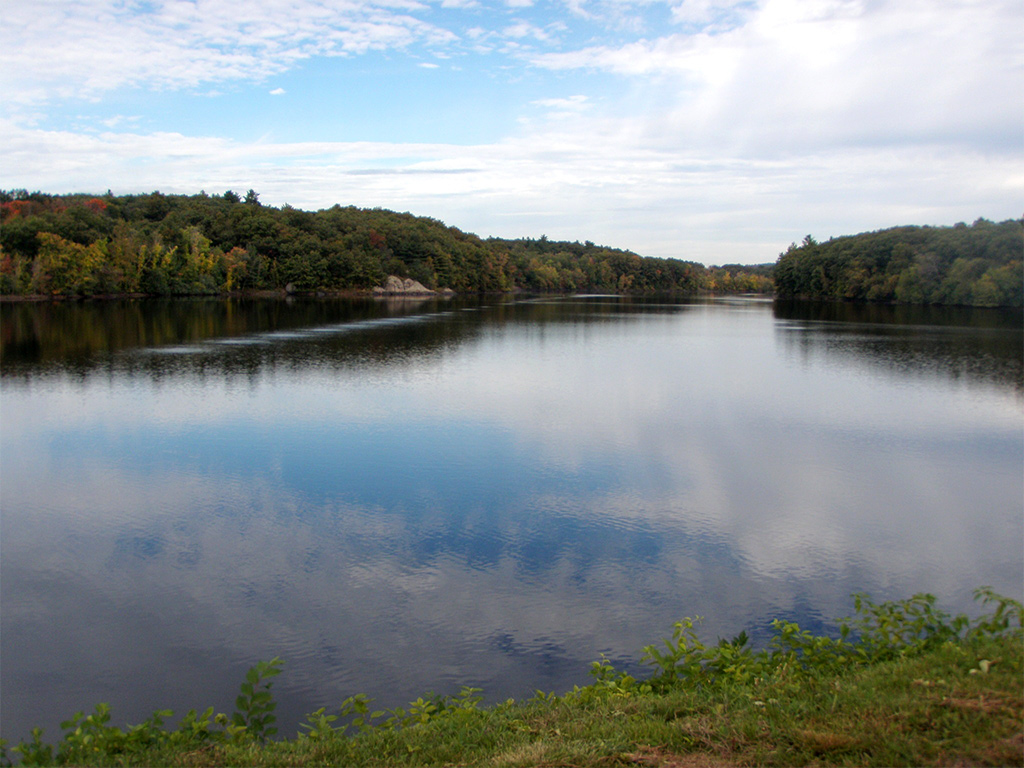 A view Stony Brook Reservoir in Weston and Waltham, which feeds water to Cambridge, from the crest of its dam. (Photo: City of Cambridge)

As water rates go up for the first time in 11 years – by 1 percent – city staff gave a defense Monday of keeping Cambridge’s water supply separate from the Massachusetts Water Resources Authority, which sends water to 47 other communities.

The increase comes despite staff using a saved $1.8 million and cutting $380,000 in expenses in an attempt to keep rates low, city staff said, but the Water Department budget includes several projects such as water main and software improvements they suggested were necessary to keep in place. (Because water and sewer bills are packaged, many residents might not notice a difference from any other year.)

The rate is tied to how much water people use, so the increase results from a 9 percent drop in water use in the past year – likely because of a pandemic lockdown that changed behavior as well as conservation efforts responding to new drought conditions, City Manager Louis A. DePasquale told city councillors Monday.

Councillor Patty Nolan called it “a very interesting puzzle” for the Water Department and its funding if a new normal means droughts every few years. Before last year, Cambridge suffered a severe drought in 2016.

“It’s a little bit of a tension that as use goes down, since we own it and have to cover fixed costs, our rates might have to go up. But we do have to [also send] the message that we need to conserve more,” Nolan said.

Cambridge is one of 14 member communities that doesn’t take water from the Massachusetts Water Resources Authority, which is made up 61 cities and towns.

On joining the MWRA

The rate increase introduced Monday gave councillor Quinton Zondervan a chance to ask a long-standing question about the city’s Water Department: “Maintaining our own water supply does have its challenges,” including corrosive water resulting from salt runoff that leads to resident expenses such as filtering, he said. “At what point do we reach a tradeoff where it makes more sense for us to just switch over to MWRA water instead of continuing to do our own?”

“Based on the numbers we’ve seen,” DePasquale replied, “never.”

During the 2016 drought, when Cambridge’s reservoir ran so low the city had to turn to the MWRA, “six months of water for them almost equals our entire budget,” DePasquale said. “Even I was surprised.”

“Probably one of the biggest assets we have that’s allowed us to keep this rate really at zero for the last years and 1 percent this year is the fact that we’re using our own water. Yeah, there are departmental costs, but the overall savings have been dramatic,” DePasquale said.

It’s a little over twice as much per gallon to buy MWRA water than it is for the city to produce its own, said Sam Corda, managing director of the Water Department.

If you look at the authority’s 10 water-only customers, the average rate increase is 13.8 percent, Corda said.

In terms of billing, a 1 percent rise in block rate charges for water use would mean that what now costs anywhere from $3.02 to $3.96 for every 100 cubic feet (around 750 gallons) will rise to between $3.05 to $4 after a decade without increases. Sewer rates will rise 8 percent, for a jump of $1 to $1.30 depending on use. All together, bills for water and sewer service will see a 6.5 percent rise, or an average $58 more for a single-family home, $79 for a two-family and $117 for a three-family, according to the City Manager’s Office.