The ‘offal’ truth behind Cambridge zoning 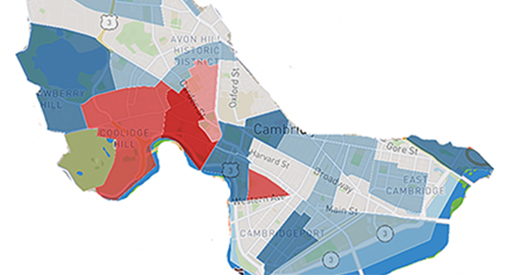 The ‘offal’ truth behind Cambridge zoning

Zoning is again a hot topic in Cambridge. Information is flying, but like any issue, facts and context matter. We can’t speak to zoning history everywhere in America, but we can speak to Cambridge zoning history.

We are an old city. The first zoning ordinance only went on our books in 1924, almost 300 years after the city was founded. By then, much of the city was already built up, including the majority of single-family homes as well as our beloved two-family homes and triple-deckers. Zoning had nothing to do with the development of the historic neighborhoods in the city. And those ordinances (and subsequent major revisions in 1943, 1977 and 2001) did not deter the building of the newer four-plus unit buildings that house almost 75 percent of Cantabrigians today. Nor, as the recent construction boom at North Point and Alewife prove, does it prohibit large-scale housing development.

A Boston Globe headline from nearly 100 years ago offers insight into what actually did prompt the first zoning ordinance: “Factories, Not Colleges, Make Cambridge Famous.”

The article pointed out that there were a whopping 200 factories employing 21,000 workers within city boundaries. As a lively article in the The Cambridge Historian (published by the Cambridge Historical Society in 2016) put it, “Cambridge provided meat for the freezer, soap for the laundry, cars for the garage and candy for the children.” Unfortunately, as the article notes, “Depending on wind direction, the smells were enough to cloud the heads and turn the stomach of most citizens.”

Stench, as described above, not discrimination, was the catalyst for the three-year process that led to Cambridge’s first zoning ordinances. What people back then didn’t know was that the foul meat processing (offal) and other smells signaled serious environmental contamination. That legacy of industrial pollution has taken tens of millions of dollars over decades to clean up.

Cambridge even figures in one of the two foundational U.S. Supreme Court cases on zoning. In 1928, the court ruled against the city, which had wrongly classified a commercial property as residential. While the city lost, the ruling reaffirmed an important point, namely that municipalities could enact zoning laws as long as they promoted “health, safety, convenience or general welfare.”

Times change, and zoning needs to change too. There are no foul-smelling factories left in Cambridge, but there are serious issues to take into account, such as climate resiliency, fire safety, infrastructure capacity, the tree canopy and historic preservation. Getting rid of zoning, as some propose, does not get rid of the issues inherent in a densely packed and built-out urban environment.

The Cambridge Citizens Coalition supports ending single-family zoning in the city. We think it’s possible to build more housing units throughout the city without triggering a rash of tear-downs and displacement. It should be easier to divide larger homes into two units, legalizing apartments within homes and, when possible, building new, 21st century versions of Cambridge’s iconic two-family homes and triple-deckers.

Along the major corridors, larger buildings can fit into the urban landscape.

What the coalition does not endorse, however, is allowing developers to call all the shots. We respect the need for setbacks; we want a robust tree canopy to mitigate urban heat island impacts; and we believe that new buildings, even while bigger, shouldn’t overwhelm their older neighbors. The Missing Middle petition now before the City Council is a top priority of The National Association of Home Builders. It is a perfect example of neoliberalism run amok, i.e. let the all-powerful market decide everything, everywhere. It hearkens back to the days when making money trumped the needs of residents.

We believe Cambridge can continue to build housing and meet the Envision Cambridge goals – including the urgent need for more affordable housing units. The city also must rethink its housing strategy by putting serious resources into helping residents become homeowners. The lack of minority homeownership is pivotal to the pernicious wealth gap throughout the country. Just as modern-day Cambridge had to redress industrial pollution of the past, we must deal with historic racist policies, such as redlining and even the GI Bill, that have historically limited Black homeownership.

What gets lost in the searing rhetoric of the current debate is that Cambridge is a historic city of neighborhoods. We live cheek by jowl.

We need new housing but, please, don’t do it on the backs of our neighbors who will be displaced by even more gentrification.

Maps of Cambridge zoning and other data provide a unique lens into these issues, but the data must be accurate. 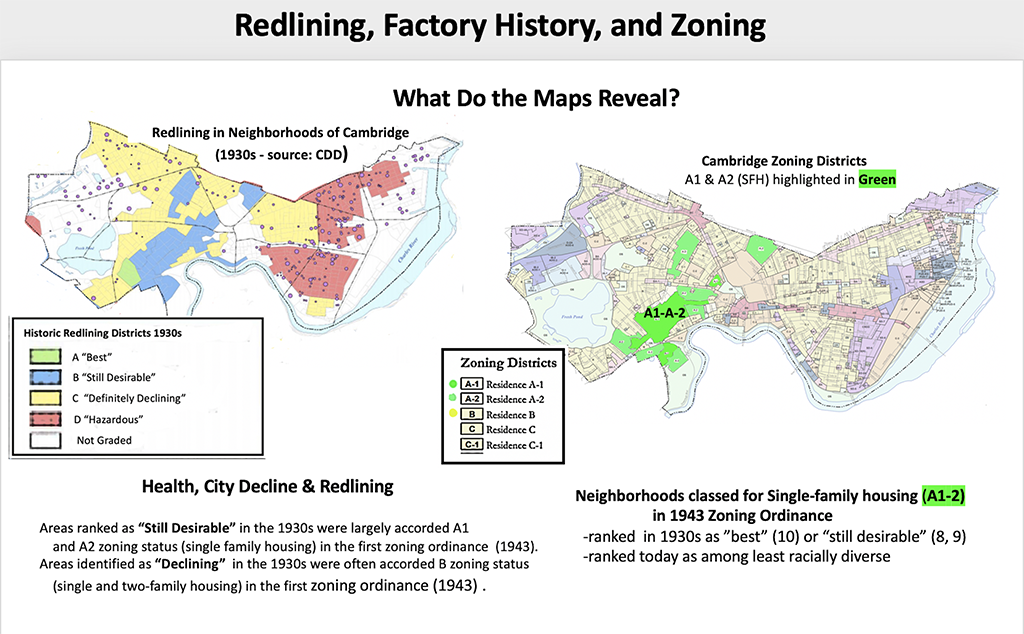 Map 1 shows a corrected version of the map published by the group A Better Cambridge using their data (source unknown) beside a 2020 map detailing Cambridge redlining. These data show that in Cambridge there appears to be no overall correlation between redlining and racial diversity in neighborhoods consistent with our zoning history.

Map 2 includes the original A Better Cambridge map published along with comparison maps of neighborhood income changes in the past five years (showing gentrification impacts) and our low- and medium-income neighborhoods that now and going forward are likely to be hit hardest by any upzoning changes.

It’s easy to judge people who came before us; to think that their problems weren’t as serious as those we face today. But those who came before us dealt with an environmental crisis in the city and used zoning to help make the city sustainable for generations. Zoning can work going forward, if we have the wisdom to adapt without trashing what came before us.

Suzanne Preston Blier, publishing for the Cambridge Citizens Coalition, of which she is president.