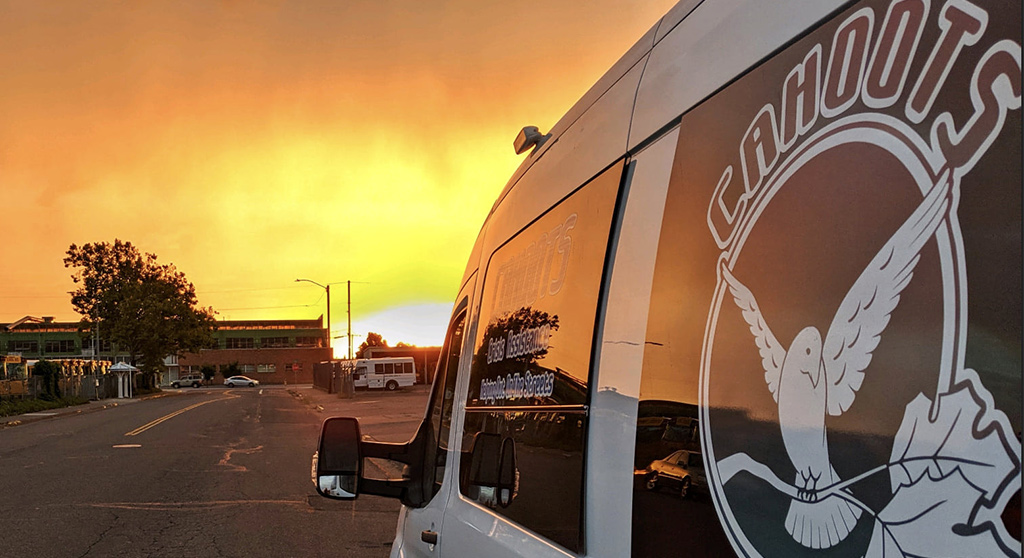 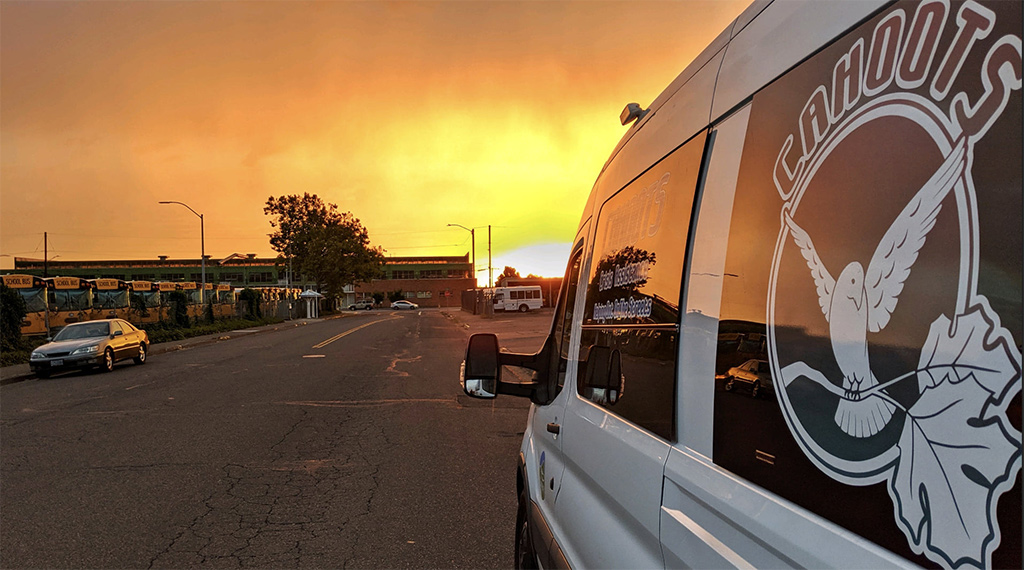 A Cahoots van in Eugene, Oregon, where its alternative to traditional policing provided a model – and advice – for a proposed program in Cambridge. (Photo: Cahoots via Facebook)

A citizen-generated model for a public safety unit apart from the Cambridge Police Department was approved 8-0-1 in a Monday vote by the City Council, with Tim Toomey voting “present” with the statement that the idea “needs more dialogue and fine-tuning.”

The proposal for ‌a Holistic‌ ‌Emergency‌ ‌Alternative‌ ‌Response‌ ‌Team was delayed from a meeting two weeks ago; it arrived at the same time as a suggestion for a different public safety unit emerging from a city-run task force. That version was voted through with a suggestion it be handled by the Mayor’s Office, while the Heart idea is now headed to the City Manager’s Office for an assessment.

Perhaps the most significant difference between the two proposals is that the task force was charged with creating a program within city government, if apart from the police department, and the Heart proposal is for a nonprofit that sits outside of the city. The difference was not considered insurmountable among councillors.

“I actually think there’s a way to coexist here,” councillor Marc McGovern said, referring to creating “one or two really great programs for the city.”

There was also some optimism that Heart would be welcomed by City Manager Louis A. DePasquale as it had been by their own majority. Councillor Patty Nolan said she’d spoken to him about Heart and believed he’d “heard the urgency from the council,” but hadn’t mentioned it in a recent memo about policing solely because the council hadn’t voted yet. “He’s already preparing a budget allocation for an alternative police response, and I believe if we pass this tonight we’ll see results without delay,” Nolan said.

Much of the council’s time debating the proposal Monday was focused on whether descriptions of next steps were contradictory and confusing. The order from Nolan and co-sponsors Jivan Sobrinho-Wheeler and Dennis Carlone referred at one point to getting it to the manager for “funding consideration and to [discuss] its implementation,” and two paragraphs later suggested a response by the Aug. 2 summer meeting “with a plan for funding and implementation.” Councillor E. Denise Simmons proposed an amendment to make the phrasing consistent, but Nolan pushed back.

Members of the community and the Black Response organization behind the order “worked on this for a month,” Nolan said. “It would just disappoint so much those hundreds of people in the community who have reached out to us to say to support the Heart proposal as is.”

It’s also a reality that the city manager has say over how the proposal is handled anyway, Nolan said. Simmons’ amendment ultimately failed 3-6, with her, McGovern and Toomey outvoted by the makers of the order; the mayor and vice mayor; and councillor Quinton Zondervan.

Toomey had a deeper concern underlying his call for “fine-tuning”: fears that unarmed public safety units would be put in harm’s way, using an example of a Friday incident in which two police officers were shot several times and a police dog killed. “Just look at what happened last week in Braintree where there was a domestic violence call that was made to the police department. And we all know what terrible events unfolded,” Toomey said. “Everybody says that domestic violence calls are the most dangerous situations for anybody involved. So to put a social worker in a position to respond to something like that without the proper resources is clearly not in their best interest.”

Yet the Heart proposal is supported by Transition House, a Cambridge agency that works with victims of domestic abuse and knows they want options other than to call police for help, vice mayor Alanna Mallon pointed out. And the Heart program was written with advice from similar organizations that are already in place in communities nationwide, including Cahoots in Eugene, Oregon, and, in California, Mental Health First Sacramento and several out of Oakland.

The Heart proposal and that of the city task force started the same way: arising from a summer of activism sparked by the ongoing police killings of black and brown people. Cambridge was just one city among many debating ways to “defund the police.”