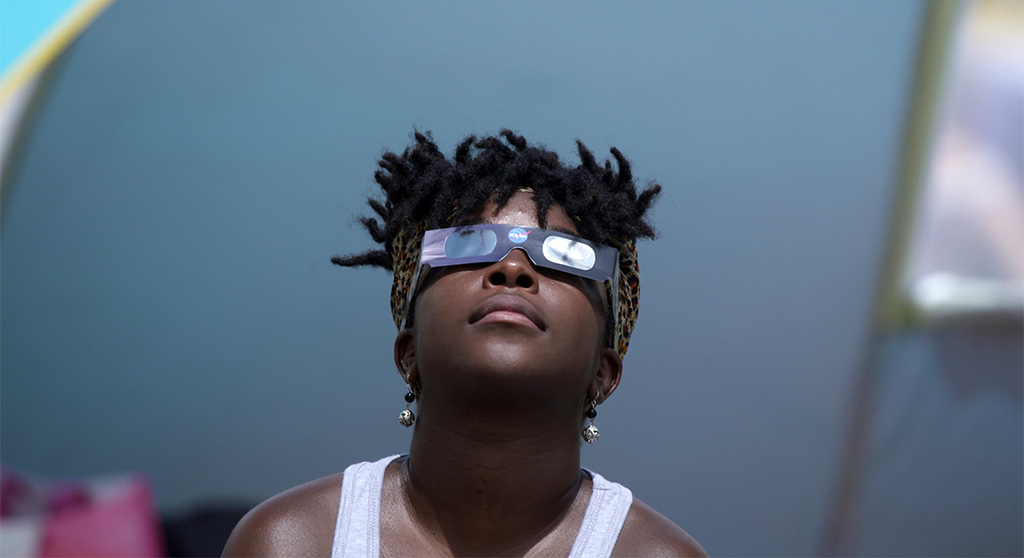 Film Ahead is a weekly column highlighting special events and repertory programming for the discerning Camberville filmgoer. It also includes caption reviews of films that are not feature reviewed.

If the events depicted in “Free State of Jones” (2016) weren’t real, the film could be simply written off as liberal-leaning white savior-dom. It still feels heavy-handed, but is a respectable chronicle of the South as the Civil War comes to an end and Reconstruction begins. The film centers on a poor Confederate soldier named Newton Knight (Matthew McConaughey) who deserts, teams up with escaped slaves in the swamps of Jones County, Mississippi, and leads an impromptu insurrection. Showing how far we haven’t moved from that racially prejudiced era, Newton and his endeavors are framed with a late 1940s courtroom drama detailing a descendent of Newton on trial for violating miscegenation laws (he’s one-eighth African American) by marrying a white woman (check out the far superior “Loving” for more on this). The early battle scenes (such as at Corinth, brutal and grim) impress, as does Mahershala Ali as one of the few in Newton’s acquaintance – and just on the eve of one of his two Oscar wins (for “Moonlight” in 2017, the other being “Green Book” in 2019). McConaughey imbues Newton with his usual chummy swagger. The film, directed Gary Ross (“The Hunger Games,” “Ocean’s Eight”), rambles some, and made back only half of its $50 million budget when released, but rightfully shines a light on our shameful past of slavery, which Juneteenth celebrates the end of Saturday. It’s also known as Freedom Day, Jubilee Day, Liberation Day and Emancipation Day. On Netflix.

Theo Anthony’s documentary about the moving image, police body cams and image as evidence is a haunting contemplation that veers into areas of Big Brother, race, social justice and more. The film’s not entirely linear. Between tours of Axon, the maker of Tasers and body cams with exec Steve Tuttle, a body cam training session at a Baltimore police department and an entrepreneur looking to use satellite camera network to have all eyes everywhere to tell the truth of what happened on the ground, there are kaleidoscopic segues to tangental topics such as the blind spot in a human eye as it interprets an image, one of the first cameras made and shot like a rifle, and the invention of the Gatling gun. Tuttle and his Axon promo videos and tours feel like scenes out of “Robocop” (1987). What the film puts into focus is the lack of full faith one can place on body cam footage as objective and how it’s analyzed, as well as the notion of defunding the police, which looms quietly off screen in nearly every frame. At Landmark Kendall Square Cinema, 355 Binney St., Kendall Square.

William J. Saunders’ engrossing doc is one that both pulls you in and galls you because you wonder if you’re being played or not the way “Catfish” did with audience’s sensibilities back in 2010. Saunders embeds with acquaintance Will Smith (like the actor, a phrase often said in the film) a young man whose dad was a scam artist and lives in the lesser parts of Hollywood. Smith’s dinner party yarn that gets Saunders to fire up his camera has to do with a Russian neighbor who gives Smith more than $1 million in priceless stamps to hold onto, including the Penny Black – the first postage stamp from the 1840s. Four years pass and the owner of the stamps, Roman, and his wife remain tantalizingly elusive (they’ve moved, whereabouts unknown, and Smith still has the stamps). Smith does too, when pressed by Saunders. As viewers you begin to wonder why Saunders doesn’t turn up the heat, or if he’s taking you for the ride. Smith, for the most, projects an earnestness, though there’s something always a bit off in every frame; when the film ends it feels incomplete, yet goes on haunting you. Legit or not, it a tantalizing mystery. For rent or purchase on Amazon Prime, Apple TV, Google Play and other services.

Here’s one to add to the run of underwhelming sci-fi films we’ve been seeing that includes “Stowaway,” “Oxygen” and “Midnight Sky.” In the near future there’s something going around that causes insomnia and is knocking out electronics. Civilization crumbles and people with guns go crazy. To get through the apocalyptic pain, we hang with Jill (Gina Rodriguez), a recovering drug addict and security guard, and her kids. There’s also a Christopher Nolan-esqe framework of collapsed time that doesn’t quite click the way the master makes it happen. Much of the texture of the film feels ripped from “Bird Box” (2018) or “A Quiet Place” (2018), but it’s not even in the same tortured universe. It feels like a disturbed dream sleep that’s best forgotten when conscious. Better bets would be “A Quiet Place: Part II,” now in theaters, or Rodriguez’s earlier sci-fi endeavor, “Annihilation” (2018). On Netflix.

Silly good fun about a cadre of serial killers and the unwary genre film critic stuck among the sick and twisted. Joel (Evan Marsh, “Shazam”) writes for a horror mag called “Vicious Fanatic” (echoing “The Social Network,” he’s told by a semi-famous cult horror filmmaker to call it just “Vicious Fun”). Hyper skeptical of his subjects and having a crush on his roommate Sarah (Alexa Rose Steele), Joel saunters down to a bar where he knows Bob (a nicely demented Ari Millen) is having a post-date beer. As Joel get blotto, the bar closes and is sealed up (think “From Dusk Till Dawn”) for a serial killers’ group chat – Bob being one, along with a guy who dresses up like a clown to kill, a Lurch-looking strongman and a cannibal who likes to savor intestines. Joel has to pose as one of the killers; one woman in the group (Amber Goldfarb) is a can-do dispatcher with blade and martial arts, but has a secret agenda. The film, directed by Cody Calahan, isn’t super deep, but it is good cheeky (and bloody) fun. On Shudder.