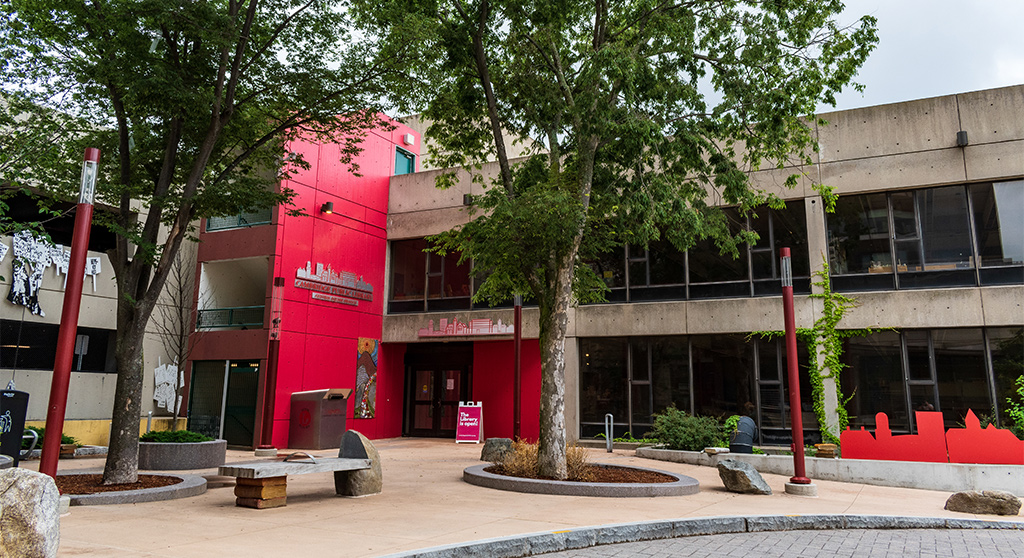 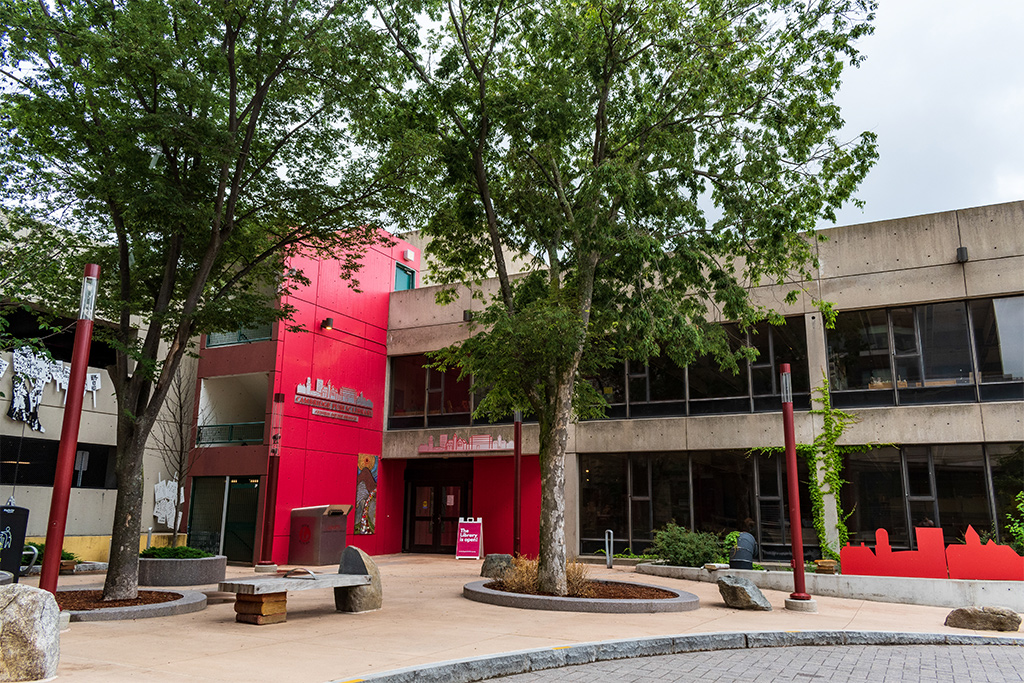 The Central Square branch of the Cambridge Public Library was approved Monday for a $500,000 study of its space needs, but city councillors say staff need to think bigger – such as using the city-owned land for a tower of public housing with the library on its lower floors. Maybe even expanding that project to the parking garage next door.

“There are other opportunities to think about with this space,” councillor Marc McGovern said. “I spoke to an architect who lives in Cambridge … who’s working on two projects in Boston where they’re building housing above public libraries right now.”

Height would be of little concern, since the Cambridge Housing Authority’s 16-story Frank J. Manning Apartments are a neighbor, McGovern said.

Other councillors were intrigued by the possibilities as well, with E. Denise Simmons wondering “what else could happen on that site.” Quinton Zondervan imagined a future in which the three-story, 280-space Green Street Garage at Pearl and Green streets was replaced with affordable housing and some parking moved underground.

City staff splashed some cold water on the ideas, suggesting councillors not delay a request for proposals on needs for a library branch that has waited a quarter-century for serious improvements – though the branch is already undergoing a refurbishing with some new furniture, shelving and computers and drywall and carpet replacements in areas.

To expand beyond library needs, especially for housing, “it would mean that we would really have to almost start over,” City Manager Louis A. DePasquale told councillors at their weekly meeting. “I don’t think it would be in this RFP, because I think they’re totally different items.”

A technical problem is that the city cannot sell bonds to build housing, city staff said, though there were partnership opportunities and the city manager was willing to research the possibilities through his own office and that of the city solicitor. “I don’t know how they’re doing it,” DePasquale said of Boston.

As to the Green Street Garage, while it stands on a large amount of land that could become a lot of housing, it is also a significant generator of revenue for the city and vital to the businesses of Central Square, the city manager said, and certainly no action would be taken before consulting with the Central Square Business Improvement District.

DePasquale admitted that staff thinking about the branch “was always, ’Well, we’re going to look for another location.’ We’ve never addressed the real issue that there probably may not be another location.” In the 25 years city staff spent thinking the branch might move, “the attempt to make it bigger, to literally say should we change the structure, has never been addressed,” he said.

Structurally, the library “could go up further and possibly go out further,” said Maria McCauley, the city’s director of libraries, but that might be the extent of what’s considered under the current RFP. Assistant city manager for fiscal affairs David Kale stressed that the call for consultants was limited to “the current footprint” – and that no physical expansion may be necessary once a programmatic review was done.

That sounded unlikely as residents and officials spoke over the course of the night, with councillor Dennis Carlone calling libraries the social centers of the city, occupying a position once held by schools, and others noting how the Central Square branch has, over time, taken on cultural uses and a social services aspect – with a social worker joining the branch library’s staff in 2020. “Is it a homeless shelter or a library?” resident Catherine Zusy said. “Should it grow into more of a cultural center accommodating dance classes and performances, serving functions once served by other spaces that we have lost? Wouldn’t it be great if it had a real gallery as well for local exhibitions?”

Discussion was essentially closed by vice mayor Alanna Mallon, who advised moving the library order for a $500,000 study immediately – it alone is estimated by city staff to take between a year and two years to complete – and look at the issue of housing above the library and at the Green Street Garage separately. The library study passed unanimously.

Of course, this is not the first time these issues have been considered. In its final report from 2013, the city-funded but more or less abandoned C2 study urged staff to “rethink the branch library as a public cultural, media and technology center and consider the redesign and reconstruction of the Green Street Garage.”

The Central Square branch library is at 45 Pearl St., Cambridgeport.