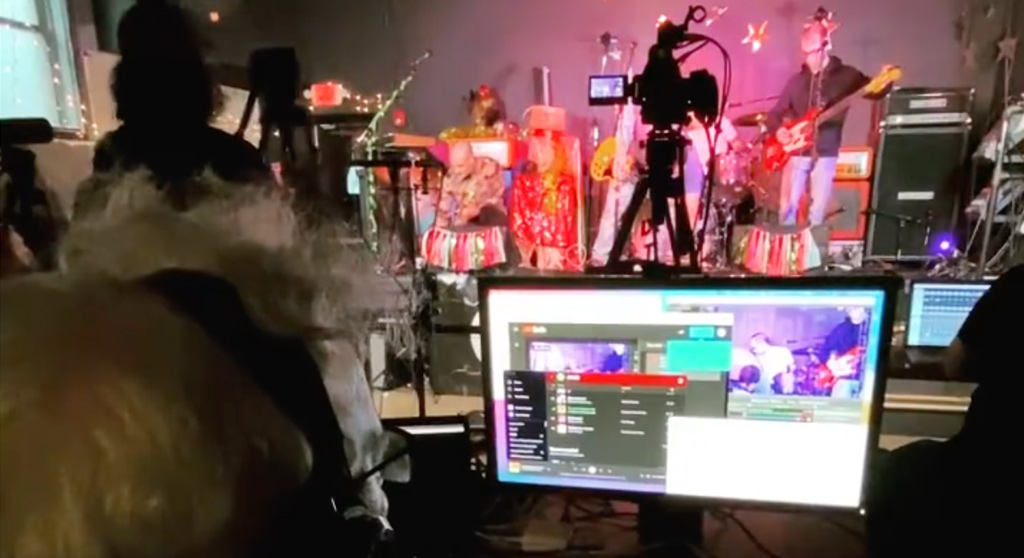 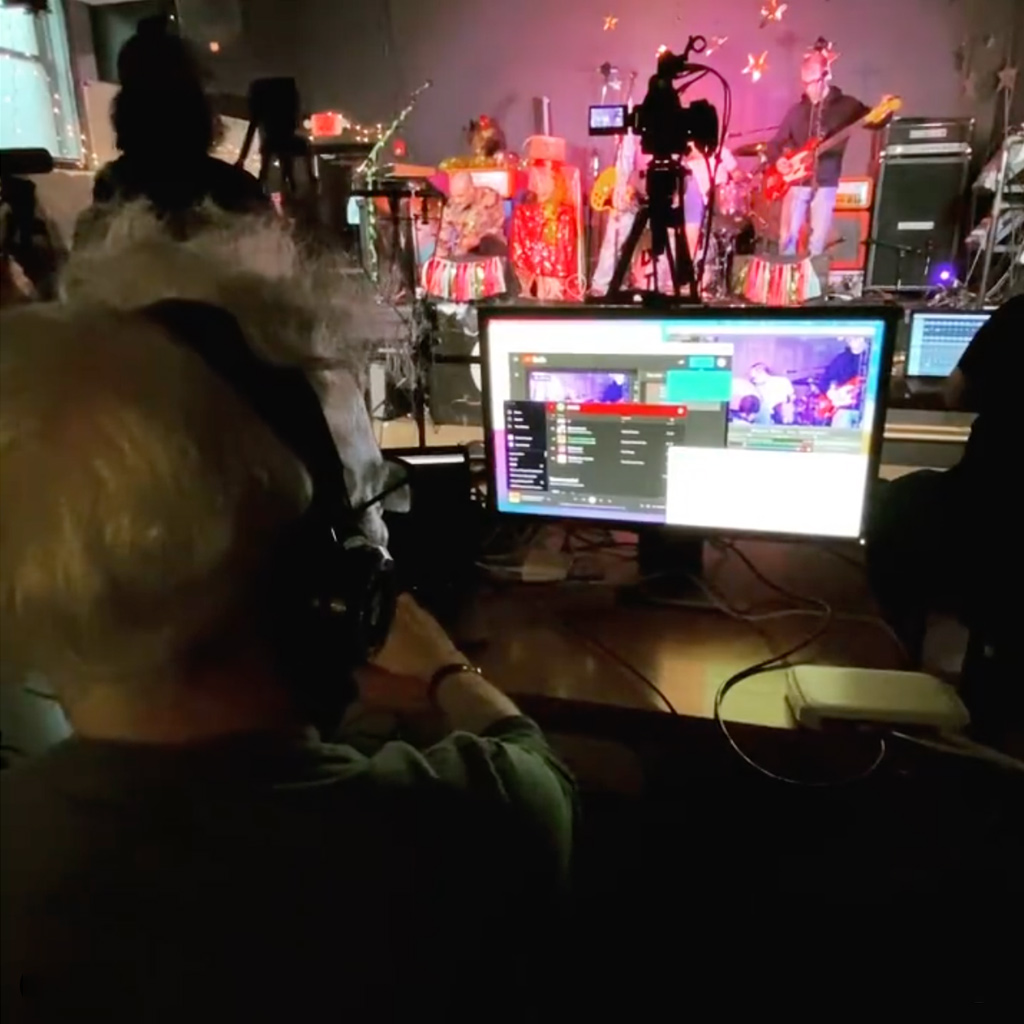 Dutch Tulips performs June 3 at The Jungle in Somerville in a show livestreamed by Once Somerville – forced to close its own bricks-and-mortar location in December. (Photo: Once Somerville via Instagram)

Six months after Congress approved roughly $16 billion in aid for entertainment venues shattered by coronavirus, only 411 have received money out of 14,214 applications, the Small Business Administration reported Monday.

The figures are all the more frustrating when compared with how restaurants are getting federal Covid aid, said J.J. Gonson, owner of the Once Somerville music club – which filed an application for help in April that was approved Tuesday.

Venue operators “were asked to upload more than 40 supporting documents, including things like examples of advertising, proof that we paid bands, proof that we had paid security and sound people and a ticket person,” along with detailed plans on how aid money would be spent, Gonson said in an interview on June 11. “All restaurants had to do was push a button, because it all went straight through their point-of-sale system, [and they] got a simple equation: how much they earned in 2020 subtracted from how much they had earned in 2019.”

As opposed to Gonson’s complicated application and 50-day wait for approval, Kari Kuelzer, who applied for aid as owner of Grendel’s Den in Harvard Square, confirmed that her application “took about 12 minutes and was refunded within two weeks,” in an interview on June 17.

“It was unbelievable,” Kuelzer said Thursday, describing how data from the Grendel’s Den point-of-sale system was “linked up with the SBA [to] just let them pool your data and populate that automatically.” She believed she was also reviewed more efficiently because she was able to file as a woman-owned business.

The application “was good for me, but I really feel for these venues,” Kuelzer said.

U.S. Sens. Amy Klobuchar and John Cornyn wrote the Shuttered Venue Operating Grant relief act – also called “Save Our Stages” – to quickly dispense support for venues that were the first to be closed by the coronavirus and the last to reopen. It was enacted Dec. 27; for many, the monthslong absence of income made the relief the only thing standing in the way of permanent shutdowns. Bull McCabe’s Pub and Thunder Road in Somerville have closed as a result of Covid shutdowns; the ImprovBoston comedy theater in Central Square is closed, though its nonprofit is still operating.

When the act was passed, venue owners looked forward to catching up with rent and utility bills, paying workers and using grants to make their businesses more resilient to future economic crises. The Club Passim folk venue in Harvard Square said it planned to use the grant for improved streaming technology.

While Kristie LaSalle of ImprovBoston initially praised the SVOG as “more flexible money than we’ve seen in the past,” the grant rollout was botched. It took four months for the SBA to launch April 8, and the grant website crashed after just two hours. The relaunch was April 26, drawing 14,214 applications – of which approximately 5,000 are “Priority 1,” meaning the venue asking for help has experienced at least a 90 percent revenue loss and is on the verge of shutting down.

Adapting after a bad start

In early May, new SBA administrator Isabella Casillas Guzman – she was sworn in March 22 – promised that all Priority 1 applicants would be reviewed and approved applicants would have their disbursements by the end of the month; 500 reviewers were hired to process the applications. As of Tuesday, 405 of the Priority 1 applications have been processed and approved for their awards, which is about 8 percent of the Priority 1 filers.

Congress questioned Guzman on May 26 about the continued delays.

The sheer amount of materials demanded by the last administration’s grant process is what is slowing processing and disbursement despite the additional reviewers, said Elizabeth Moisuk, the New England Regional Communications Director for the agency.

The SBA “has dedicated a team of hundreds of reviewers working around the clock to process, approve and disburse funds as quickly as possible to get the nation’s venues back on track. In large part because of statutory requirements – created in the last administration – the applications require extensive scrutiny,” Moisuk said in a Thursday email. “To further shed some light, applicants have included anywhere from 30 to 100 documents in their applications to ensure they met the statute’s guidelines, and each needs review before moving on in the grant award process.”

“The program was not afforded the flexibility to decide who runs it and was hampered by red tape,” as opposed to the Restaurant Revitalization Fund, which operates more like a direct payment program, Moisuk said. The previous administrator put the RRF under the Office of Capital Access, while the Shuttered Venues grants remain with the Office of Disaster Assistance; the SBA is bringing in the restaurant refund team to help, Moisuk said.

Still, Gonson, co-founder of the SaveMAstages nonprofit and a representative of the National Independent Venue Association, said NIVA’s calculation showed that if the government continues at its current pace, it would fund the final applicant “by 2026.”

“Past our breaking point”

NIVA sent Congress a letter June 9 pleading that its members were “past our breaking point. We can’t hang on any longer. We want to participate in America’s economic recovery, but our venues can’t afford to reopen our businesses.”

The grants also come with many conditions. Venue operators have to specify where and how their grants would be used, which Gonson called “pretty much impossible if you don’t know what’s going to happen in the world. And we had no idea – this was in April.” Despite a lot having changed, including Massachusetts and most of the nation now fully reopened, the grants do not allow venue operators to differ from their initial grant spending plan by more than 10 percent, she said.

At least Gonson has a sense of what to do with her aid, which she expects to arrive within three days of Once Somerville accepting it: After shutting her doors on Highland Avenue in December, she hopes to reopen a physical venue. “I feel like it’s a miracle if they’re going to fund us in the condition we’re in, since we’re closed,” she said. It might signal wholesale funding of SVOG  grants, because fewer venues filed for them than expected, she said Friday.

Moisuk of the SBA added that the grant program has awarded nearly $304 million to date “in economic relief [but] realizes the critical need to increase processing speed for Shuttered Venues applicants – the current pace of awards is not reflective of the high standards that we strive to meet.”

“We are committed to doing everything we can to improve funding speed, get Americans the relief they desperately need and open our venues again,” Moisuk said.