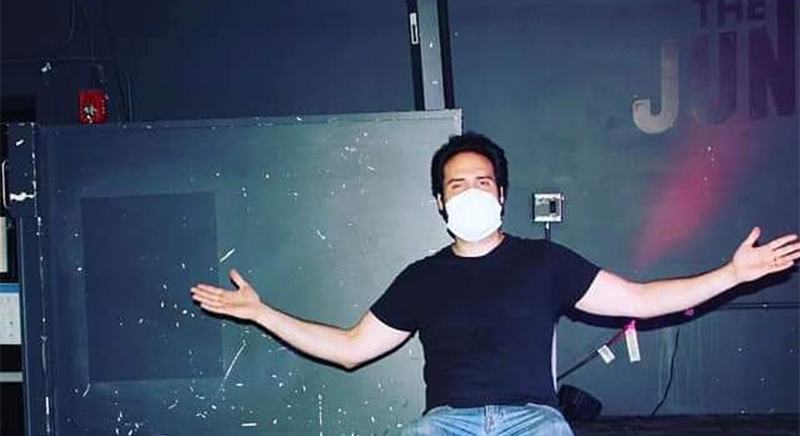 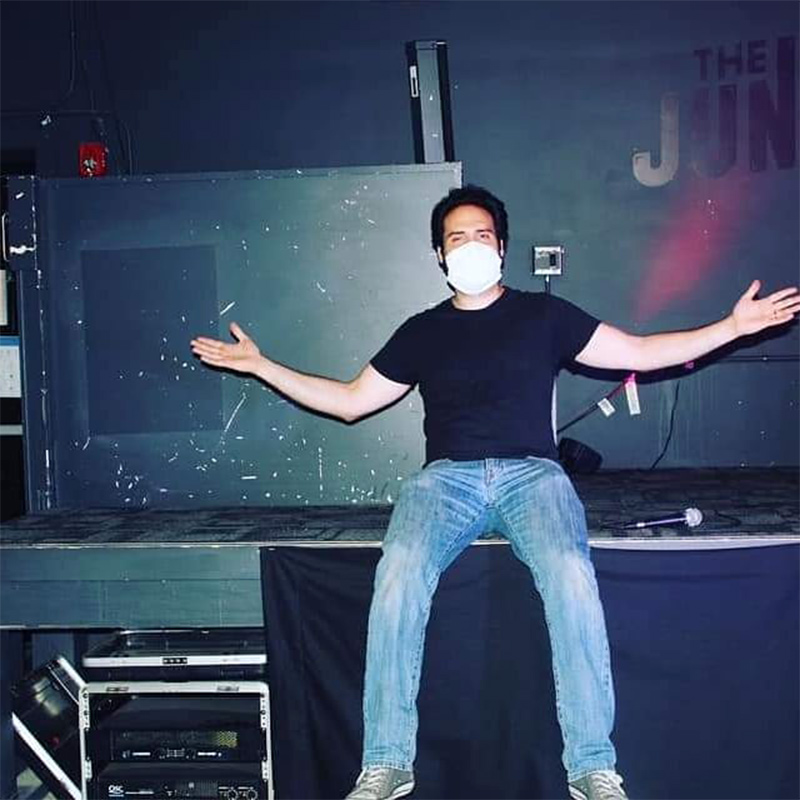 Sam Epstein of Somerville’s The Jungle music club says he has received no word on when a disaster relief fund application process for shuttered venues will restart. (Photo: The Jungle via Facebook)

First-to-close, last-to-reopen nightclubs and stages were eager to apply for their share of $15 billion in disaster relief known as Shuttered Venue Operators Grants, so many were online April 8 as the U.S. Small Business Administration opened its portal to accept applications. Then they watched as the SBA shut the site down two hours later, with no applications accepted, pointing to identified “tech issues.”

For several days the government site assured that “we aim to reopen the portal by the end of the week of April 18” – but late Thursday, running rapidly out of week with no updates, it finally tweeted out that the restart would come Saturday – then, on Friday afternoon, switched it to noon Monday based on “stakeholder feedback.”

Information about the portal was kept on the national level of the SBA; multiple state and Boston area members of the agency were still in the dark Thursday afternoon. “We do know that the funding is urgently needed,” said Elizabeth Moisuk, of the agency’s Boston Regional Office.

A spokeswoman for the agency, Andrea Roebker, speaking from its headquarters, would say late Wednesday only that the SBA plans to “provide advance notice of the application portal reopening so applicants can be best prepared.” In an email at 10:16 p.m.

The funds, fought for by the National Independent Venue Association since the coronavirus pandemic shut down stages nationwide, and passed by Congress in late December, is first-come, first-served, with a welter of confusing documents required on which any mistake might suddenly disqualify an applicant. “They’ve explicitly said they will not give you an opportunity to ask questions or cure any inadequacy in your application – they’re just going to decline your application and move on to the next person to give out all the money as fast as possible,” said Sam Epstein, who opened The Jungle music club in 2019 in Somerville’s Union Square. “It’s scary that it’s an all-or-nothing thing.”

As a result, he said, “all I’ve done since April 8 is every single day go through these documents and expand to more and more pages of explanatory documents – I’ve basically been writing these textbooks that explain everything about the accounting, the finances and the taxes of my business.”

“I’m sure it’s way overkill,” Epstein said, “but there’s no other use of my time. I can’t open the club. We’ve been shut down more than a year, and this grant is essential to our survival.”

No closings from delay

While Epstein didn’t find the two-week delay from April 8 itself to be excruciating – the money wouldn’t have arriving immediately anyway, and the massive loans that he needs to repay have already been taken out and are accruing interest – his colleague from Once Somerville, JJ Gonson, knows that if some venue operators don’t get their money soon, it will be too late.

She and Epstein founded SaveMAstages as an offshoot of the National Independent Venue Association; it has an estimated 114 members statewide, about 50 of which are venues – promoters, bookers and other industry workers can join too – with several of them being in Cambridge and Somerville. Her leadership didn’t keep her from having to close the doors on her own 9,000-square-foot club on Somerville’s Highland Avenue permanently in December, though she continues to book and promote bands virtually.

“Just like everybody else, we’re counting on these funds to keep going, because my investment was flushed down the toilet,” Gonson said.

The owners and managers of Harvard Square’s nonprofit Brattle Theatre, which is also seeking money from the fund, said on the Monday edition of their podcast that they were pretty sure they knew of a big example of a venue shutting down because of the portal crash: The ArcLight cinemas chain, which opened 15 screens in Boston as recently as November 2019, but has since announced none of its 17 locations nationwide will reopen. “I don’t think it’s a coincidence that the ArcLight Pacific announcement is [now] and the SVOG didn’t happen last week,” said the Brattle’s Ian Brownell. “They may have deals with landlords where they were like, ‘Yes, absolutely we are going to write you a check on this date,’ and then they were like, ‘Well, crap.’” (ArcLight owners have not given details on what’s behind their shutdown.)

The government must distribute the money, but “every day it doesn’t is potentially a day a business is not able to renew a lease or reopen,” said the Brattle’s Foundation’s executive director, Ivy Moylan.

The Brattle is surviving so far without the grant, they said, and another Harvard Square institution – Club Passim – is in a similar situation, publicist Adam Klein said. “Passim has been very fortunate,” Klein said.

He was still struck by all the months of run-up to the portal’s opening, only to “have that epic fail,” Klein said.

In Somerville, the Center for Arts at the Armory organization expects the eventual grant money to be “very important for us in the months ahead, and for the rest of the year … the grant will be critical,” said Stephanie Scherpf, the nonprofit’s executive director. While the organization has stayed afloat overall with a couple of modest Paycheck Protection Program loans and city and state grants, the coronavirus and tough restrictions placed on entertainment venues by Somerville government have resulted in a series of stops, starts and changes to the center’s business model. Scherpf said she had just applied to have outdoor entertainment.

Even two weeks after the portal first opened and a few updated FAQs later, Scherpf said she still had questions about an application with zero room for error.

“It’s not an easy application, so it’s [been] frustrating not to be able to target a day and say, ‘Okay, I’m going to set aside the entire day on Friday starting it,’” Gonson agreed, calling the shutdown of the portal, its effect on shuttered venues and lack of insight on when it will be rebooted for use “infuriating.”

Adding to that is a look at the Restaurant Revitalization Fund program application, which Gonson said was far simpler than what the shuttered entertainment venues have to navigate. The SBA hasn’t said when the restaurant relief portal will open, but Gonson worries it will conflict with applications from the venues.

“For every venue, there’s like 100 restaurants. We were already worried about how they were going to process our tens of thousands of applications,” Gonson said.

Roebker confirmed that the agency would be handling both sets of applications, but said the programs are administered by different offices: Shuttered venues by its Office of Disaster Assistance and restaurants by its Office of Capital Access. “As you may have noted,” said said, “technology will play a bigger role” for the restaurants.

This post was updated April 27, 2021, with information from Andrea Roebker about how dual venue and restaurant submissions will be processed.