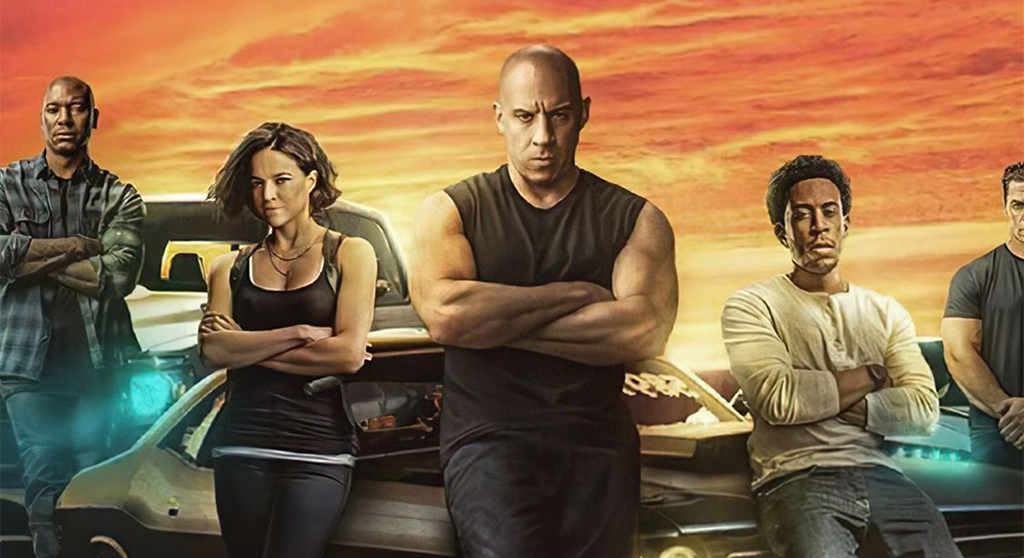 Less is more, except when it comes to vaccinations, your bank account and movies about jacked dudes driving muscle cars. Hard to believe this living-on-longer-than-it-should franchise about car jockeys doubling as covert agents has made it to “F9: The Fast Saga,” a cheekily oxymoronic title for a series taking on the endurance aspects of Le Mans. It also proves false, as more and more characters and famous mugs are folded into the mix and others are resurrected from chapters that barely made the grade (hello, “Tokyo Drift”). It’s a long drag, lasting more than two hours, that with all its world-hopping feels like the checkered flag is always around the next bend. Even the seat-rattling sensory overload of jittery dash-cam footage, hyperkinetic cutting and all the crash-booms that litter the screen tend to weaken over time. As we should know by now, much of the magic and mayhem is done on green screen, given whoosh and life by an army of CGI coders in Canada, and the ease of turning a key so effortlessly to produce car crash wonderment feels like a cheat. One laments losing the gritty authenticity of old-school stunt work and keen editing of William Friedkin’s “The French Connection” (1971) and his day-glo neo-noir “To Live and Die in LA” (1985), real-time car chase capers that will never be replicated – though “Drive” (2011) made a respectable go at it.

It’s not that I had a bad time at “F9,” which puts original “F&F” director Justin Lin back in the driver’s seat, or harbor a serious distaste for the series. I just wish it could be a notch sharper and more entertaining. (And can we please banish the line “Let’s do this” and the like?) The whole ka-bang, kaboom is driven by a MacGuffin: a DNA-coded device called Aries that allows its possessor to access and control all computer code in the universe. Russian trolls and Bond villains would literally die for it; here it’s a foppish Euro psycho named Otto (Thue Ersted Rasmussen) and an army of faceless commandos in helmets and black Kevlar suits. On the side of good are heroes such as Dom (Vin Diesel) and Lefty (Michelle Rodriguez), tearing up the streets of old world Europe with retrofitted American classics – being inconspicuous ain’t a thing – to stop Aries from morphing into the mother of all computer viruses.

Diesel’s swagger and Rodriguez’s simmer have always been – and still are – the engine of the franchise, and Diesel’s brooding Dom has a massively clichéd yet winning “Rocky” thing going for him, the secret sauce to solid hack filmmaking. But it’s a perk that Helen Mirren, Kurt Russell and Charlize Theron, who had small yet entertaining parts in past episodes, pop up in small bits (Theron, sporting a modish bowl cut, gets to get her vamp on with a dose of camp), while local guy and WWE sensation John Cena shows up as Dom’s baby bro with a dark past, seemingly revving his engine for the opposite side of justice. On paper, the brotherly rivalry has the trappings of a Shakespearean tragedy; in execution, no matter how hard the filmmakers and actors try, the pathos feels like another green-screen trick of the light.

Reaching for new highs, the stunts and FX often lurch into hyperbole – there’s a Pontiac Fiero with a jet rocket strapped to its roof – but that becomes one of the charms of “F9,” which doesn’t take itself too seriously. (That scene in the Fiero with Tyrese Gibson and Ludacris is a good example.) Challenging Lin’s pacing is the ton of backstories that need to be told, the most interesting of which is that of young Dom (Vinnie Bennett, impressive) and his brother’s early woes. The film, however, only really moves at two speeds, and it’s a bit unsettling to go from a quiet reveal to Michael Bay-esque barrages of bombast without any shifting of gears. To that end, “F9,” like a Bay flick, is perfectly packaged box office bait, joyous popcorn junk that should drive folks back to theaters after long Covid shutdowns.