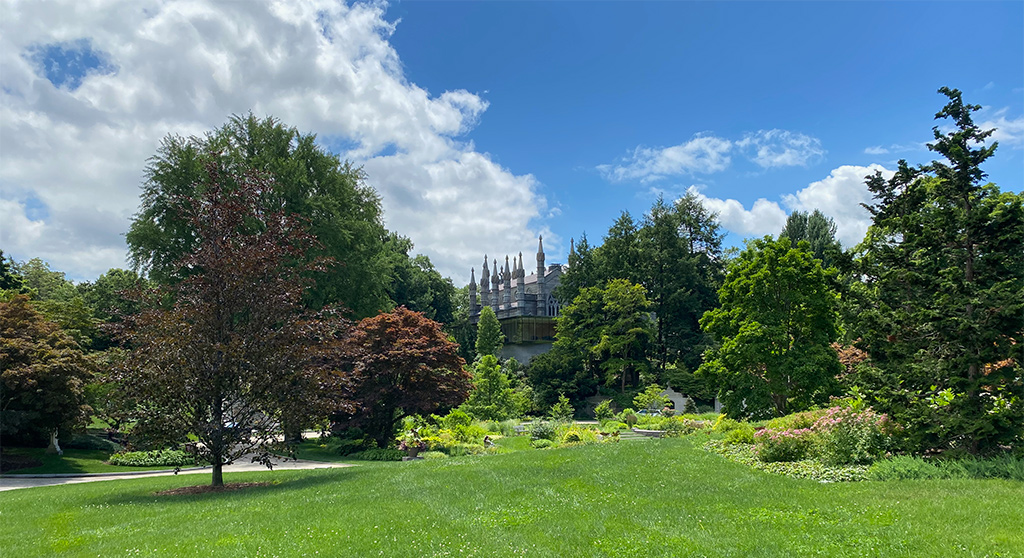 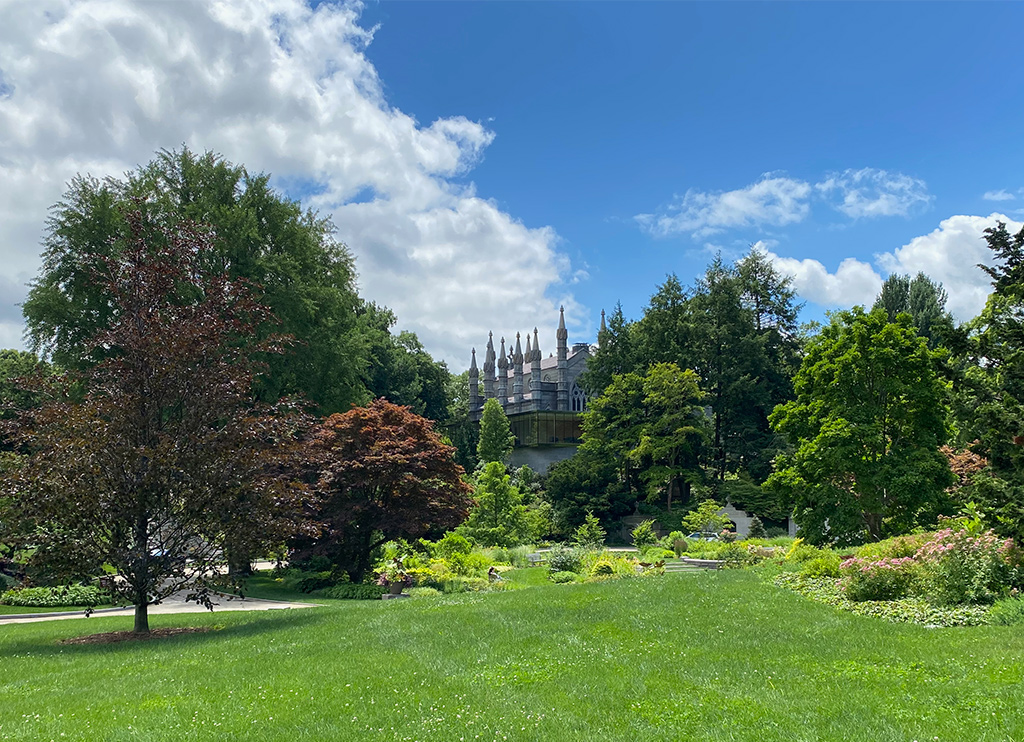 Some of the tree canopy at Mount Auburn Cemetery. (Photo: Marc Levy)

It may be that one of the healthiest places you could live in Cambridge is filled with dead people. Mount Auburn Cemetery’s roughly 5,000 trees provide the kind of canopy that is sorely lacking in most of the city. Using 2009 as a baseline, Cambridge’s tree canopy has shrunk by more than 16 acres every year. As a result, only about a quarter of the city is now shaded. And at the rate we’re going, by 2030 as much as 83 percent of the city could be without any tree canopy at all

Why does the tree canopy matter so much? It isn’t a question of beauty, although most of us prefer some green mixed into even the most urban landscape. Rather we’ve learned that trees are indispensable for humans. From cleaning the air to absorbing storm runoff to reducing the temperature, trees are the original irreplaceable infrastructure.

Let me offer one example: A healthy tree canopy can lower the ambient temperature in a meaningful way. By 2050 it’s projected that we’ll have more than 40 days a year with temperatures of 90-plus degrees. And heat is already the largest cause of weather-related deaths in the United States. Trees cushion that blow: On a 90-degree day, a shaded street can feel like 80 degrees while a sparsely shaded one can feel like 100 degrees.

The importance of trees to urban living was recognized long before people understood the science behind it. In 1636, Boston enacted its first ordinance to protect trees, and just 10 years later the still fledgling city began to actively plant them. In 1899, Massachusetts became the first state to require every municipality to have a tree warden. Today, the Cambridge Department of Public Works is charged with caring for our roughly 19,000 public trees, including planting 950 young trees this year Sadly, though, it would take 4,300 new trees planted every year to offset the current rate of tree canopy decline. Planting them, even at this slow pace, is still a gift to the Cantabrigians to come who will reap the benefit of their full shade in 2050.

Trees, of course, do more than “just” cool us in an ever-warming world. They slow the warming in the first place by pulling carbon dioxide – the most prevalent greenhouse gas – out of the atmosphere. A typical hardwood tree, for example, can capture an astounding ton of carbon dioxide during a 40-year lifespan.

Affordable housing developments are already allowed to cut down mature trees. The Jefferson Park expansion in North Cambridge, for example, removes 144 of them, although Cambridge residents of every income level share a need for open space and trees. Today the city government also makes all sorts of exceptions for for-profit developers, as in the case of the massive Volpe project in East Cambridge; there more than 130 mature trees are on the block. The city’s own tree map is a stark reminder that hundreds of market-rate apartments have been built in the Alewife development with relatively few trees of any size.

A recent essay by former vice mayor Jan Devereux (“Save More of the Big Trees at Tobin VLUS,” June 21) argued for saving trees at the Tobin and Vassal Lane schools in West Cambridge by Fresh Pond. Now we learn that part of what necessitates the removal of these old-growth trees is the city choosing to add a stormwater system requiring a 1.3 million gallon tank on the Vassal Lane site. This decision, which goes against what City Council, the Envision Process and many residents want to see happen in the city, is before the Planning Board and the Board of Zoning Appeal for approval – in essence going against what the city itself mandates by way of process. What we need is a far more complete, transparent and well-vetted design process for this proposal that would remove so many of our mature trees.

When Devereux was on the City Council, she pointed out that in 2009, the city’s canopy coverage was 30 percent. In 2014, it was 26 percent. The city was losing about 16.4 acres of canopy annually, enough to cover 12 football fields. On June 28, the council voted to support a tree canopy ordinance intended to slow this destruction. A recent postcard distributed to residents by the Public Works Department reads as if the cutting of mature trees is okay as long as one plants a new tree. Alas, most new trees do not survive and we are running out of space where both older trees and new ones can thrive.

Thirty years from now, what will people see here? Will they visit Mount Auburn Cemetery not for its famous graves, rolling hills and specimen plantings, but simply to escape the heat? As one of the most densely populated cities in the country, we’re already at the tipping point of balancing development with sustainability. For decades, development has had the upper hand. More market- and luxury-rate housing is not a strategy for the public good. Trees take years to mature but only a few minutes to cut down. Protecting them for the well-being of current and future residents demands all of our effort.