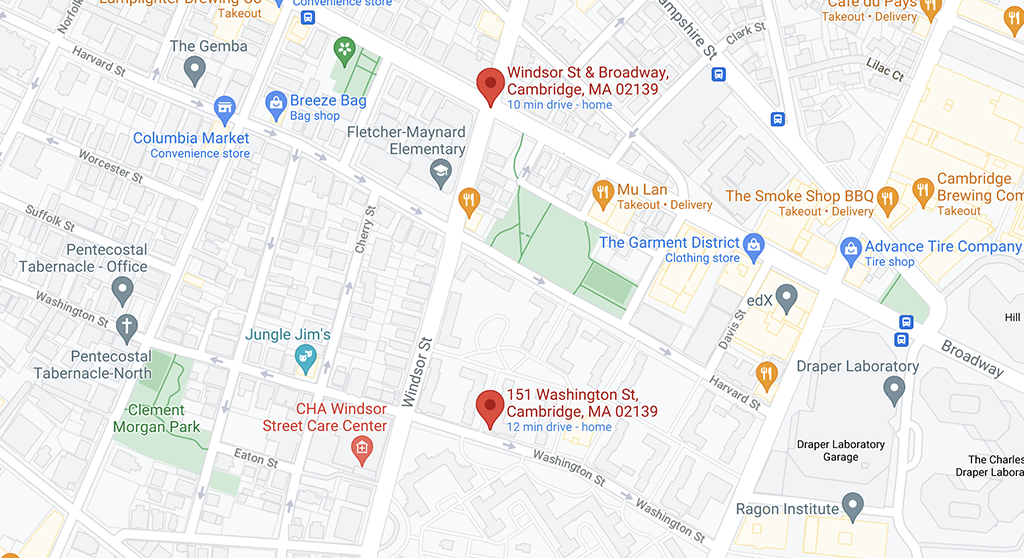 Police are investigating two separate overnight shootings in The Port neighborhood, each leaving victims with injuries that were not life threatening.

At approximately 4:30 a.m. Friday, the police department’s ShotSpotter technology detected gunfire near Broadway and Windsor Street, where responding officers found a male 16-year-old Cantabrigian who had been shot in the lower body, around the abdomen or lower back – reportedly by someone who pulled up to the victim in a car and shot him, then drove off. Police said that the victim was taken for treatment at a local hospital and investigating officers found three shell casings in the area. In addition, two vehicles had been hit by the gunfire.

Hours earlier – at approximately 11:18 p.m. Thursday – officers patrolling the area responded to the sounds of gunshots and a ShotSpotter activation around 151 Washington St., according to a Thursday email. A 22-year-old Everett man was found there by police with a gunshot wound in the leg. He too was taken to a local hospital, while officers searching the scene found at least eight shell casings and two more vehicles parked in a nearby lot that had been hit by gunfire.

As of Friday afternoon, both victims were considered in stable condition after what Jeremy Warnick, director of communications and media relations for Cambridge police, said were “not believed to be random attacks.”

There have been no arrests. Officers said they were processing evidence from the incidents and will continue to follow up with the victims, witnesses and anyone living and working in the area at the time of the shootings.

These are the seventh and eighth gunfire incidents in the city for 2021. The most recent previous Cambridge shootings were, like the Thursday and Friday incidents, nonfatal and took place in The Port. In those incidents, two men were shot May 19, and nearby cars were hit as well.

“Sadly, a large majority of the city’s gun violence continues to occur within a portion of The Port neighborhood. Of the eight gunshot-related incidents that have taken place this year, six have occurred within The Port. Last year, five of the seven incidents happened in The Port,” a statement from the city’s top officials said Saturday.

A “comprehensive officer deployment strategy” has been implemented in the area and will continue while all six incidents are investigated, the statement said. The “strategy of heightened visibility” is in addition to patrols and officers in traffic enforcement, special investigations and criminal investigations units that are in the area in uniform and undercover.

This post was updated July 17, 2021, with information from a statement by city officials released that day.