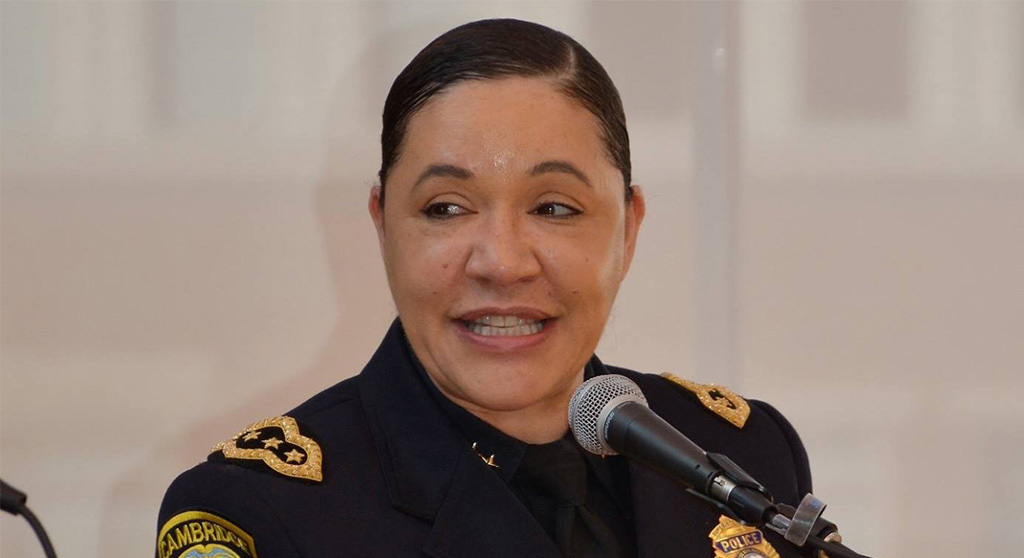 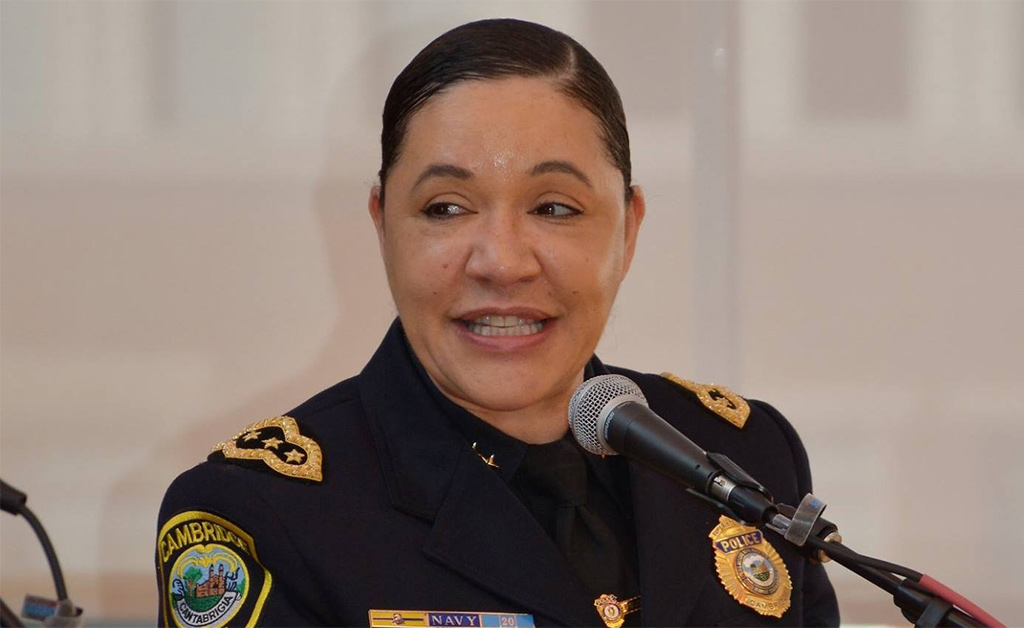 Superintendent Christine Elow has been named acting commissioner of the Cambridge Police Department, effective Saturday. She takes over for Branville G. Bard Jr., who led the department for four years but is leaving for a role with Johns Hopkins University.

“Christine has demonstrated strong leadership and a fervent commitment to the safety and betterment of our community. She cares deeply about this city and procedural justice. I am proud to have her serve,” City Manager Louis A. DePasquale said Thursday.

Elow will lead a 329-person force with a $69 million budget.

As Bard’s departure was made public July 27, he said he would “begin transitioning responsibilities and providing support” to two superintendents who would serve as co-leaders until an acting police commissioner was named.” He expressed complete confidence in superintendent Leonard DiPietro and Elow’s “abilities to lead CPD” together.

But Elow had been rumored as favored for the role, and perhaps not coincidentally has seen an elevated profile recently. In a July 17 press release about recent shooting incidents in The Port neighborhood, Bard is named as among the officials expressing “their most profound concern,” but so are Elow and DiPietro; at a July 20 “Safe Streets, Safe City” meeting about the shooting incidents, Elow was present but Bard was not. (Bard had been undergoing medical treatments.)

According to online biographies and her LinkedIn page, Elow, a Cambridge native and Navy veteran with a college degree, joined the Cambridge Police Department in 1995. During her rise through the ranks, she serving in the Patrol Division and oversaw the Professional Standards Unit, which investigates complaints made against members of the department. She later served as deputy superintendent for day patrols and community services and in 2017, was appointed superintendent of operations, making her the highest-ranking female officer in the history of the department.

With the 2019 move to the Support Services Division, Elow oversaw sections of the department that include criminal investigations, administrative services and family and social justice.

Becoming interim commissioner would not only trump her past achievement as highest-ranking female officer, but likely come with a raise from her $162,254 salary.

“It is a once-in-a-lifetime opportunity to lead a police department in the city I grew up in and love dearly. I am truly honored to have the opportunity to serve in this role and plan on doing everything I can to help the department advance its mission and serve as the model for policing in Massachusetts and the country,” Elow said in a Thursday press release.

Deputy superintendent Robert Lowe will be appointed acting superintendent of the Support Services Division. Lowe, who also grew up in Cambridge and joined the Cambridge Police Department in 2001, was most recently the commanding officer for the Family and Social Justice Section. Acting Superintendent Lowe joins DiPietro as part of the department’s senior leadership team.

There was no one “more prepared to lead [Cambridge police] than Christine Elow,” Bard said. “Superintendent Elow and Deputy Superintendent Lowe have been valuable members of my command Staff and are highly regarded within the community. They are proven leaders who have earned these appointments and I have complete confidence in their abilities to help lead the department.”

Public response among city officials and residents was also positive. Mayor Sumbul Siddiqui offered her congratulations to Elow and Lowe, saying that their “dedication to building public trust and long-standing roots in the community make them excellent choices to fill these roles during this transition.” City councillor Marc McGovern said of Elow, “I can’t imagine anyone better for the job.”