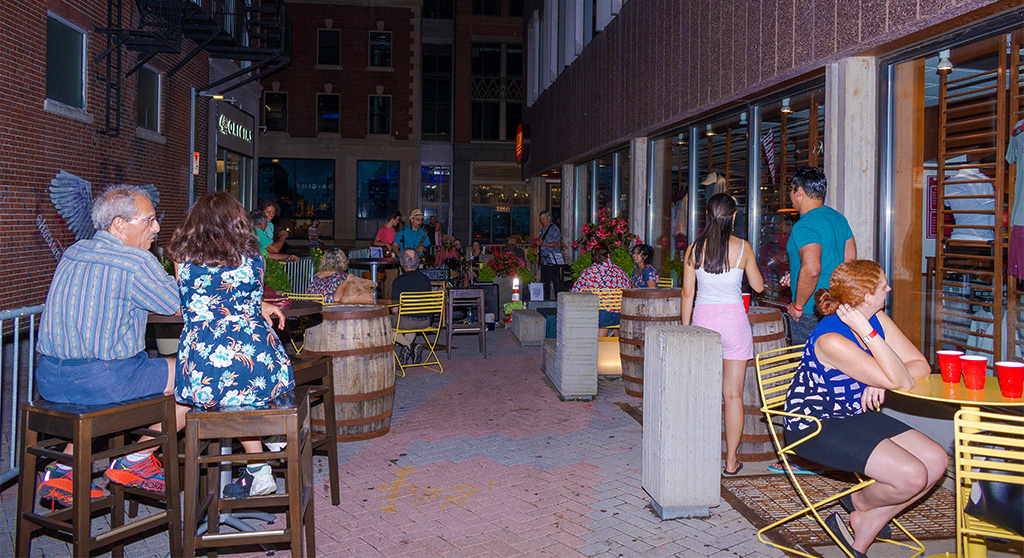 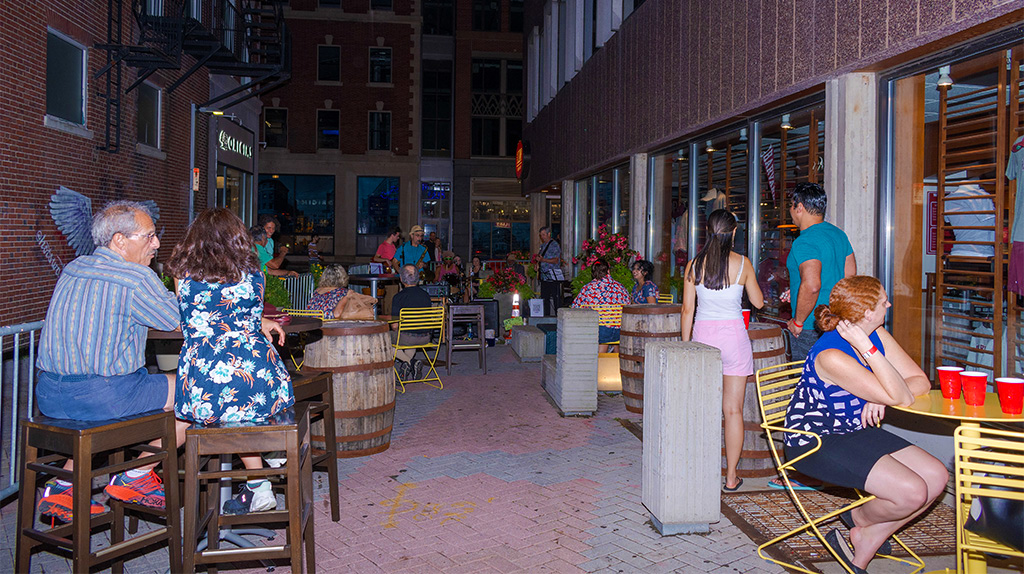 The city worked with the Harvard Square Business Association to make the area more pedestrian friendly while maintaining the ability to use the alley as a loading zone for abutting businesses.

The updates seen opening day include brightly colored chairs, a magnetic poetry wall, games such as cornhole and pingpong, as well as vendor tables promoting the city’s Community Development Department and an energy efficiency program. Squares in the Square, a cover band, performed popular songs at a pop-up beer garden run by Source, a restaurant across Church Street that opened in November, and El Jefe’s Taqueria offered food as well. The temporary beer spot was getting the most attention at the time of a Friday visit.

Artists Bob Smith and Kyoko Ono installed the “Michelle the Blue Elephant” sculpture in late July, adding to public art installations in the alley such as angel wing murals. In a bit of serendipity, Smith was in the area when he ran into Denise Jillson, executive director of the Harvard Square Business Association, who invited him to install “Michelle” on Palmer Street. 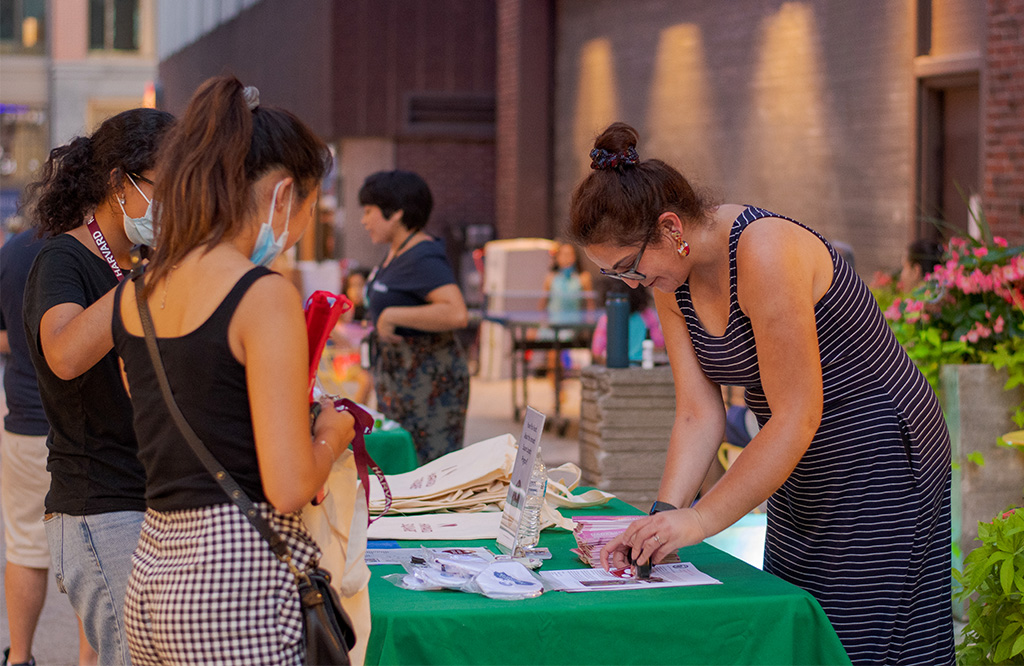 The launch is part of the city’s new Public Space Lab initiative. The program “seeks to cultivate inclusive and participatory public spaces,” according to an email from Iram Farooq, assistant city manager for community development. “Other interventions across Cambridge include the CloudHouse temporary shade pavilion in Greene-Rose Heritage Park in the Port and the non-restaurant-affiliated public patios open to all in Inman Square.”

Friday’s Palmer Street debut was the culmination of a February meeting that laid out a $70,000 budget for the project from a Harvard Square Improvement Fund. Ideas sourced from the public at the time ran the gamut from providing new tables and chairs to weatherproofing the alley by installing glass ceilings.

The event solicited more ideas on how to use the space, and the city expects to make more updates. “We view each of the improvements to Palmer Street as experiments that can, over time, be paired with additional efforts toward enhancing the space,” Farooq said. “We expect to monitor the usage of the street as we roll out new improvements.” 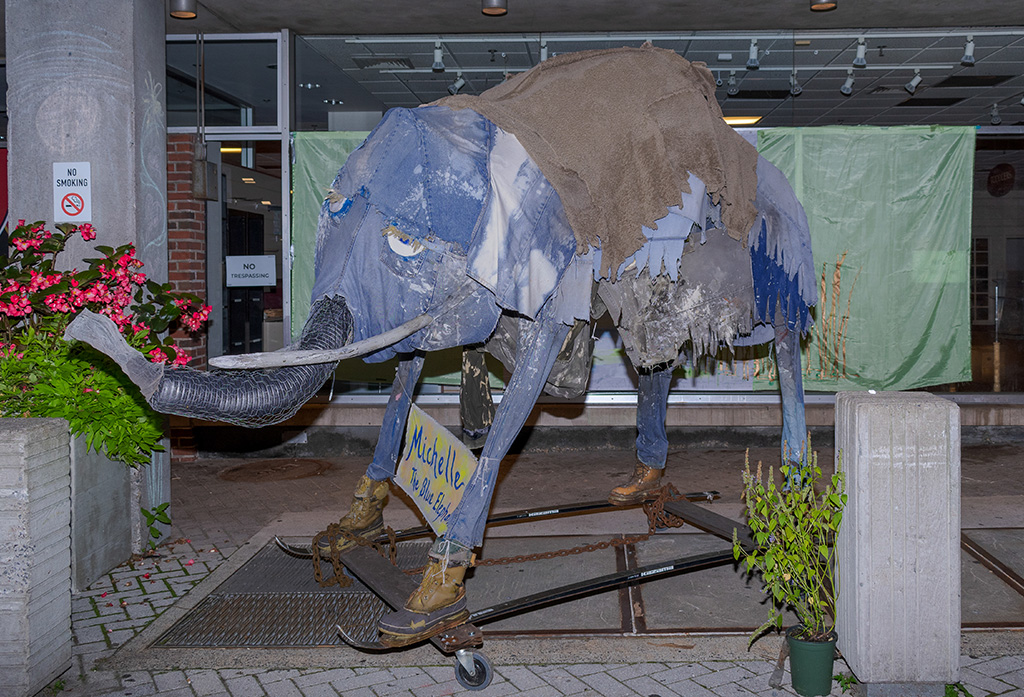 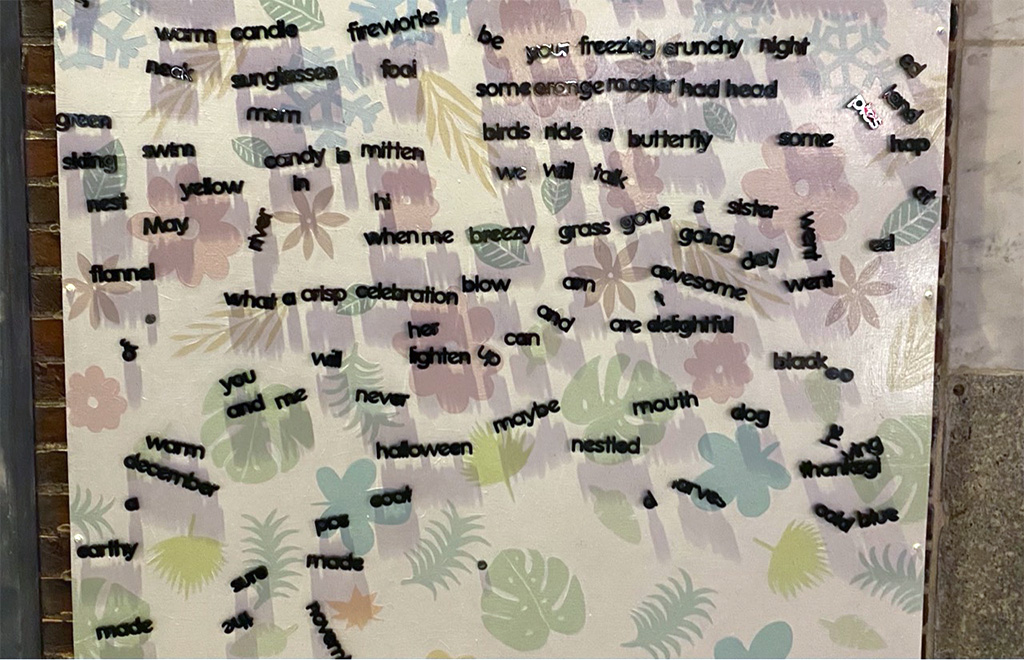