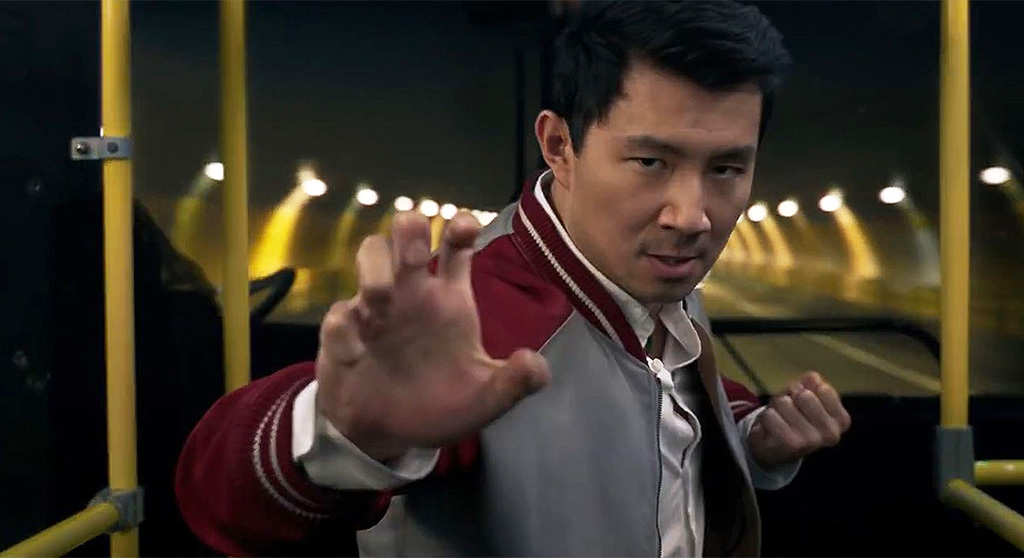 Aided by a formidable performance from Hong Kong superstar Tony Leung, director Destin Daniel Cretton doesn’t quite remake the Marvel wheel so much as he enlivens it with the kinetic, charming and surprisingly heartfelt “Shang-Chi: The Legend of the Ten Rings.” Simu Liu (of “Kim’s Convenience” fame) makes his debut into the Marvel Cinematic Universe in one of the strongest character origin stories the studio has done along with “Iron Man” and “Black Panther.” But the soul of the film rests with Leung as Wenwu, the complicated head of the mysterious Ten Rings organization and father to Shang-Chi. His impassioned take on what could have been a strictly villainous role, along with refreshingly playful and fluid action sequences and a relatable leading man, makes the latest entry into the MCU one of its best in years.

“Shang-Chi” manages to single itself out, at least until the typical and expected third-act wreckage, by allowing the lead characters to exist in a narrative that remains completely separate from the Avengers – at least for now. Played by Liu, Shang-Chi goes by Shaun, living in San Francisco and working a dead-end job as a valet with his best friend, Katy (Awkwafina) as he tries to outrun his past. As is often the case, however, that past comes back to haunt him through his estranged father (Leung) and sister Xu Xialing (Meng’er Zhang) and he’s forced to contend with a legacy he never wanted, as well as his crumbling family.

For the first two-thirds of the film, Cretton manages to sustain a breakneck speed, racing from one set piece to the next while still managing to instill life and heartache into the characters. The friendship between Shang-Chi and Katy – two aimless 20-somethings who are more than content to make minimal amounts of money and spend it the next night on drinks and karaoke – has lived-in chemistry, and it’s in the scenes where they play off one another that Liu shines brightest. Leung, meanwhile, is shown to be less a villain and more a complex, broken and selfish man who lost the love of his life and, with her, his drive to be a good father. Best known for his work in the films of Wong Kar-wai from “Chungking Express” (1994) and “In the Mood for Love” (2000) to “The Grandmaster” (2013), Leung has often been noted for his intensity and ability to act with his eyes; it isn’t a stretch to say Marvel got lucky casting him.

Where Leung keeps the heart of the picture beating, it’s the stunt work by the late, legendary Brad Allan that pulses through the runtime. “Shang-Chi” is leagues ahead of anything the Marvel studios have done to date. Often directed by filmmakers who don’t understand how to capture action or edited with so many cuts to the point of incomprehensibility, Marvel fight scenes have always leaned on spectacle over substance. Cretton and Allan course correct with intricate and ingenious sequences such as a fight on a city bus, filmed in close confines and with hand-to-hand combat clearly trying (and succeeding) at evoke some of Jackie Chan’s best work. The first meeting between Wenwu and his wife Ying Li (Fala Chen) carves out a niche as a sensual dance full of flirtations that pays homage to some of the best Wuxia films, such as “Crouching Tiger, Hidden Dragon” (2000) or even “Hero” (2002), in which Leung also starred.

As we watch Liu’s character barrel through hallways, swing across the roof of a bus and give chase to a dagger-wielding masked baddie, all shot with a brisk and skillful momentum that sweeps us up with the characters, one can’t help but wonder how even the more grounded action scenes feel far smoother and flowing than Spider-Man’s impressive acrobatics in any of the Tom Holland iterations.

The film – like the rest of the MCU – fails to escape Marvel’s doomsday third-act structure, but manages to sneak in just enough poignant moments to allow it to not simply fall prey to an overreliance on green screen mayhem. Liu may not (yet) be a fully polished performer, and the reliance on jokes seems based more on studio insistence than organic writing, but there’s heart here that’s been sorely lacking in superhero stories to date, and the best antagonist the studio has ever produced.