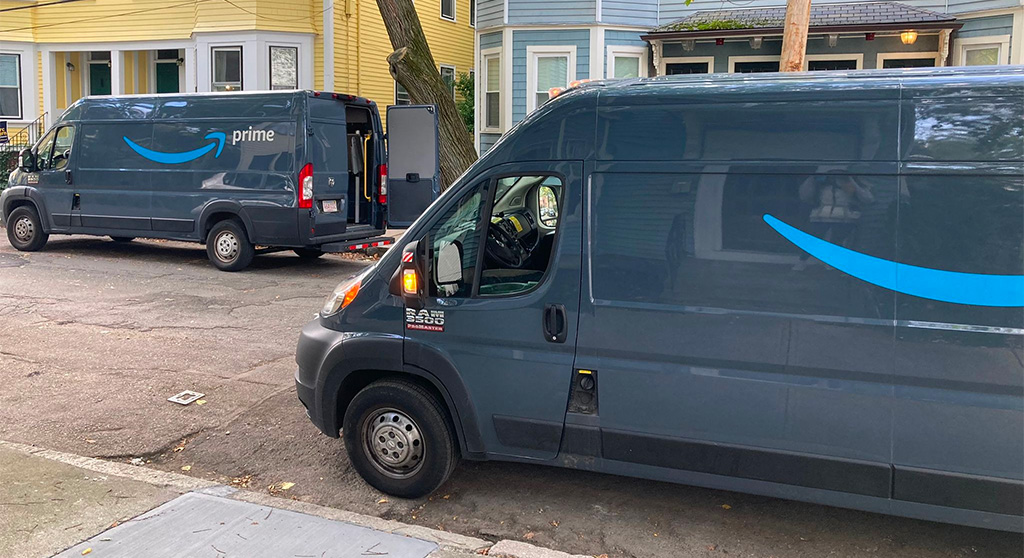 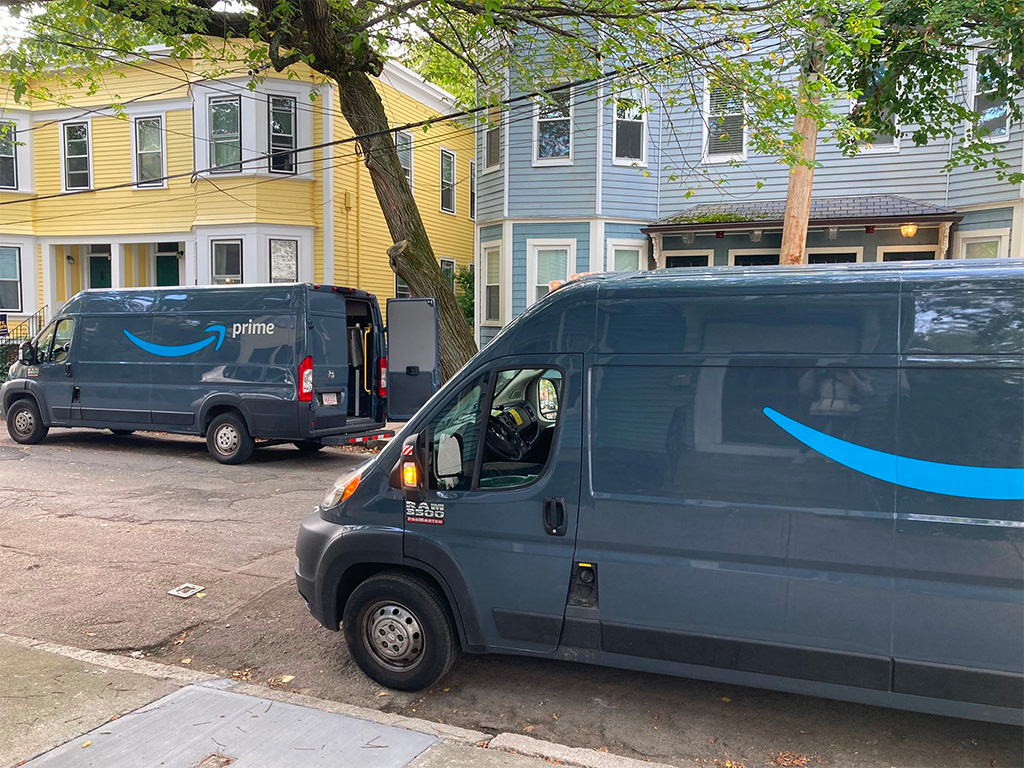 While there are countless factors causing small businesses to close, local owners have identified a source of many of their problems: Amazon.

As part of a nationwide effort to get antitrust legislation passed by Congress, the small-business advocacy group Cambridge Local First gathered testimony from its members over the summer about the effects of Amazon, an online retail giant that’s beginning to creep into the bricks-and-mortar world. Local business owners pointed to the high platform fees, Amazon’s duplication of products and environmental impacts as just a few of their issues, setting down in print many of the complaints CLF board members had been sharing among themselves.

While the efforts intersect with the work of small-business organizations around the country, it’s particularly important that the anecdotes have been shared with members of Massachusetts’ congressional delegation, said Theodora Skeadas, executive director of Cambridge Local First, because the support of politicians such as U.S. Reps. Ayanna Pressley and Katherine Clark is a counterbalance to the lack of support from Californian elected officials for stronger antitrust laws.

“California is a huge financial base for the Democratic Party, so they’re more cautious about taking a stand,” Skeadas said. “We feel the Massachusetts delegation has a pivotal vote that would send a very powerful signal – because we have a large number of those tech businesses here but are able to divorce ourselves from those interests.”

Her organization has been doing anti-Amazon advocacy throughout the year as the number of its delivery vans have proliferated on city streets. “You didn’t see those last year,” Skeadas said, “and there’s been a surge of complaints about the impact on small business.” She said she’s been walking around the city and talking with residents who say they support local businesses and the jobs they bring, “and an Amazon van pulls up,” she said. “Awkward.” 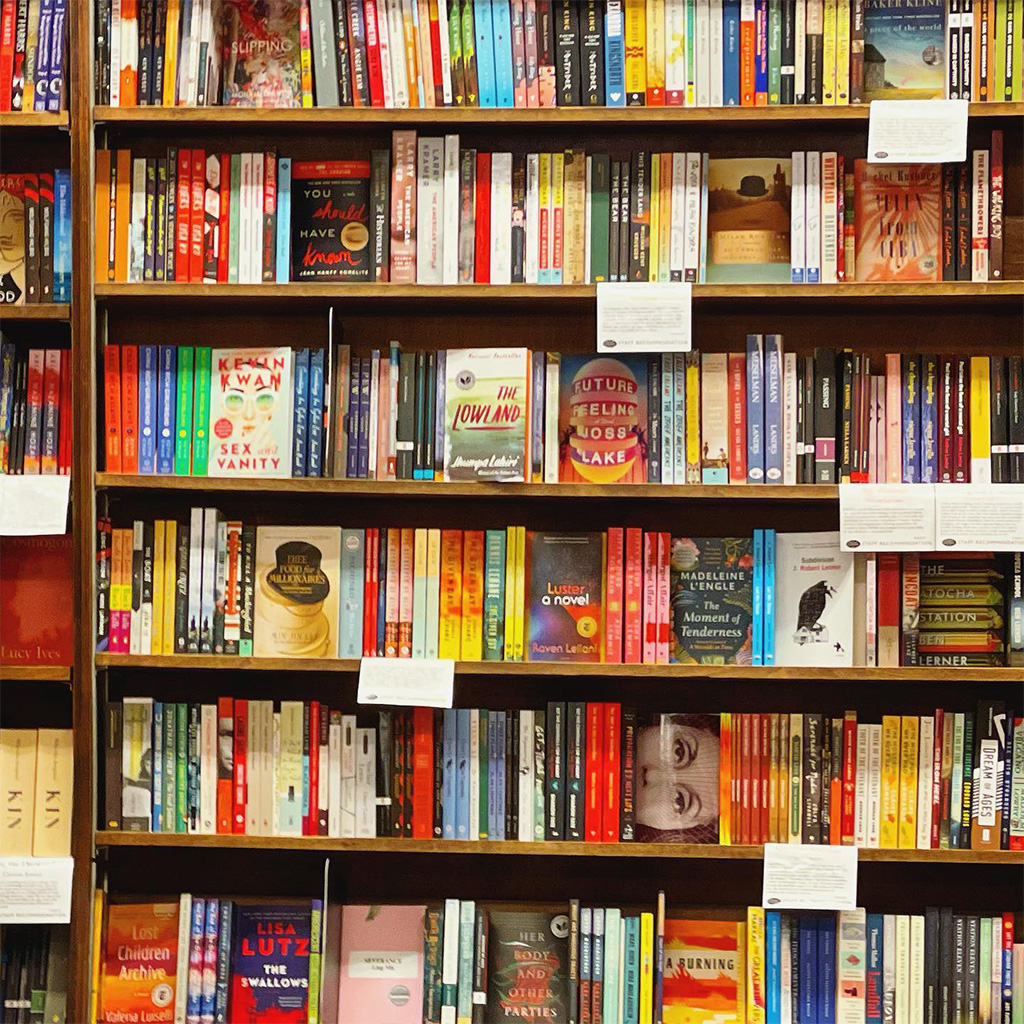 The handful of Amazon anecdotes gathered in the Aug. 5 CLF document are telling.

“We view bookstores as playing an important role in the cultural fabric of our communities, [and] the effect of Amazon has been to weaken that cultural fabric,” said Jeff Mayersohn, owner of Harvard Book Store, which has operated in Harvard Square since 1932.

In addition to selling books, the store hosts or participates in as many as 450 author talks a year, as well as being “heavily engaged” with other cultural organizations and supporting programs that encourage writing, reaching at-risk youth and working with schools and libraries, Mayersohn said.

In comparison, Amazon has “essentially turned books into commodities or widgets, like shower rods and kitty litter, where the focus is almost entirely on price and speed of delivery,” Mayersohn said. “They compete on these terms, where we cannot – and, as a result, weaken bookstores and the cultural fabric of the nation.”

Copying and cutting off

As Amazon prioritizes delivery speed and low prices, often at the cost of its employees’ well-being, many bricks-and-mortar businesses feel they can’t compete. But cutting delivery times isn’t the only way Amazon gets ahead: Some business owners argue that Amazon doesn’t play fair.

“If I have a custom notebook, and I try to write detailed product specifications and [provide] photos to help retailers decide to buy it, then Faire owns that data and can use it to copy my product and compete against me,” said Laura Donohue of Bob Slate Stationer in Harvard Square, referring to Amazon’s maker-to-retailer marketplace. “That is exactly the same story I have heard from Amazon retailers who find Amazon copying the most successful products and putting them out of business, and cutting them off of Amazon’s platform as soon as they have a substitute product.”

This phenomenon has been widely reported on, but small businesses feel they have no recourse, as there is nowhere else to sell their products online.

“Small indies do not have the wherewithal to create their own complete Web stores. Modern online shopping features are very complex now, [with] extensive search capabilities and credit card processing security … that only the pros can really handle, for two key examples. So using a ready-made platform is a necessity,” Donohue said. Amazon’s reported cut of 30 percent to 40 percent of sales puts it in the realm of the food delivery platforms that are damaging restaurants, and “retailers also do not have a 30 percent to 40 percent margin to pay for online orders.” 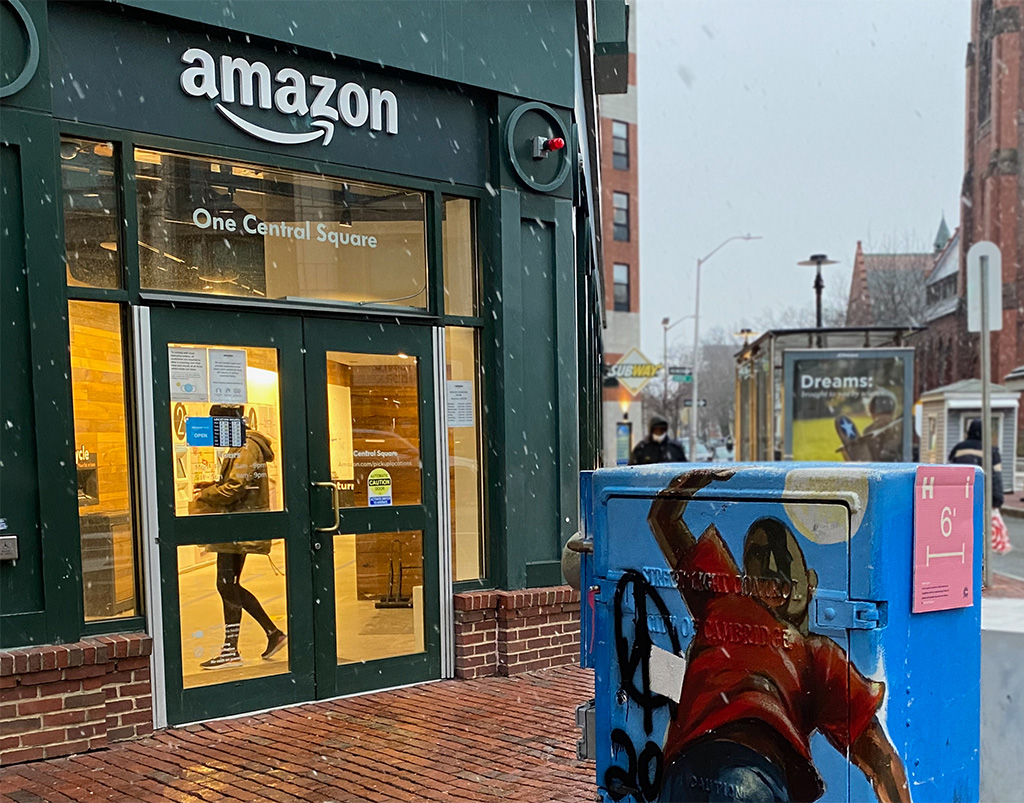 Amazon hurts small businesses and communities in a variety of other ways as well. Charles Marquardt, owner of Cambridge Liquors, pointed to a proposed single-use plastics ban as an example of how Amazon is often immune to regulation.

“Amazon and other delivery services that operate outside of [Cambridge’s] proposed ordinance contribute mightily to the amount of plastic waste but bear none of the costs through Cambridge taxes or our ordinances,” Marquardt said. “Maine now has a law requiring companies like Amazon to pay for the costs of recycling their packaging.” A similar law is being debated on Beacon Hill.

Big Tech companies have meanwhile stepped up lobbying efforts against antitrust bills – even calling them harmful to small businesses. Amazon spent $18 million on lobbying in 2020 alone.

CLF’s Skeadas pointed to the importance of these bills for small businesses in Cambridge and across the country.

“Failed antitrust policies in the United States are harming real people and communities, and weakening entire industries. We’re losing independent small businesses every day because of anti-competitive tactics and concentration. Fixing our antitrust policies is a top priority,” she said.