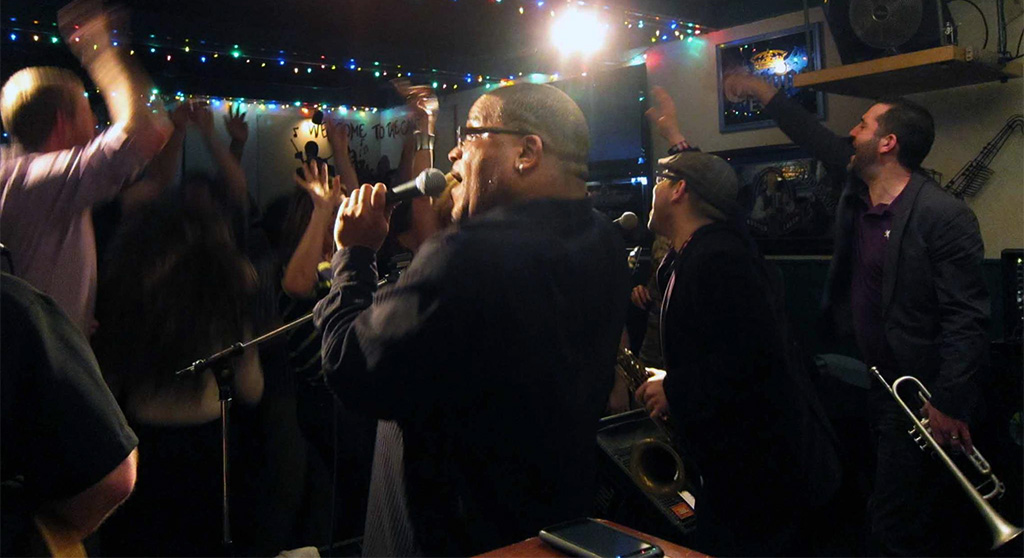 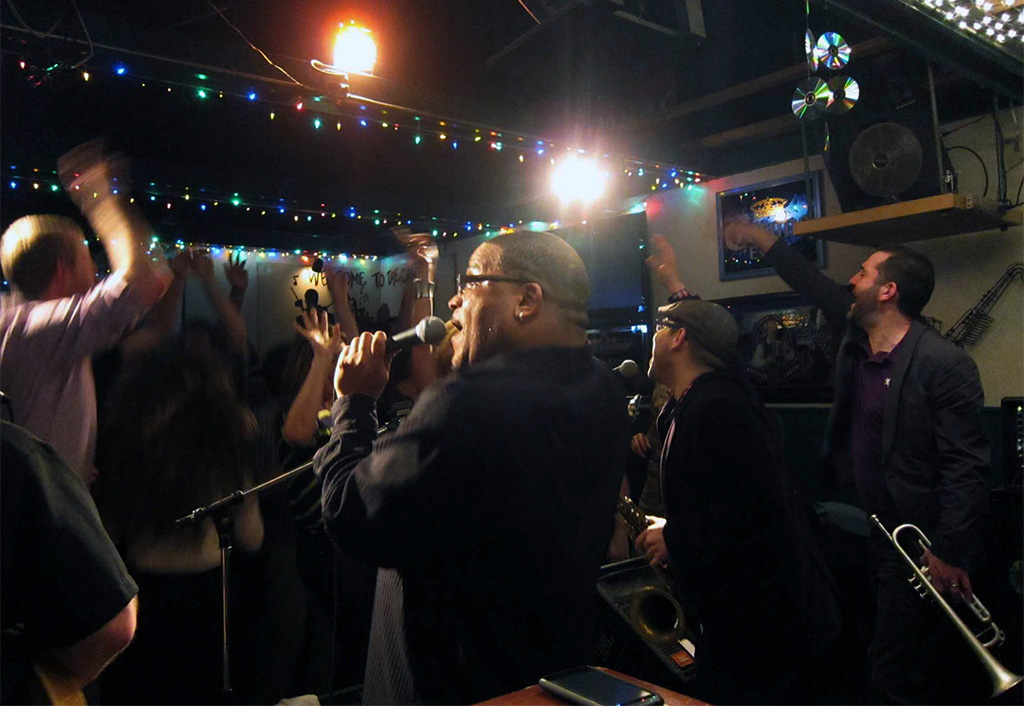 The Cantab Lounge will reopen either the week before or after Thanksgiving, returning the Central Square mainstay to public life after being closed some 20 months, manager Michael Cronin said Friday. He expects to have a date set next week.

When the Cantab reopens, it will pick up where it left off – with the Chicken Slacks performing every Thursday as it did for around 15 years before the coronavirus pandemic, said Cronin and Joe Viglione, a publicist with the Cantab and its music-booking venue, Club Bohemia.

When the Cantab appeared dead, the band said it was looking at a new home at The Porch, a bar on Rivers Edge Drive in Medford. But outdoor performances limited the number of performers to four from the full seven, which saxophonist Jeremy Valadez initially objected to as “not really The Chicken Slacks.”

The full seven-piece band, specializing in revue-style soul and funk, will be on stage at the Cantab, part of its appeal to townies and hipsters alike. The bar famously attracts among the most diverse crowds in Greater Boston. Publicist Joe Viglione sent out an alert Tuesday that Chicken Slacks would be back before a Cantab crowd Nov. 18, but retracted it Saturday with a new likely date in December. “They are upgrading everything and found more to do,” he said of renovations by Cronin and new owner Tim Dibble. 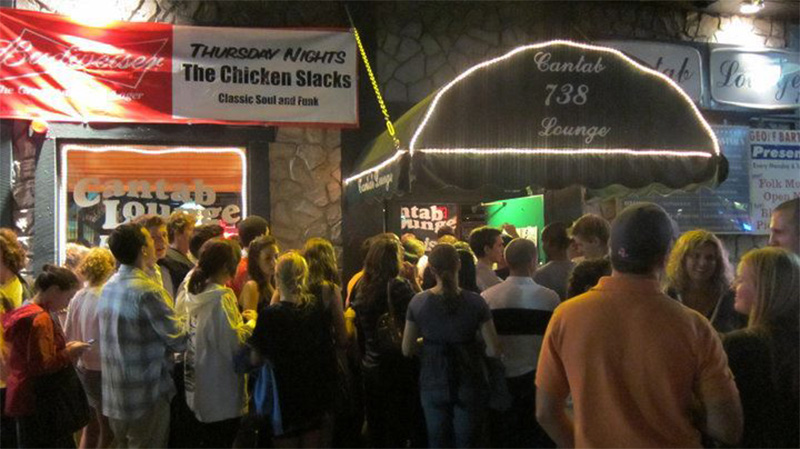 A Cantab Lounge crowd on a Thursday in May 2012. (Photo: The Chicken Slacks via Facebook)

Cronin said the inside will be familiar but refreshed, with a new floor and paint job but fully updated restrooms. “You’ll walk in and it’s going to be the Cantab that you remember. But you’re going to notice all these little, subtle things – some of them not so subtle, like a nice granite bar top,” he said.

The outside will also soon be touched up, with new awnings and fresh paint on the window frames, but the idea was to simply bring the decades-old place back to life after its sale last year by previous owner Richard “Fitzy” Fitzgerald. The bar first opened in 1938, Viglione said.

Looking for the Boston Poetry Slam

The basement space will again be rentable for private parties, and if Cronin can find Simone Beaubien or others running the Boston Poetry Slam, he said he wants the Slam back too. Until the Cantab’s closing for safety reasons during the pandemic, the typically standing-room-only event had been held at the Cantab since October 1992.

“We’re super excited we got most [things] coming back,” Cronin said. “I’m still looking for that Boston Poetry Slam contact.”

There are couple of things “up in the air” that will decide the relaunch date, Cronin said, but he expects to start with a soft opening for friends and family and some events for charities associated with Dibble and his wife, Maureen. (Tim Dibble, a partner in a private equity firm who once lived in Cambridge, has worked with Big Brothers Big Sisters of Eastern Massachusetts since 1984; Maureen Dibble chairs the advisory board of Harlem Lacrosse-Boston.)

Then the club will open to the public.

“I had things lined up with the Chickens Slacks coming back on Thursday nights. I mean, that was gonna be my first act,” Cronin said.

But it’s the Chicken Slacks likely to most excite locals as a sign of a return to normalcy and good times. As writer Jessica Weaver described in an August 2020 article after talking with the band’s sometime featured singer, David Jiles Jr.:

That vibe was especially bubbling during the Chicken Slacks’ reign. “What’s magical about soul and funk music – it has this bringing-together capacity, it feels like home,” said Jiles Jr. Blaring horns and wild riffs, the band would play well into the early hours of Friday, sweat pouring down the members’ faces as the audience jived furiously before them. In the early 2000s, band founders Justin Berthiaume (who, years ago, moved to San Francisco and into Jerry Garcia’s old apartment) and a guitarist known only as Slim wanted to start a Motown classic funk band to “keep the music alive,” as Valadez put it …

“When you’re in the Chicken Slacks,” Jiles Jr. mused, “you realize you have had some hand in this magic. You’re contributing to that.” For the singer, a particularly special moment came when he was able to fly his parents, who hadn’t seen him perform in a decade, from Chicago to Boston to see him play. “They sat at one of the tables and immediately were greeted by people welcoming them,” Jiles Jr. recalled. “My dad was able to talk about how ’He’s my son.’ It was hard to put in words in the seat of a place like Cambridge. My dad grew up in rural Mississippi, the son of a sharecropper. He wasn’t able to go to high school. There’s something about that experience, a few miles away from a place like Harvard in Cambridge, Massachusetts. It was nice to have my parents, who had never been to this place … have a sense of feeling like they belonged.”