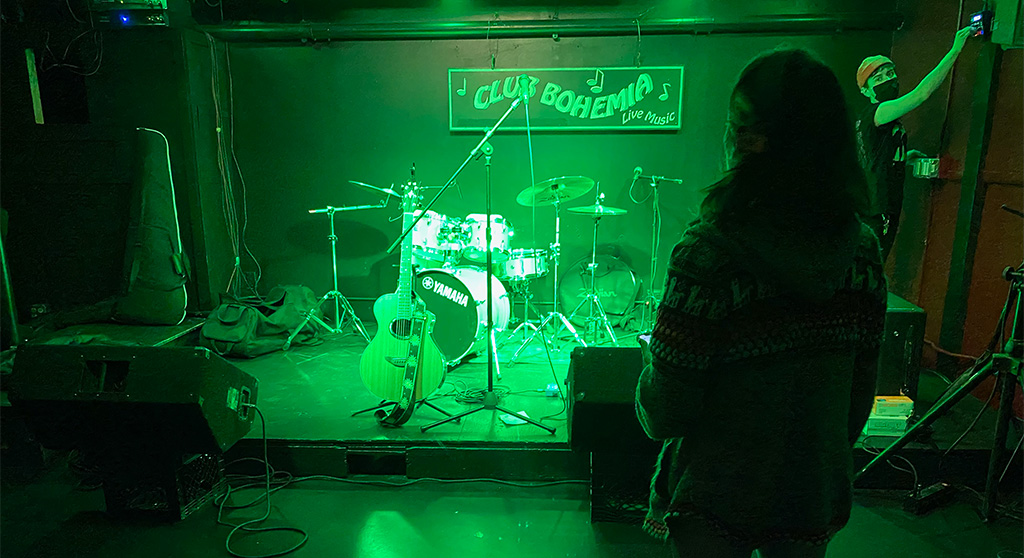 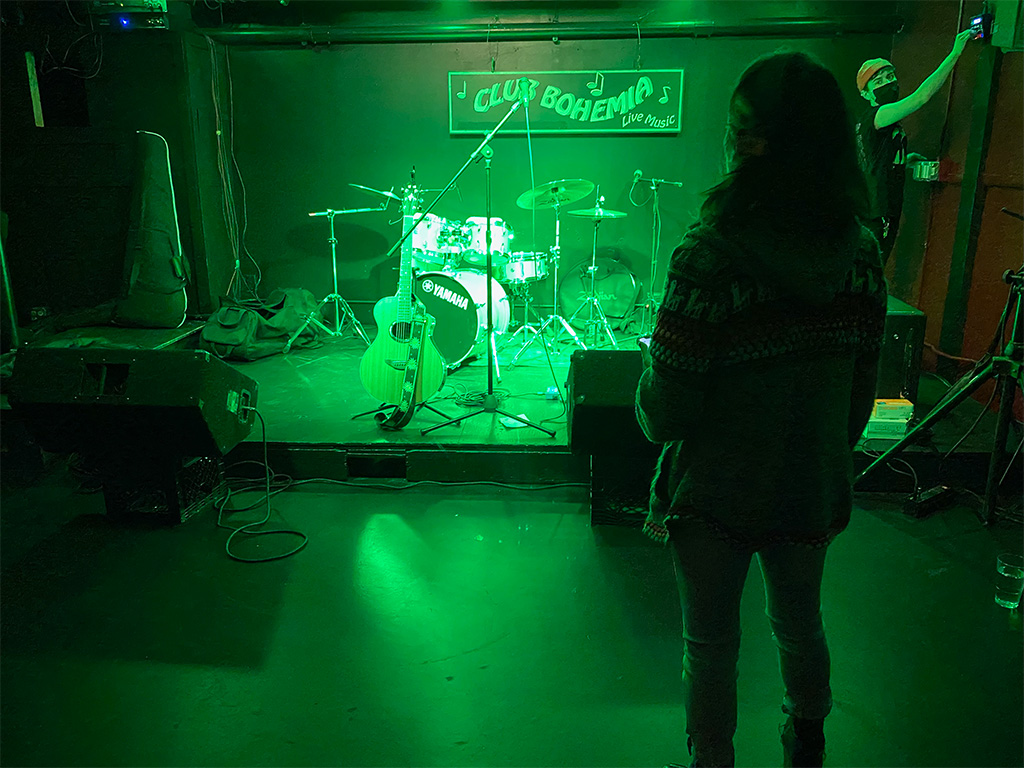 Miilo prepares to play Saturday at Club Bohemia downstairs at The Cantab Lounge in Central Square, where the Boston Poetry Slam is expected back on Wednesdays. (Photo: Marc Levy)

The Boston Poetry Slam is aiming to return Jan. 19 to Central Square, its new curator confirmed this week.

“We are hoping,” Cassandra de Alba said Tuesday. “There are a couple of moving parts, obviously – like we’re still in a pandemic. We don’t really know exactly what’s going to be happening with that in a month.”

The slam has been held at The Cantab Lounge since Oct. 16, 1992, but shut down for the pandemic in March 2020 with other indoor entertainment. The Cantab’s reopening this week means the slam’s space downstairs in Club Bohemia becomes available again too, managers said, and Wednesdays are being held for the popular series.

Longtime slam curator Simone Beaubien said in July 2020 that the pandemic made the future of the sidelined slam unpredictable; in October, as the Cantab neared reopening, she told bookers she wouldn’t be returning – but would look for someone else who wanted to run the show.

That person is poet de Alba, author of three chapbooks between 2016 and 2020, an instructor at the Redbud Writing Project in North Carolina and a poetry reader for Underblong of Boston and Chicago. She’s been coming to the slams since 2007 and helping book for the past few years, she said. Now she is working with other poets on what comes next. 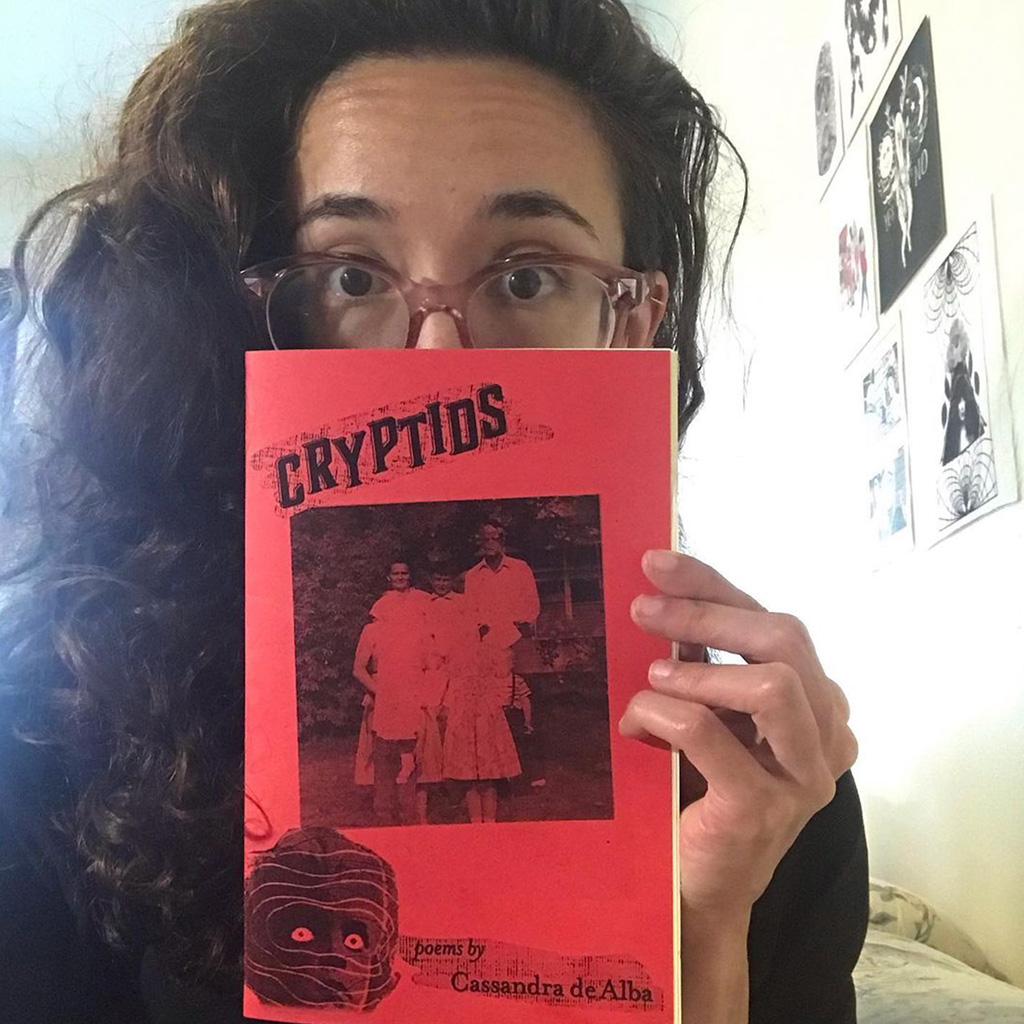 A Slam Free Or Die weekly event has restarted at Stark Brewing in Manchester, New Hampshire, to crowds happy to be back with their community, de Alba noted. She hopes she can accomplish the same in Central Square. “We’re really hoping we get that energy back,” she said. “I’m really trying to create a welcome-back kind of environment.”

An announcement on the slam’s website or social media is expected next week, possibly including which poets will be featured at the events – likely locals who have already been involved with the show. “We’re hoping to lock some of the details down for at least the two shows in January,” de Alba said.

There isn’t matching good news from The Lizard Lounge, the downstairs club at the Cambridge Common restaurant between Harvard and Porter squares that has hosted the Sunday night Poetry Jam since 1997. Though the restaurant has been serving throughout the pandemic on its converted parking lot and there is now even some indoor dining, the lounge is nowhere close to opening, manager Nicholas Brennick said Wednesday.

The Poetry Jam stands apart from the Cantab-based slam in that it’s run by Jeff Robinson, whose Jeff Robinson Trio improvises moody jazz behind the words of each night’s featured poet. Beaubien, who was a semi-regular at the Jam starting in 1998 or 1999, has said she enjoyed its “musicality and the rhythm and the late Sunday night, red-lit, heavy smoking venue of that time.”

Reached by phone Monday, Robinson said it would be nice if the two slams could work together.

“When The Lizard Lounge resurfaces, I will reach out to the Cantab to collaborate,” Robinson said.