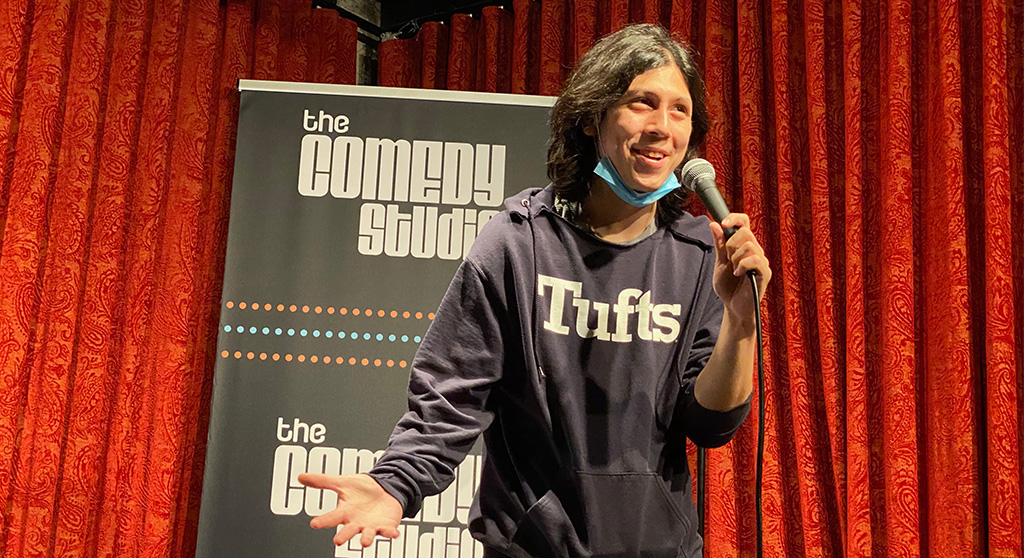 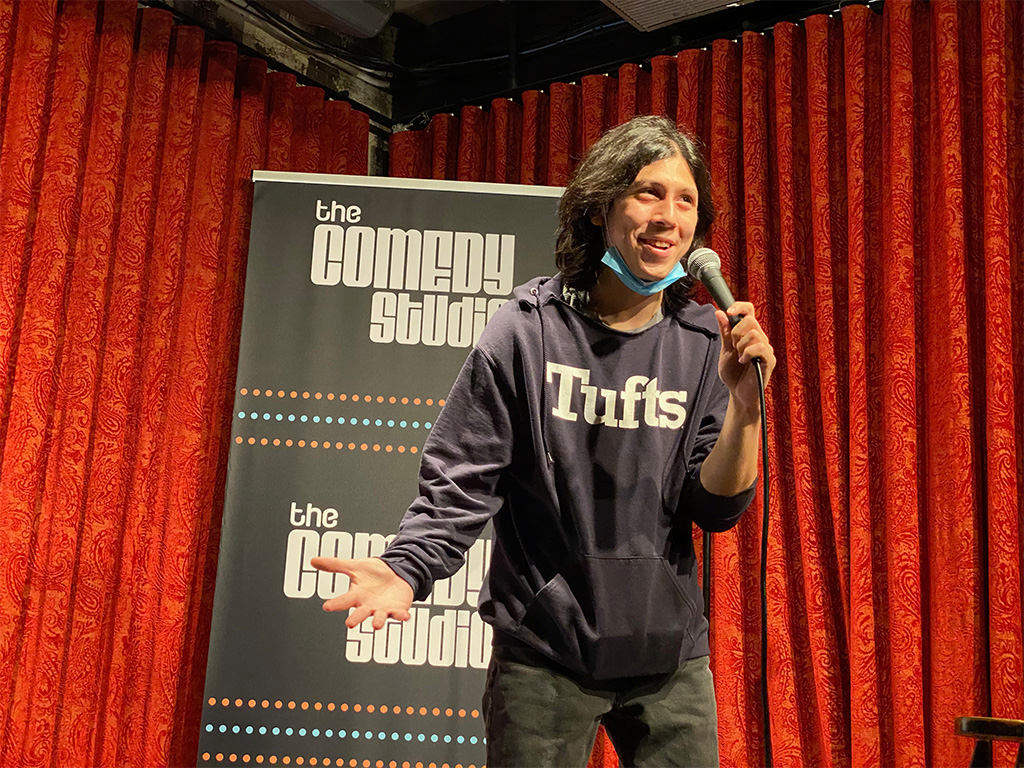 The Comedy Studio has relocated from Bow Market to Vera’s restaurant and bar within Somerville’s Union Square, where leaders say they plan to be for the next year while they negotiate a bigger space in the Cambridge-Somerville area. The permanent home will be announced within a month or two, after lawyers have looked through the details of a lease, owner Rick Jenkins and director of operations Kathe Farris said Thursday.

But until that expected move in the late summer or early fall of 2022, the studio is in residency at Vera’s, 70 Union Square – the former Brass Union – with shows every Thursday, Friday and Saturday, occasional showcases at The Rockwell in Somerville’s Davis Square and classes in stand-up taught by Jenkins and Farris.

There are two shows nightly on the weekends, each with a half-dozen seasoned stand-ups such as Phoebe Angle and Tony Moschetto; Thursday has one scheduled lineup and ends with an open mic in which host Gary Petersen gets nearly 40 comics onstage in an order pulled from a hat.

With only two to three minutes allotted, the open mic focuses even the least experienced comics, and there were several gems on a recent night that included everything from Maggie Valley’s business school-inspired insights (“If you invest in REITs, you are a slumlord”) to stoner comedy, reflections on having a micropenis and what it’s like to drive for DoorDash. The open mic is peppered with more experienced comics trying out material. “I don’t find millennials to be too sensitive,” said one pro, Rob Crean, in a brief set after hosting the previous show. “They’re perfectly capable of hurting my feelings.” 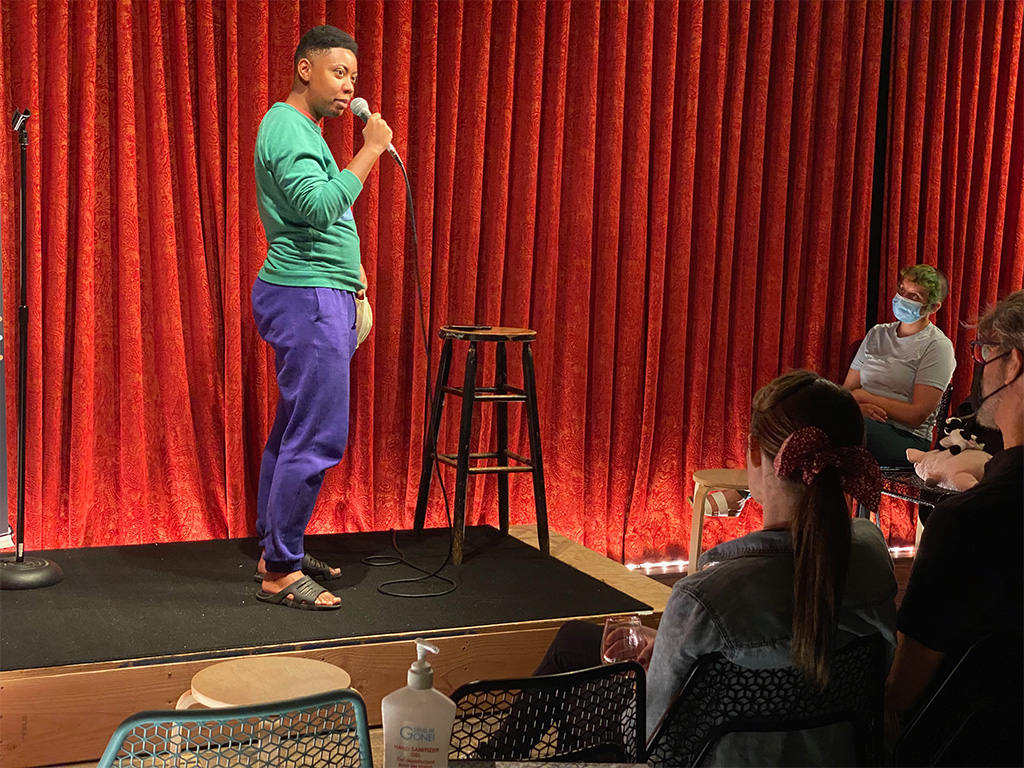 The speed speaks to how the coronavirus lockdown shaped comedy – not necessarily for the comics themselves, some of whom Jenkins said “really improved” by getting more time to write while others “just got rusty” – but for audiences. People’s attention spans got shorter, said Farris, a stand-up for nearly a decade. Shows that a few years ago would run for two hours are now capped at an hour and 20 minutes. (Though, Jenkins said, “it was pointed out to me that I’m the only person on the planet who likes two hours of stand-up comedy.”)

In its more than 20 years, The Comedy Studio has launched the careers of stars such as Gary Gulman, Sam Jay, Jen Kirkman, Eugene Mirman, Baratunde Thurston and Emma Willmann and been visited by everyone from Ali Wong and Mike Birbiglia to Anthony Jeselnik and Sarah Silverman. After spending those decades atop Harvard Square’s Hong Kong Restaurant, rent hikes in 2017 forced Jenkins to relocate. Bow Market managers Zachary Baum and Matthew Boyes-Watson stepped in and Jenkins, with some friendly investors, built a new Studio fronted by a Variety cocktail bar in Union Square, opening on Sept. 20, 2018.

Jenkins hoped the Bow Market retail complex of small shops and eateries around a courtyard would become a permanent home; his team never imagined that they would have less than a year and a half of operations before a pandemic arrived. And Bow Market and Jenkins had different ideas about how to emerge from the pandemic. 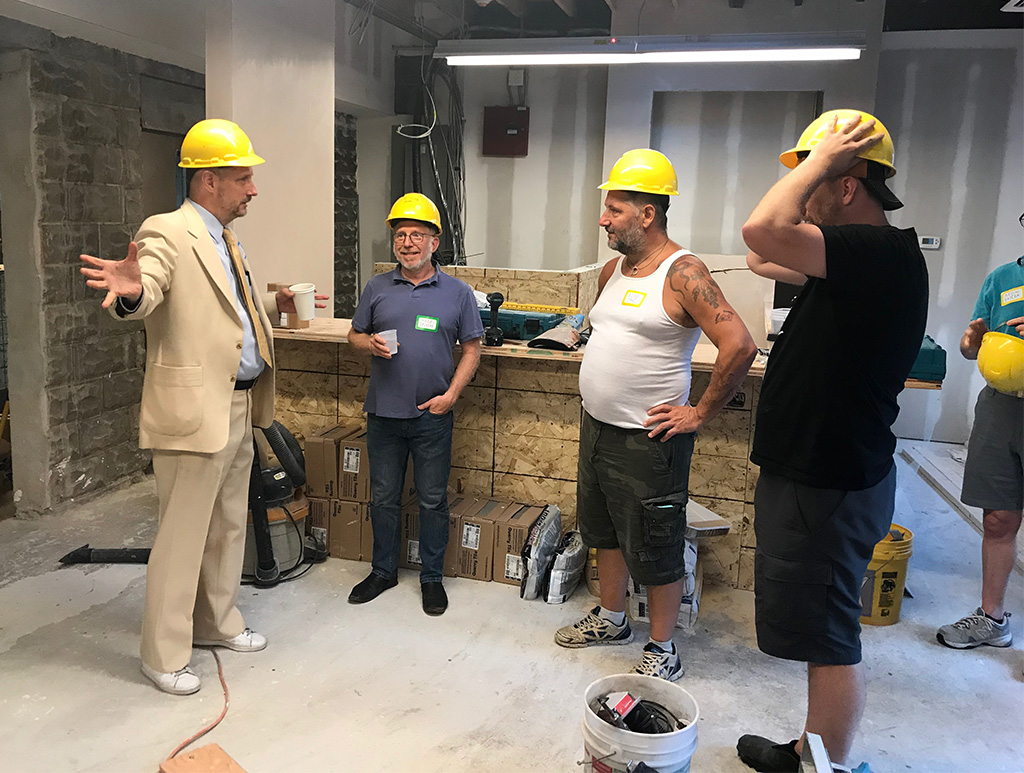 “We weren’t able to do shows, but they were able to open up the bar. And we didn’t know when that was going to end and what was going to change. So we started looking around,” Jenkins said. “With so much uncertainty, we put together a list of what we would want in a comedy club. And Vera’s was the first place we saw, and it checked every box.”

With Bow Market not allowing shows in The Comedy Studio space, the Comedy Studio began a residency at Vera’s – where it had previously done some pop-up shows – that were quickly selling out. Vera’s was looking for something for its back room, and “the minute restrictions lifted” in May, the Studio jumped in, Farris said. “It just worked. The vibe is great.” The Bow space had room for 100 people in the audience; Vera’s began with 42 seats and Jenkins and Farris raised it to 64. The next space they are looking at has more seats than Bow.

Bow Market is running Variety, serving cocktails out of the space now that it’s allowed to have alcohol in its courtyard, but is expected to change the name. The Comedy Studio space is now room for diners, which Jenkins said was part of why Vera’s seemed like an increasingly good idea – Bow management wanted to serve food later, which cut into time the Studio needed. 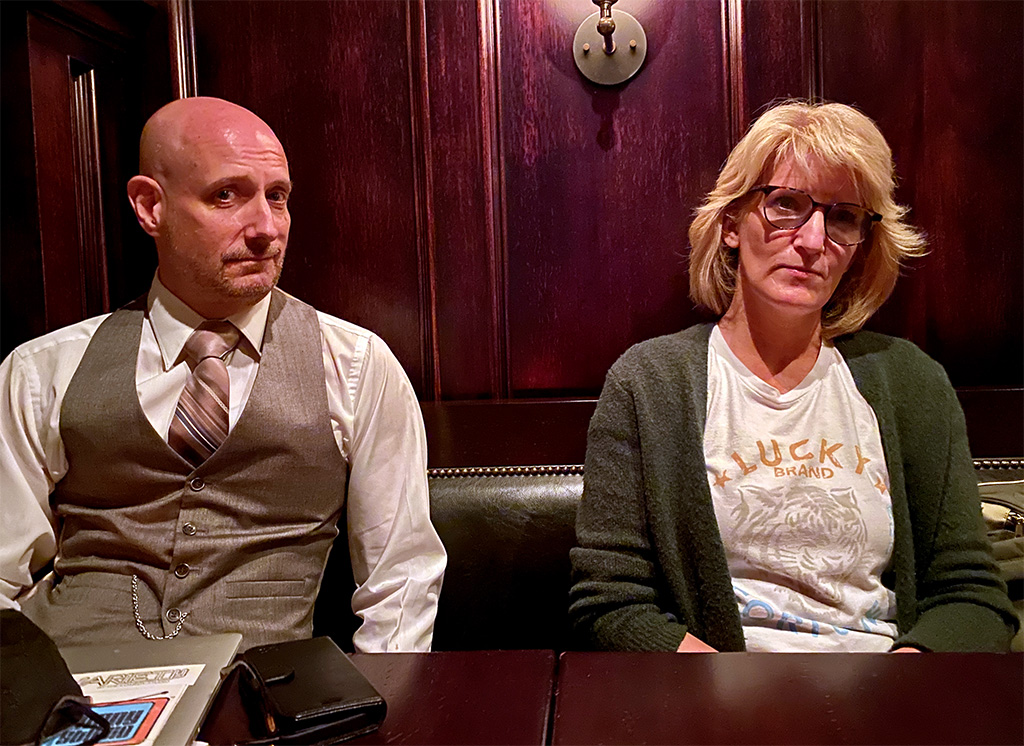 Farris’ role as director of operations is also new, set just as the pandemic arrived. She’d been teaching stand-up at clubs in Boston starting a few years ago, and Jenkins asked her if she wanted to teach at the Studio as well. They came up with a curriculum and implemented it in January 2020. With the pandemic, those classes moved online.

More than 100 comics have been through those online courses, now having graduations of sorts in student showcases at The Rockwell in Somerville’s Davis Square, Jenkins and Farris said.

The director of operations role grew out of that work, though not without “a long conversation,” Jenkins said, since Farris doesn’t plan to give up stand-up.

That works for Jenkins. “Being in the middle of the scene has always been one of our strengths. We know what’s going on,” he said.