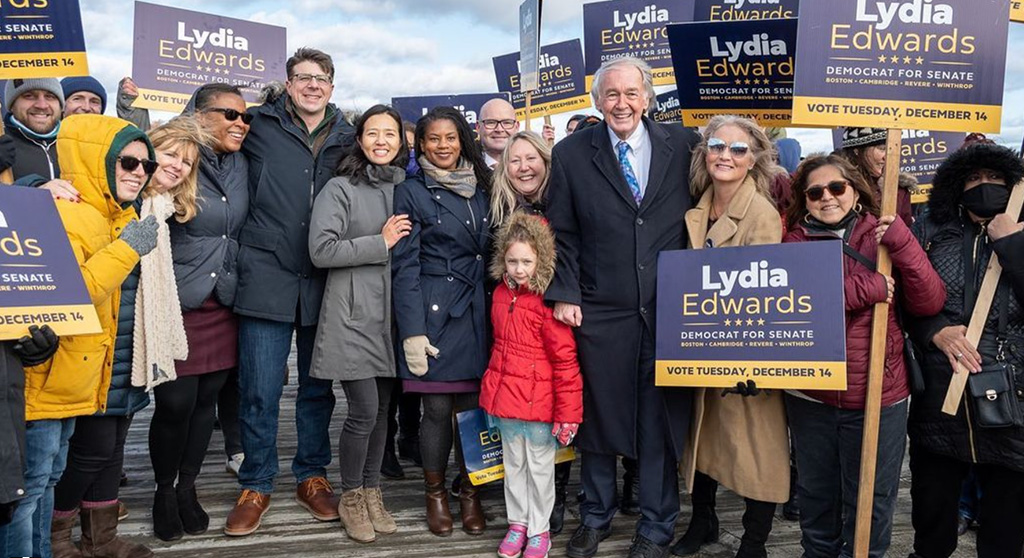 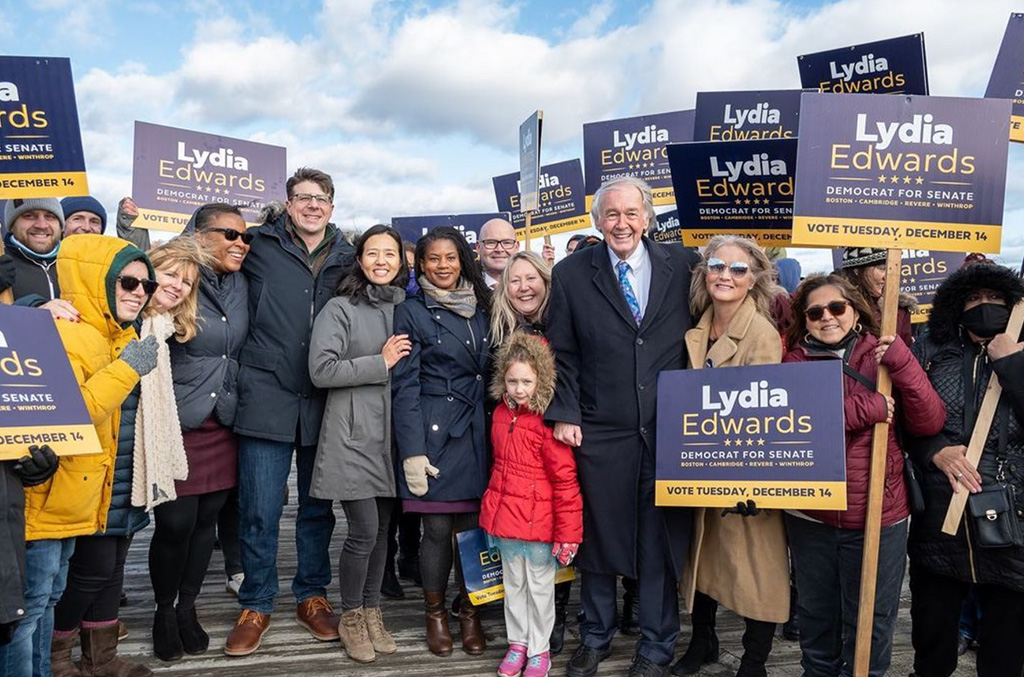 Lydia Edwards, at center in a navy jacket, with supporters and endorsing politicians Nov. 27. (Photo: Lydia Edwards via Instagram)

A special primary election for a state Senate seat Tuesday ended in win for Boston city councilor Lydia Edwards to represent parts of Cambridge, Boston, East Boston and Winthrop as well as Revere.

“I’m just overwhelmed by this,” Edwards told supporters at an East Boston rally, according to a report in The Boston Globe.

Because there are no Republican candidates for a general election, Edwards is expected to take over the First Suffolk and Middlesex Senate District seat, filling a vacancy announced in September as Joseph A. Boncore said he would leave to become chief executive of the Massachusetts Biotechnology Council. A general election is set for Jan. 11.

Her opponent in the Democratic primary, Revere School Committee member Anthony D’Ambrosio, conceded. “Though this is not the result I wanted,” D’Ambrosio posted on social media, he offered “congratulations to our new senator-elect, Lydia Edwards. I am rooting for you and hope you do great things for the district.”

In the Cambridgeport neighborhood Edwards will represent, 1,362 voters of a possible 11,740 cast ballots, for a 12 percent turnout, according to the Election Commission. Democratic voters went for Edwards by 95 percent (1,289 votes) to D’Ambrosio’s 5 percent (63 votes). Edwards took 60 percent of the vote in Tuesday’s special state Senate primary, according to unofficial results.

Barring any shocks at the general election date, Edwards is expected to serve until January 2023.

“I answered the call to public service because of the community that always showed up for me. You may know my work as a city councilor, and that I always show up for the people who need me. In the state Senate, I can build upon the grassroots advocacy that has defined me, and together we can address real systemic change that will lift up families such as mine,” Edwards said last month.