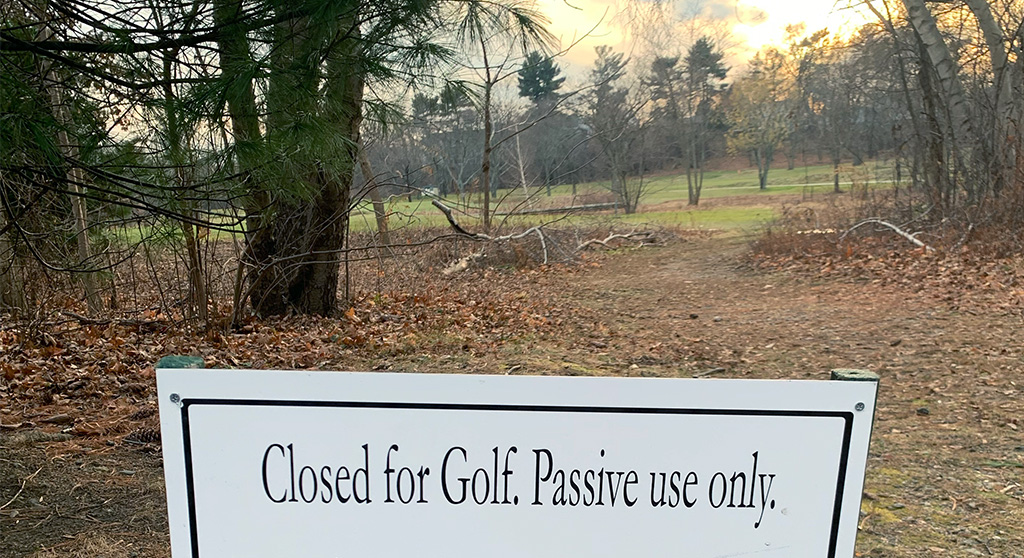 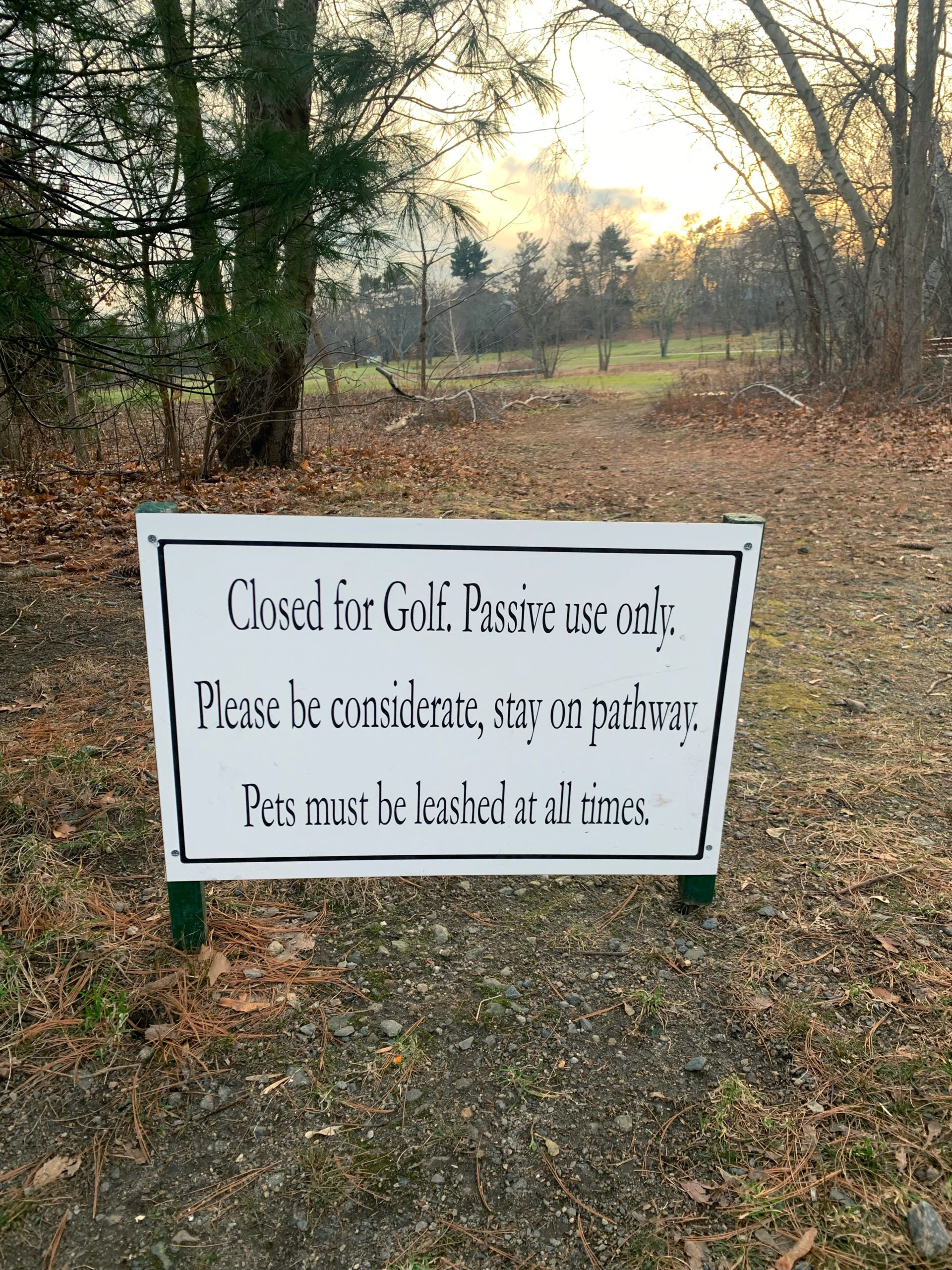 The possibility of losing the Fresh Pond Golf Course inspired more than 30 people to speak in its defense at Monday’s meeting of the City Council, leading to new councillor Paul Toner’s first use of his “charter right” to set the issue aside for one regular meeting.

That often brings speakers back en masse to repeat their remarks the next week, though Patty Nolan, the councillor who wrote the order rousing the golfers, tried to address some of their concerns and forestall what one said ominously would cause a “political firestorm.” The request for information on use of the land was only that, she said.

“There is no plan in place, no secret agenda – certainly no plan to take away all the green or open space or build on all the land. The intent is to do what the policy order states: understand the limits of the land and discuss how to best use this 75 acres, the largest … open park in the city,” Nolan said. “I am among the many glad the city provides a space for affordable golf. My parents were lifelong golfers, and I’ve heard loud and clear that golfers appreciate the course, the camaraderie and the social aspect of meeting a diverse set of people. And I also think we should understand how that land use fits into the city’s current needs.”

Though Nolan took pains to say the order was not a surprise attack – “for many, many years, many residents have wondered about the golf course, who uses it, why is it closed off most of the year, can we use it at other times,” she said – Toner moved to set the matter aside immediately after Nolan finished speaking.

Citing the many emails received on the issue and the night’s testimony, “because we only got this policy order on Thursday to consider,” Toner said, “I’m exercising my charter right.”

Use of the land came up early in the pandemic as ways for resident to exercise and entertain themselves were shut down by Gov. Charlie Baker – including on golf courses that offered vast acreage for socially distancing. Nolan called May 11, 2020, for the course to be announced as open for recreational walkers, which the city did two days later. But golfers returned May 21, which officially closed its gates again to walkers.

The nine-hole Thomas P. O’Neill Jr. Golf Course, also known as the Fresh Pond Golf Course, at 691 Huron Ave., Strawberry Hill in West Cambridge, was built in the early 1930s as a relief project for the city’s unemployed. It remains a people’s park of sorts: Residents pay as little as $24 to play nine holes on a weekday or $30 on a weekend; 18 holes are $35 to $43. Prices are even lower in the offseason. Robert Carey, the city’s director of golf operations, said in June that golfers played 44,000 rounds in 2019, and that 4,000 people played at least 10 rounds each, accounting for 40,000 of those rounds. By one estimate, fewer than 8,000 individuals used the course in 2019; nearly half were nonresidents.

Nolan’s order refers to golf participation declining nationwide, although recent trends show more millennials, women, and girls participating, and that six-hole and par-three courses are “increasingly popular in urban settings and may provide an opportunity to increase usage and still provide a golfing experience.”

Golfers commenting Monday rejected the idea of shrinking the course, which would make it unusable for golf tournaments played by the high school’s currently 46-student golf team and less useful for their practices. “It’s already on the small side. Shrinking it any further would really make it effectively no longer a golf course,” said Jason Furman, who told councillors he brings his 6-year-old, 13-year-old and 14-year-old kids to the “magical oasis in the middle of Cambridge.”

Several of the speakers talked about the course’s ability to tear down social barriers and bring Cantabrigians of all ages, races and classes together, though in general the simple course with no clubhouse is for “average, ordinary people,” in the words of resident Eve Carr. Two speakers made it a point to explain to the virtual meeting that they were black – Jeita Deng and Gina LaRoche. “As a black woman, I have felt incredibly welcomed and cared for at Fresh Pond. And I’ve met more people on the golf course than in any other activity that I have engaged with in the city,” said LaRoche, estimating that she plays 35 times a year.

LaRoche and Furman were two speakers who shared the experience of stumbling on the course after living in the city for years, while others spoke of playing there for decades – since they were themselves children in Cambridge.

Speakers were concerned by a move to “seize” the land that would pit neighbor against neighbor through a “fishing expedition to destroy the golf club,” and felt the order was “disingenuous” in seeking information to justify a predetermined conclusion. Many suggested that Nolan’s order should look at every open space in the city for potential reuse, rather than just the golf course.

Still, nine residents spoke in favor of the order and getting an understanding of who used the course and how.

“Once we have this information. I’d like there to be an inclusive and participatory community discussion on whether the golf course land could be used for other community uses, including ideas that would improve climate resiliency, a carbon-capturing urban forest, community gardens, affordable social housing or any other community ideas,” said Lee Farris, speaking for the Cambridge Residents Alliance. “I’m really glad to hear that there are many people who enjoy enjoy golfing at Fresh Pond. However, only by getting the information that’s requested will our city be able to discuss if there might be other uses that are beneficial to even more people.”

If golf is indeed the best use, Farris said, “I’m sure that golfers will persuade other Cambridge residents and city councillors of that.”