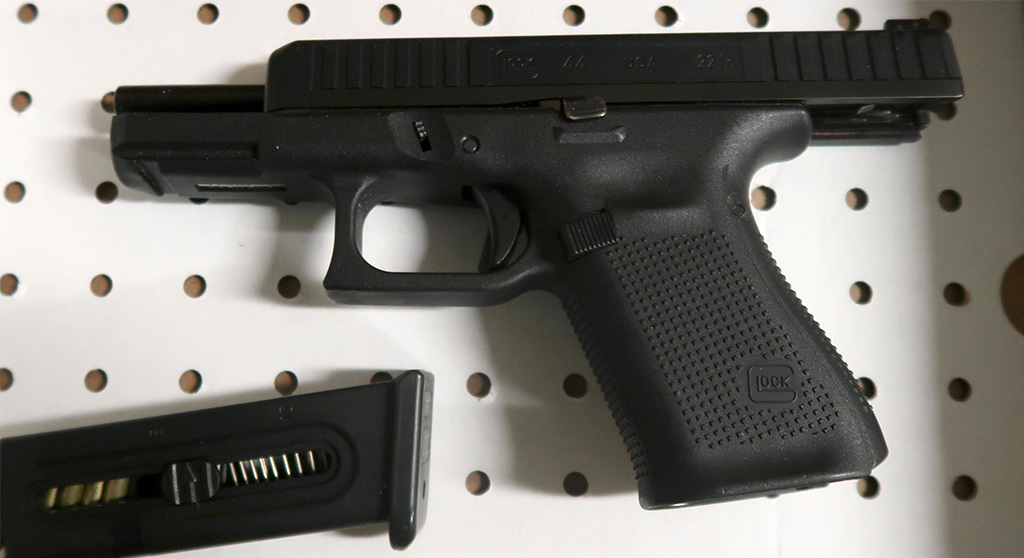 Police said they recovered this illegal gun after a home invasion on Saturday. (Photo: Cambridge Police Department via Twitter)

A 19-year-old Cambridge man is in custody and was expected to be arraigned Monday in Cambridge District Court to face charges in a Saturday morning home invasion, police said Monday.

Ahmed Farsab broke into a Prospect Street home through a window on Saturday and threatened the resident with a gun in hopes of collecting a debt, police said. The resident was able to escape and call the police from a phone at a nearby business.

Officers arrived quickly and got a description of the suspect – then saw Farsab driving and stopped him at Cambridge and Elm streets, Inman Square, said Jeremy Warnick, director of communications and media relations for Cambridge police. While searching Farsab, officers found a loaded, illegal gun as well as cash, multiple phones, bags of pills and marijuana and several stolen identities.

Farsab was taken into custody and his car towed from the scene for further investigation. After a search warrant was granted for the vehicle, police found more cellphones, zip-close bags and plastic packaging materials, digital scales, methamphetamine and other narcotics, as well as property from the victim’s home, police said. All told, there were 260 tablets of suspected methamphetamine and other drugs.