‘The Batman’: The Dark Knight gets darker 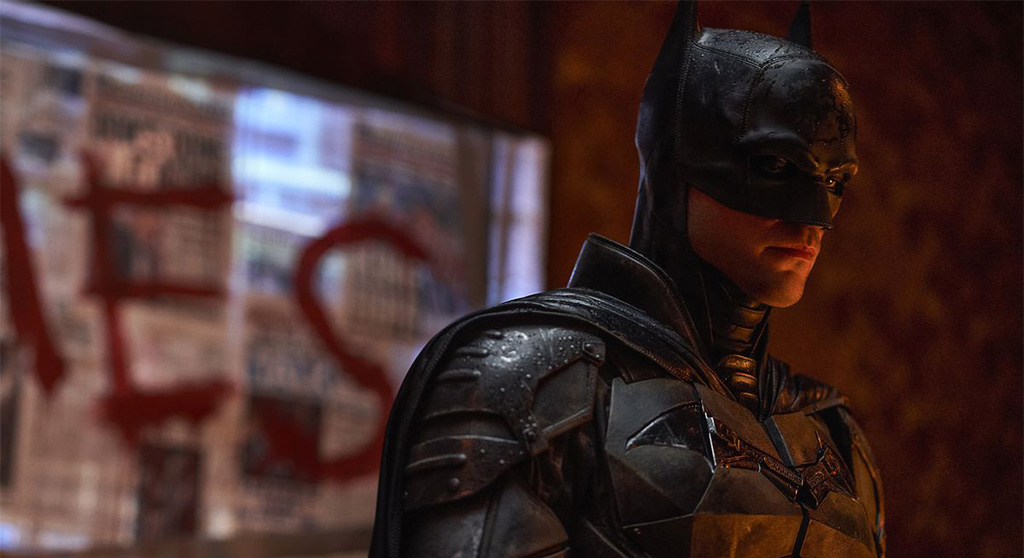 ‘The Batman’: The Dark Knight gets darker

“The Batman” is a dark, deeply emotional affair that’s got a lot going for it and a lot going on – perhaps too much. (It’s almost three hours long.) We could also call it version 3.5 of the cinematic dark knight, with the Tim Burton and Joel Schumacher films in the 1990s and Christopher Nolan trilogy being 1.0 and 2.0 and Ben Affleck’s donning of the cowl in the “Justice League” films the 0.5 splitter. It may be 4.5 if we take into account the spoofy, goofy BAM! POW! fun of the Adam West television series.

What drives this reboot is a succession of grim murders of municipal higher-ups, beginning with the mayor and working its way over to the heads of the police and district attorney’s offices. Personally, if I was orchestrating such sinister deeds I would have saved the top cat (the mayor) for last – it just feels more operatic. The thing that links the macabre deaths are the signatures left at each crime scene: a riddle punctuated with a giant question mark, an encrypted cipher, a card addressed to “The Batman” and some spray painted (or blood painted) messaging about a web of lies or some such thing.

Given that Paul Dano plays The Riddler, you can probably guess who’s behind the acts that play out in sadistic fashion like a sin-atoned-for in David Fincher’s “Se7en” (1995) or a Jigsaw trap from one of the “Saw” films. The Riddler here just may be darker and more demonic than the spins on Joker performed by Heath Ledger and Joaquin Phoenix: One clue leads to a thumb drive with a severed thumb attached to it, so those recovering it can unlock it via thumbprint, and it clearly takes a lot of work to be that twisted. But wait, this film’s about the bat, right? Well yes, and you get plenty of Robert Pattinson in the beefy Kevlar suit, which turns out to be a bit of a double-edged sword. We get to embed with him more, but the tease of enigma that has been the traditional draw dissipates. Director-writer Matt Reeves (“Let Me In,” “Cloverfield”), co-writer Peter Craig and Pattinson paint their Batman/Bruce Wayne as a deeply tortured soul, a monomaniacal tool of vengeance with no trace of mirth or joy and no bifurcation of personalities; what we drink in is all dour, sullen anger, underscored by the incarnation’s theme song, Nirvana’s broodingly depressive “Something in the Way.”

What carries the film are the sly intricacies of The Riddler’s misdeeds, the mysterious intent behind them and the stunning set designs that range from the crowded, rain-slicked streets of Gotham to the gaping Batcave and an Edward Hopper-styled diner lit in green neon. The cumulative effect is a strange, wonderful fusion of Walter Hill’s “Streets of Fire” (1984) and Ridley Scott’s future noir, “Blade Runner” (1982). The other aspect of “The Batman” that largely works is that our bat here is something of a master sleuth, a tech-age Sherlock Holmes, if you will. It’s a little off-putting to see him sniffing around a live crime scene CSI style, but part of the joy comes in looking beyond the obvious, going one level deeper and admiring the acumen of our hero. Caught up in the mix too is the updated version of Catwoman (Zoë Kravitz), though she simply goes by her birth name of Selina and works in a nightclub owned by Oswald Cobblepot, aka The Penguin, played beguilingly by Colin Farrell under gobs of makeup. He’s something of a brotherly incarnation of Robert De Niro’s portly Jake LaMotta in “Raging Bull” (1980).

The rest of the impressive supporting cast includes a perfectly coiffed Andy Serkis as a dutiful Alfred who’s killer at decoding ciphers, John Turturro as the local crime boss all trails seem to lead to, Peter Sarsgaard as the sleazy DA and Jeffrey Wright, channeling his cagey investigative reporter from “The French Dispatch” (2021) as Lt. Gordon, the guy who fires up the bat signal and may be the only clean cop on the force. The new take on the Batmobile is something of a throwback to the muscle cars of the 1970s; it’s like someone bat-tatted a classic Dodge Charger and strapped on a jet engine turbo boost like one of those nitro-infused junkers in “The Road Warrior” (1981).

Pattinson and Kravitz look fetching together, and given their raw charisma you’d think the two would click together like Legos (there is that “Lego Batman Movie”), but the romantic undercurrent between them feels postured and unearned. Then again, this is a brooding, relentless lad who takes his mission as a higher cause – “I am vengeance” gets tossed around a lot. Batman’s most genuine connections are those with Gordon, who for reasons not on screen trusts him emphatically, and his lifelong loyal butler and caregiver Alfred, though that ultimately gets challenged as “the veil is pulled back and the lie’s exposed.” I grew up near Connecticut cities where corruption scandals were an annual “wait for it” event that didn’t disappoint, and of course we had infamous mayor Buddy Cianci just down the way in Providence. Gotham’s not much different: dirty cops with drug money washing political hands. What it does have is that dashing millionaire orphan who likes to dress up, break out the bat toys and take out the trash.