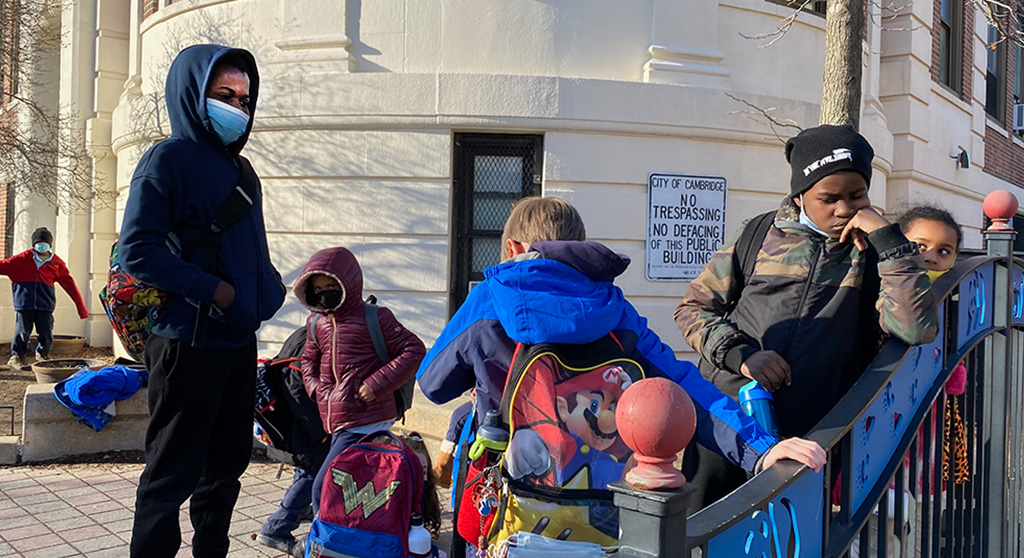 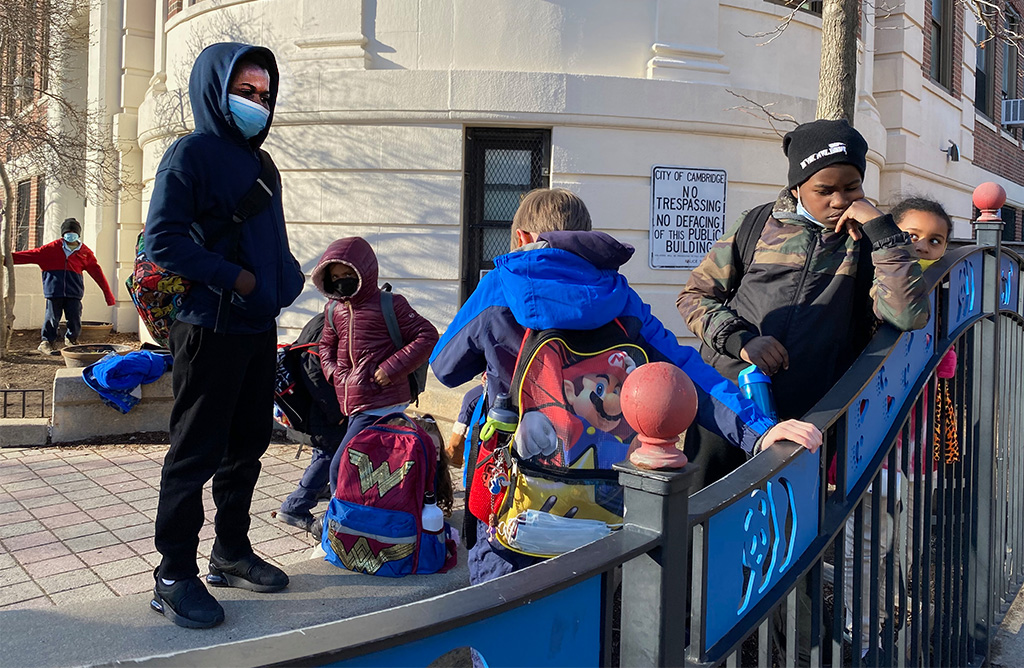 Will Cambridge kids be allowed to enter their public school maskless March 14, the same day their parents can go unmasked into a business? The decision will be made by superintendent Victoria Greer.

“Dr. Greer continues to review data and federal and state guidance. A final decision has not been made,” said Sujata Wycoff, director of communications for the district.

Based on guidance from the Covid-19 Safety, Health and Facilities Group of experts, Greer proposed the lifting of Cambridge Public Schools’ mandatory mask requirement at Tuesday’s meeting of the School Committee. The committee “may choose to vote on the proposal Dr. Greer put forth, but they are not required to,” Wycoff said.

And the committee did not. There were two hours of discussion Tuesday in which even its members wondered about the process and the mayor said she would be “happy to call us into a special meeting.” But the deliberations led only to sending the idea back to the working group for a meeting that wasn’t open to the public.

The working group also doesn’t decide, though, and members can be as unclear as School Committee members on the decision-making process. “I don’t think what the working group says is any kind of final say,” member Jill Crittenden commented Wednesday. Either way, “there was not a unanimous recommendation.”

The group did recommend that waiting for “at least” two weeks after the February break would give the district enough time to evaluate coronavirus data and decide whether to lift the mandate, Wycoff said.

An update was sent to the CPS community on Wednesday noting that discussions to lift the mandate are underway. The working group met that day, and district administrators met Thursday; no new guidance has been made public.

The mask mandate for municipal buildings continues until March 27, two weeks after retailers and restaurants can let customers in with bare faces, the city manager has decided. City Council members struggled Feb. 28 to reconcile the decision as Covid cases continue to be high.

The next day, School Committee puzzled through whether to align itself with the city’s timeline that would make masks optional for students and staff as of March 14 but follow state guidance that continues to require masks on buses and in nurses’ offices.

Even in communities that have already dropped their mask mandate for adults, such as Somerville, Watertown and Boston, masks are still required in schools. (Arlington has dropped its mask requirement for adults and students.)

Update on March 7, 2022: The Somerville School Committee voted Monday to make masks optional for students and staff in its public schools starting March 14. Masks will remain required in nurses’ offices.

“I’m struck that tonight as with so many other times of this pandemic, we are racing to keep up with new information as we make decisions,” Dr. Lisa Dobberteen, the district’s medical officer, told School Committee members on Tuesday.

The district is free to make its decision independent of the city because it is governed by different rules, mayor and committee chair Sumbul Siddiqui said, noting that the district has “the well-established power to do what’s in the best interest of our students.”

But that didn’t make the decision easier. “I know this is probably one of the hardest topics to talk about for a lot of people, because consensus is all over the place,” Siddiqui said.

One window for the public to understand different points of view closed when the district decided Jan. 18 to stop recording the working group’s weekly meetings “following discussion and reflection surrounding the group’s ability to have candid conversations and dialogue without fear of misrepresentation,” Wycoff wrote in an email on Friday.

Committee members said that they are fielding questions from a public confused about changing district guidelines, with member Fred Fantini noting that families aren’t aware of rules about attending sports events, member Ayesha Wilson asking if vaccination requirements will apply to spring sports and clubs participation, and vice chair Rachel Weinstein noting concerns from families of immune-compromised students about relaxing rules intended to reduce transmission and asking about measures such as vaccine and booster mandates and hospitalization rates.

Vice chair Weinstein said that clarity on which decisions are made by the committee and which by the administration would help the community understand how issues are resolved.

The public may not have been aware that the district was proposed removing the mask mandate, which could mean some perspectives on the decision were missing Tuesday, member David Weinstein said.

Greer countered that the decision-making process has been transparent at the past two committee meetings. Wycoff noted that the district has “heard from members of the CPS community at School Committee meetings as well as via email. We encourage people to continue to share their perspectives.”

Before the February break, the district provided all students with a Covid test to self-administer before returning to school on Monday. Results would be available this week, Greer said, and the district’s Covid dashboard will be updated.

The district began distribution of weekly at-home tests Monday, with 47 percent of families opting in to the program. Efforts to increase participation are underway, Greer said.

“The one thing that we’ve come to know is that Covid is an unpredictable situation,” Greer said. “We want to be able to move and shift as the data tells us.”

This post was updated March 7, 2022, to correct that the Massachusetts Department of Elementary and Secondary Education dropped a bus masking mandate on Feb. 28.