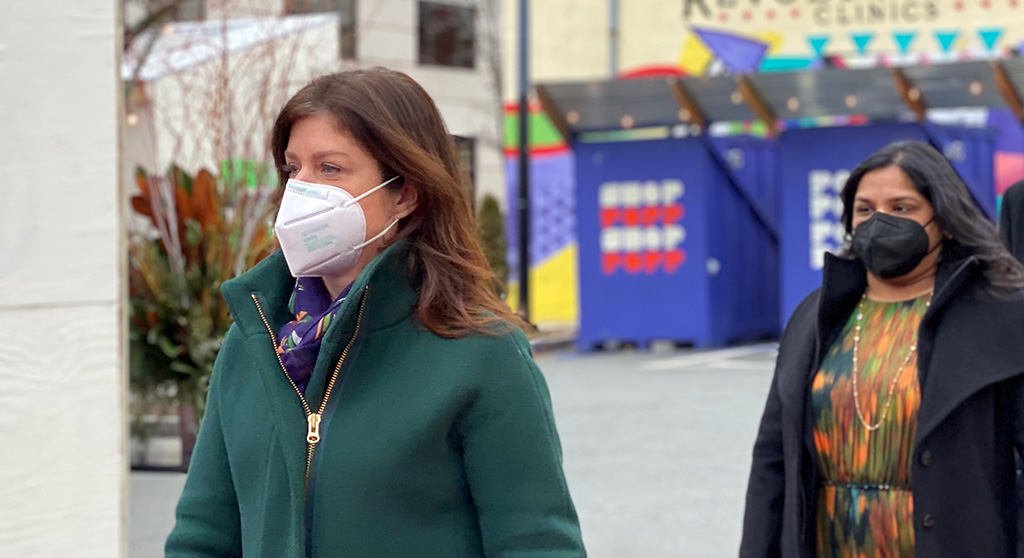 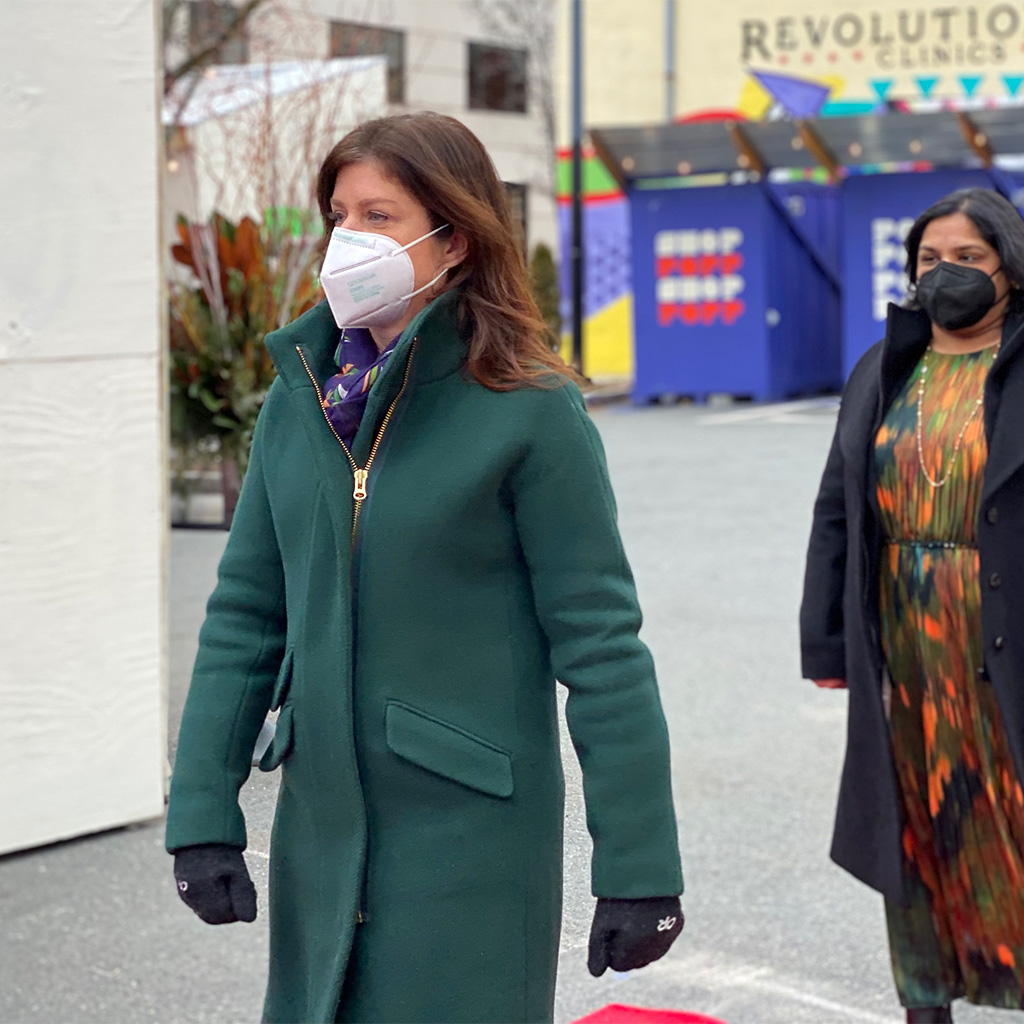 The City Manager’s Office has blown past another deadline for setting a telework policy for municipal employees, this time to deliver a report and recommendations to the City Council at its March 21 meeting.

The latest missed deadline was signaled weeks earlier by the city manager’s indignation about being questioned.

“I don’t appreciate being challenged because we’ve not put in this recommendation,” City Manager Louis A. DePasquale said forcefully at the March 7 meeting of the council.

It was another in a series of outbursts he’s delivered when pushed by the council, such as during the 2020 and 2021 budget processes when called out for dragging his heels on a municipal broadband feasibility study.

The work-from-home policy – which became of intense interest during the Covid pandemic – was due in January from a committee appointed seven months earlier. However, at the January due date, City Manager Louis A. DePasquale deferred to February. And at the February due date, he deferred to March, though telling councillors his team had been working “nonstop,” meeting two days a week on the issue. An employee survey on the topic requested by the council June 28 was held in November and completed in December.

Vice Mayor Alanna Mallon asked at a March 7 meeting for updates on a policy that was about to directly affect many of the the city’s 3,564 workers for whom the emergency remote work option was ending March 11.

“Our employees have been waiting a long time for this policy and deserve to know the timeline, and that there will be no more delays,” Mallon said at the March 7 meeting. “We know that we have lost staff and we have had difficulty attracting top talent because of our lack of a formalized work policy.”

While city director of communications Lee Gianetti said he took “full responsibility” for a delay caused by “trying to do this right,” he said the Covid policy and long-term telework policy were unrelated.

“Do I wish that it could go faster? Of course,” Gianetti said. “We do hear people’s frustrations … we don’t want to set false expectations [and have] been very, very careful about waiting until we have a complete policy.”

DePasquale then said the issue was trying to merge Covid and long-term telework policies that Gianetti had just called “completely different” and “not related.” In addition, there were accountability issues. “There has to be accountability. If people are working from home, I am responsible … when there is an issue that comes up and we find someone isn’t [doing their work],” he said. “Until that is in place. I’m not putting it forward.”

Gianetti and other city public information officers were asked in March 28 emails whether there had been any problems with city staffers falling behind on duties while working at home over the past couple of years – and whether there were accountability standards in place during the many months of telework or when in-person in municipal buildings. No replies came in the ensuing 10 days.

A five-year, full-time city employee who asked not to be identified for fear of retaliation rejected accountability issues being cause for delay: “There were not accountability standards for in-person work either, so there’s nothing to compare. There may be standards of service, but no accountability or measurements taken. I’ve never had a performance review.”

Meanwhile, around 130 empty municipal positions are listed on the city website, many open for more than a year. Mallon pointed out the hiring problem and said what she’d heard from current employees as she laid the groundwork for finding a replacement for DePasquale, who is retiring. “The lack of a remote work policy has come up time and time again amongst our employees as one of their top issues,” Mallon told him.

DePasquale had a peculiarly specific response to Mallon’s general hiring concerns: That he had “not seen any area where we have lost a department head or a high-level position on a recruiting matter over the fact of our Covid flex-time schedule.”

But she said she also wanted a policy in place for current workers that would be “making sure that we are valuing them, we’re hearing them and we are communicating with them about a policy that we said would be ready in January.”

Mallon said she’d been keeping a list of work-from-home policies “from municipalities from across the state – and I stopped writing them down after Brookline, Brockton, Hadley, Lexington, Needham, Southbridge, Lowell, Wakefield, Bedford” as examples of communities outpacing Cambridge began to make the exercise seem pointless. Councillor Patty Nolan added more to the list, and councillor Marc McGovern was similarly befuddled by the holdup.

“Are we reaching out to those cities? What are we doing to move this along?” McGovern said. “This isn’t new stuff, right? People are doing this all over the place. And there are ways to hold people accountable – I assume that’s what we trust the department heads to do, so sometimes you don’t have to dot every I and cross every T.”

Nolan, also expressing impatience, had an even simpler take: “Let’s copy them. Let’s literally take from other entities and do what we can to replicate them here. We’re not that different.”

DePasquale’s outburst came after Mallon pressed him on timelines, though it seemed focused on employee relations. “When it comes to respect of employees, I would put my reputation against anybody’s. I’ve made the employees in this city a priority my whole career. It’s unfair for the vice mayor to make that kind of comment just because we don’t have this in place,” DePasquale said loudly. “The employees don’t need the City Council to come to the rescue here.”

“I want to be respectful to the council. But I think the council should be respectful of me. And I think my reputation of trying to be fair to employees is something that I’ve strived my whole career on, and I don’t appreciate it being challenged,” DePasquale said.

Still, this is not the first time municipal employees have turned to the council for help during DePasquale’s terms as manager. In October 2019, councillor E. Denise Simmons said she’d been contacted by municipal workers who felt trapped in a system with a “woefully inadequate” process for handling grievances. The city’s Information Technology Department was identified as just one source of complaints from women who said they “feel trapped in a toxic environment” where they are not treated as equals with the same rules or chances for advancement.

“They would not be coming to me if a system were in place,” Simmons said of the distressed city workers.

In a Monday email, Mallon said she’d been copied on a number of emails from employees unhappy about “the shocking display of toxic masculinity the city manager displayed on March 7” and to the late response her order drew.

Mallon’s order filed March 7 asked for an update on the telework policy in the next council digest from the City Manager’s Office, then a full report on March 21. It passed 5-3-0-1, with Mallon, Nolan, McGovern, Mayor Sumbul Siddiqui and councillor Quinton Zondervan in favor; councillors Burhan Azeem and Paul Toner opposed; Simmons absent; and Dennis Carlone voting “present.”

The council digest did get an update from Gianetti – on March 21, the day a full report was supposed to be heard. In his update, Gianetti said the Future of Telework committee had “reviewed, read and analyzed the 700 survey responses and corresponding 2,000 comments received from the employees who participated in the telework survey” as well as studied other communities’ policies and written a local draft version, but he listed several more steps in the process.

Despite councillors’ call for a timeline, there were no dates attached to the bullet points of next steps.

The email “not only did not satisfy the intent of the order, it did not provide any clarity to our employees,” Mallon said. “I will be continuing to push for a response to council as the original policy order requested. There are no excuses for not having a policy in place immediately, and the city manager needs to move much more quickly to restore the workplace culture and ensure we can retain and recruit the best and brightest to meet the challenges we face, and find and implement the solutions we need. The future of telework is already here, and it’s time we catch up.”