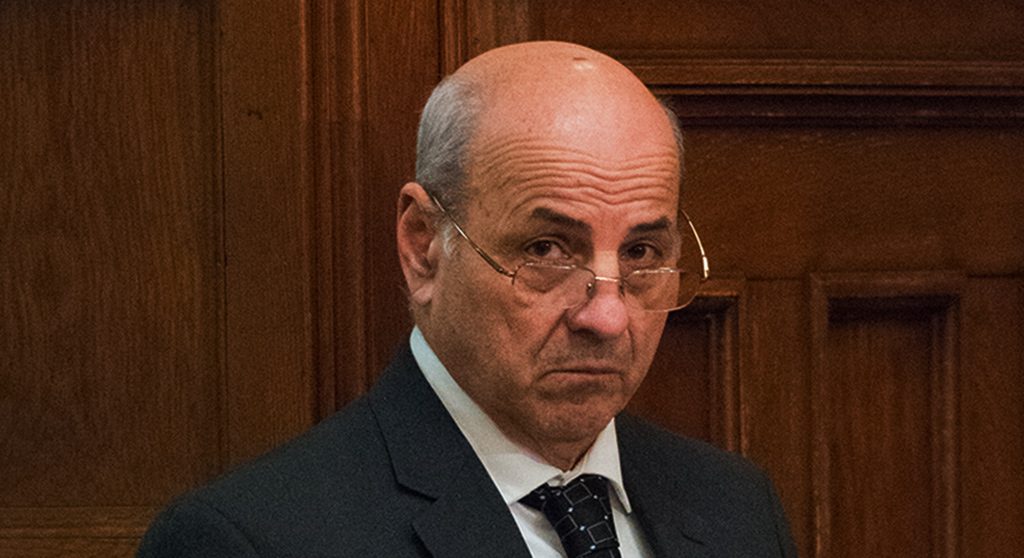 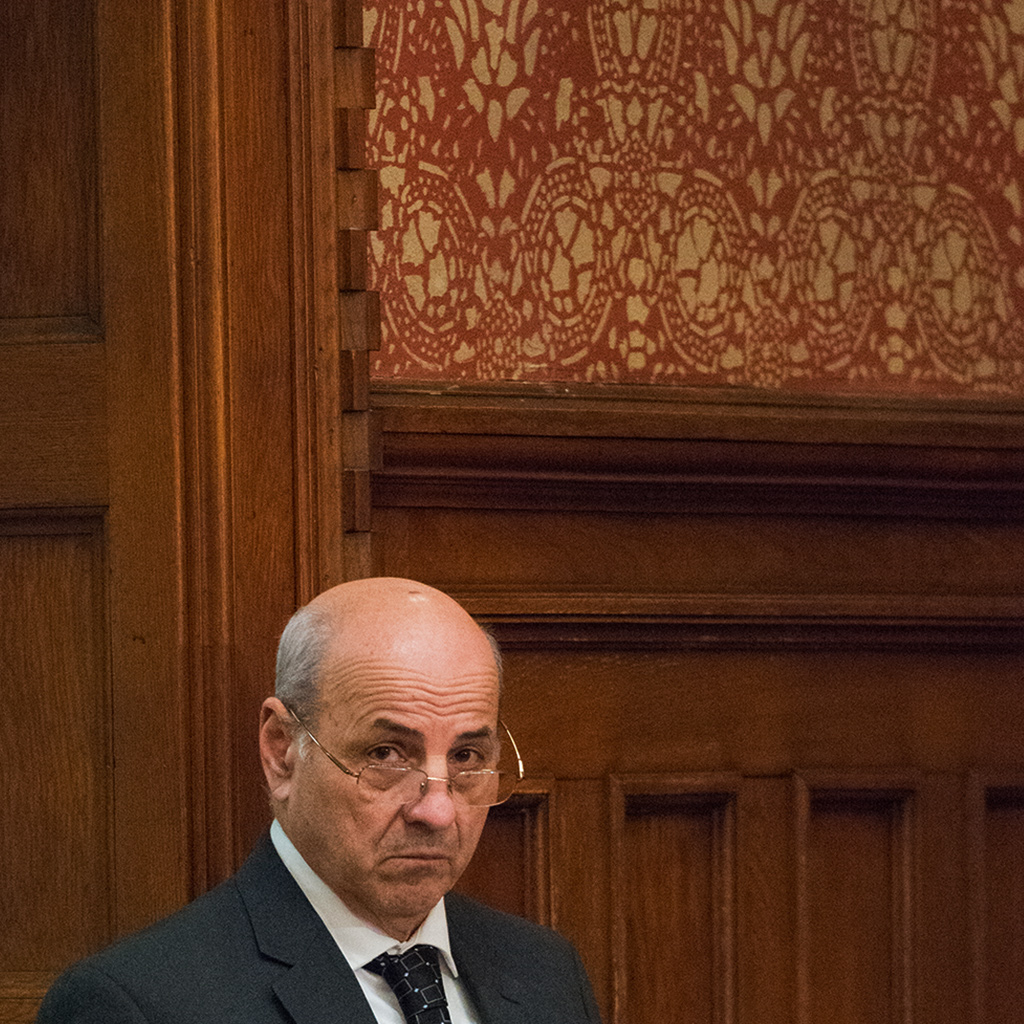 A year ago, six city councillors exasperated by the city manager’s foot-dragging over a municipal broadband feasibility study wielded one of the few tools at their disposal to show it: They voted against a budget for the Information Technology department.

That May rebellion led to what looked like a promise June 15 from City Manager Louis A. DePasquale: “Over the summer, staff will draft a scope of work, and in the fall, I am prepared to recommend a free cash appropriation for a feasibility study on municipal broadband. It is my hope that the data from a feasibility study will allow us to find common ground on the best approach to addressing broadband access and affordability for our residents.”

The free cash appropriation was never made and the study was never ordered, and on Tuesday councillors were left threatening another negative budget vote to express their frustration – only for DePasquale to tell councillors that they would be forcing him to lay off city staff.

“I just want the council to understand that if I can’t work this out, [we] will be telling city employees that because of the broadband not being able to work out, they will be losing their jobs,” DePasquale said, calling it “a dangerous message at the expense of city employees [if] that’s the game we’re going to play.”

Councillor Marc McGovern’s response noted that at the current Finance Committee stage, a vote would be only a recommendation for a final council vote two weeks away – one that could yet approve the budget if the city manager responded to council wishes.

“[If] we vote against the IT budget later down the road, it’s not just going to be on the council’s shoulders that positions will be lost,” McGovern said. “This is a two-way street.”

The committee’s 6-2-1 vote was to send no recommendation to the council on the $10.8 million budget. Councillors Jivan Sobrinho-Wheeler and Quinton Zondervan were the ones who wanted to send an even firmer message; Nolan voted “present.”

Though vice mayor Alanna Mallon was one of the fiercest voices articulating council frustration over the study Tuesday, followed by McGovern, they voted for “no recommendation.” Mayor Sumbul Siddiqui and councillor Dennis Carlone agreed after speaking briefly in support of council goals, and councillors E. Denise Simmons and Tim Toomey were silent on this part of the debate.

Request for proposals, not a study

What the city manager and staff did instead of the dangled feasibility study was send out a request for proposals to give Cambridge “21st Century Broadband” that melded the study with solutions for digital equity – based on a report that came out in March after staff had said it would be done by November 2019 or May 2020 at the latest. The digital equity study, meant to ensure that everyone in the city has access to the Internet, was itself a cause of frustration for councillors. Its introduction was seen as “spinning our wheels” to avoid getting to “the obvious solution” of whether to build a city-owned broadband network; the call for a municipal broadband study had been made by a city-appointed task force that wrapped up its work in September 2016.

A feasibility study would have given councillors “hopefully what we asked for not just a year ago, but what this council did five years ago and what the community asked for 10 years ago,” Nolan said.

Even as five councillors in turn told DePasquale and his staff that the request for proposals was not what they’d demanded and not what had been promised, city staff defended the study as still being what the council wanted.

“It does seem to me we are doing what has been asked for by the public and the council,” said Patrick McCormick, the city’s chief information officer and head of the Information Technology Department.

“If you really read through the RFP one more time, you will see it is looking for municipal broadband options – it is in there,” said Lee Gianetti, the city’s director of communications and community relations.

Gianetti went a step further by trying to make councillors feel bad for criticizing staff defiance of their orders, in essence suggesting that by insisting on the study councillors didn’t care about the poor. Gianetti said that while he personally felt equity was important, “if that is not the intent or the council’s wish for us to really have that strong focus on equity, then I apologize for completely missing that.”

Councillors tried to clarify how – even though digital equity and municipal broadband are related – the request for proposals sabotaged their intent. Sobrinho-Wheeler compared it with asking for proposals for a school building but getting one about “school equity”; Zondervan said it was more like asking for a feasibility study on a municipally owned electrical utility and getting an RFP that said, “there’s also other options, like we could have Eversource continue to provide electricity for everybody.”

In Nolan’s assessment of the denied study, “We all want digital equity, and we want municipal broadband. And you can have both. [The city’s response is] like saying, ‘Do you want to give people food or give them a house?’ It’s not a question. We need both.”

Staff suggested that councillors simply didn’t understand what was in the RFP; Nolan said that not only had she consulted with several experts who’d read it “and said this is really confusing what the city even wants,” but that the municipal broadband advocacy group Upgrade Cambridge – born out of the broadband task force – was also upset about it. Saul Tannenbaum, a founder of Upgrade Cambridge, tweeted during the hearing that framing council objections as being opposed to digital equity was disingenuous because “it’s a bad digital equity effort, as well as a bad municipal broadband feasibility study.”

The entire RFP process seemed just another way to make an end run around the council, he said, since staff chose to “dump” it only days before the hearing and it’s a process in which the council has no legal role.

That was confirmed by DePasquale during the hearing. “Why don’t we wait and see where we end up with this?” DePasquale suggested to councillors.

Councillors were even warned off several times from discussing details of the RFP, since it could unbalance the process by giving some businesses more insight into how best to respond to get the job. Too much conversation would force the city to pull it back for reissuing, said David Kale, assistant city manager for fiscal affairs.

McGovern asked if the RFP could be amended to address council concerns, which would encourage a final council budget vote that funded Information Technology this year instead of turning into a majority vote against in protest. The city manager told him, “I will do everything I can to try to get it in a place that makes this group happy.”

But when an addendum to the RFP went out Wednesday, extending the deadline for replies by nearly two months, it was only to let potential respondents know to watch the budget hearing conversation so they were on a level playing field; “all other details remain the same,” the addendum said.

Update on June 7, 2021: An additional RFP addendum was posted Friday with changes “to align with a goal to create city/public-owned municipal broadband infrastructure.