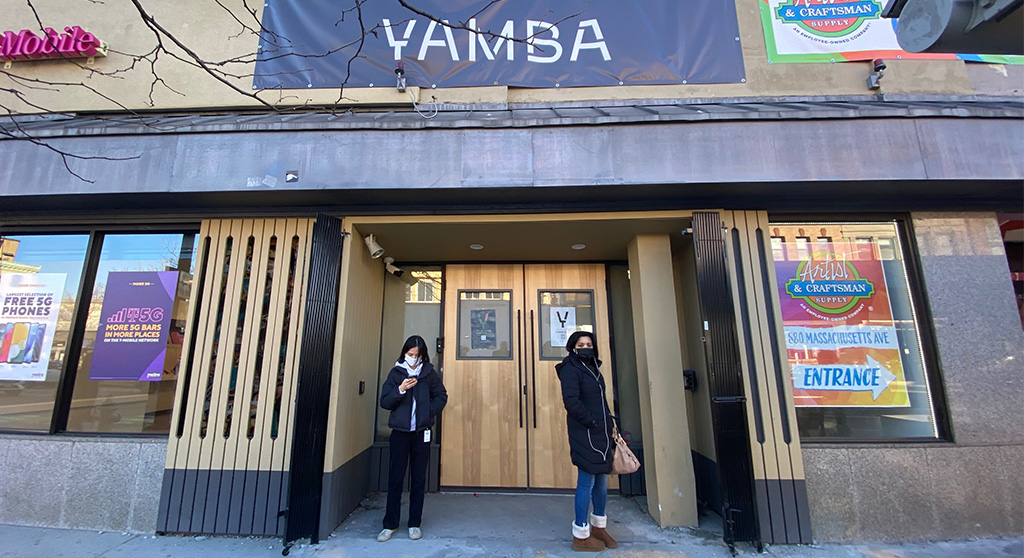 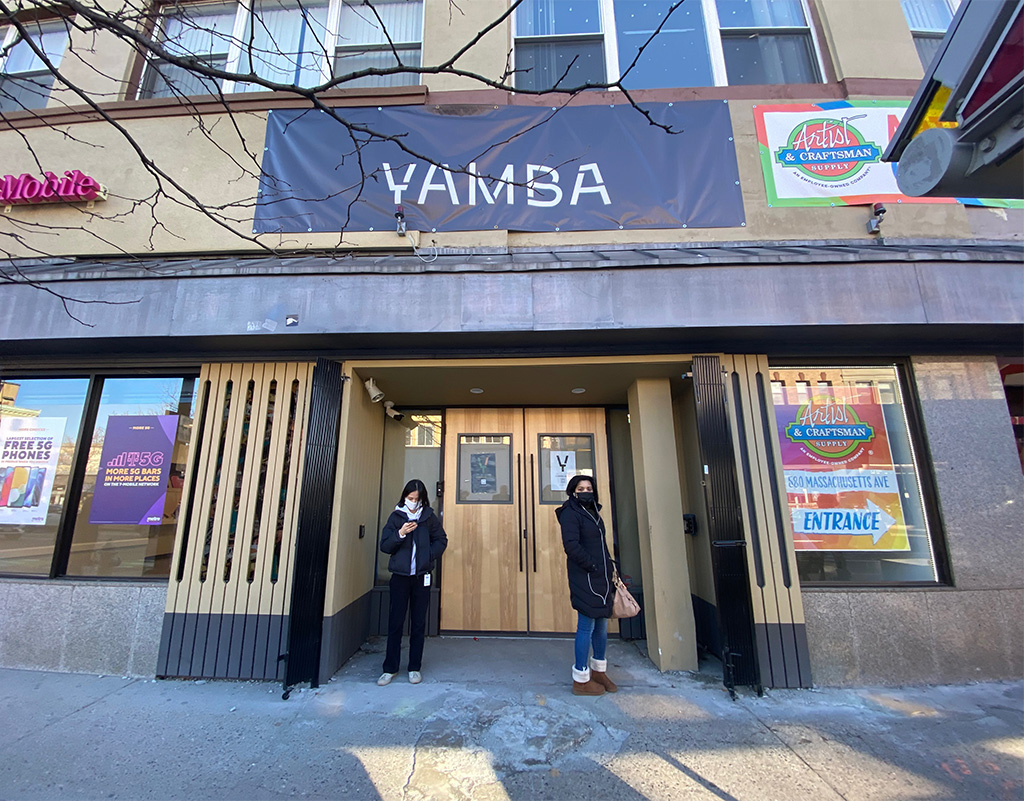 The free, open-air party runs from 1 to 6 p.m. at Pearl Street and Massachusetts Avenue – the adult-use cannabis store is nearby at 580 Massachusetts Ave. – with catered food and live music headlined by Doug E. Fresh And The Get Fresh Crew.

The store, though, has a soft opening starting Tuesday, said Sean Hope, co-owner of Yamba Market with Sieh Samura. It is due to open fully stocked, with everything from cannabis-infused drinks to pre-rolls, tinctures, gummies, vapes and its own Purient Bedroom Cannabis lubricant in an environment as welcoming as an Apple Store or other high-end business. Hope expects a visit from U.S. Rep. Ayanna Pressley on Thursday.

“We really have made it a destination. We have the room for socializing and learning as well as buying,” Hope said. “We want to be the Whole Foods of cannabis – and Whole Foods taught me why I should pay 30 percent more for certain goods, because they are done a certain way or have a certain kind of quality and efficacy.”

Hope also wants to see “yamba,” a term for cannabis with West African roots, become a verb: “How do you Yamba? Well, I Yamba by using some tinctures. I Yamba before I go to bed, I Yamba after working out. We’re really trying to incorporate that into the vernacular.”

Hope and Samura began work on the store in late 2018 with principles of sustainability, education and promoting local entrepreneurs and artists. But Cambridge has been waiting for Yamba Market and the projected dozen or so shops to follow since a statewide ballot in November 2016.

“It’s been a long journey,” Hope said, “We’re opening up at a time when the world is desperate for connection. We’re really hoping that inviting people back to retail for an experience is something that can really help us launch Yamba Market so it becomes a name synonymous with high-quality cannabis that is done for the culture.”

That story, told by economic empowerment entrepreneurs who are an attorney and affordable-housing developer (Hope) and Iraq War veteran who delivered medical marijuana to Medicaid patients (Samura), helped shape the block party, which Hope says could draw 500 to 800 people. 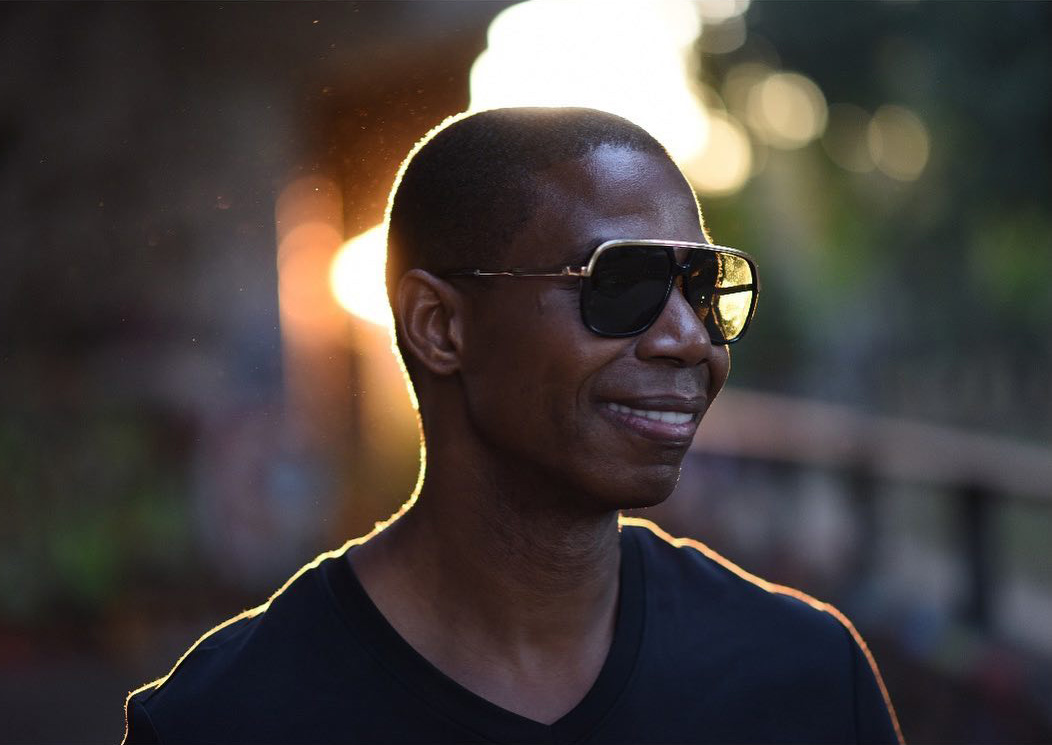 Doug E. Fresh, called the “Human Beat Box,” is known for genre-shaping hits such as “Where’s Da Party At?” and “La Di Da Di.” But he may have last been in Cambridge in February 2015 not for a show, but to speak with MIT grad students at a workshop on personal branding.

“We’re really excited to have him. A huge name. The fact that Doug E. Fresh is coming to Central Square, you feel like he should be at the Middle East performing – and maybe that will happen,” Hope said.

As someone whose appeal spans generations, Doug E. Fresh seemed perfect for the Yamba block party. But at first it didn’t seem like he’d be up for the event. “When I approached his people with an outdoor block party in Cambridge, financially it didn’t seem to make sense for him,” Hope said. (The musician is also reportedly not a user of cannabis at this point.) But Hope sent along press coverage about the shop, its founders, partners and goals, “and his people called me back right away. They love what we were doing, they love supporting black entrepreneurship. I think the arts and the music and the culture that we were kind of pushing forward spoke to him.”

First up at the event will be Kaleta & the Super Yamba Band, Brooklyn-based Afrobeat performers introduced to Hope and Samura by one of the visual artists being featured at the shop. Hope was excited to learn that Super Yamba was inspired by Fela Kuti, the Nigerian musician and political activist.

“When we were looking at celebrating some of the unsung heroes of cannabis, everyone thought of Snoop Dogg and Willie Nelson. But there’s all these other people who were pioneers and revolutionaries in their own right, people like Cheech Marin or Fela Kuti, who’s somebody that we admire,” Hope said. Having matching names didn’t hurt, either. “So again, we reached out and sent them our information, and it was a natural connection.”

Food will be provided by Rhythm ’n Wraps, the Boston seller of vegan soul food, and likely another local purveyor that will be pinned down as the block party gets nearer, Hope said. Two Central Square restaurants were invited to take part but had to decline, he said.

More performers – locals, such as those who have performed at the nearby Starlight Square – could also be added, he said. 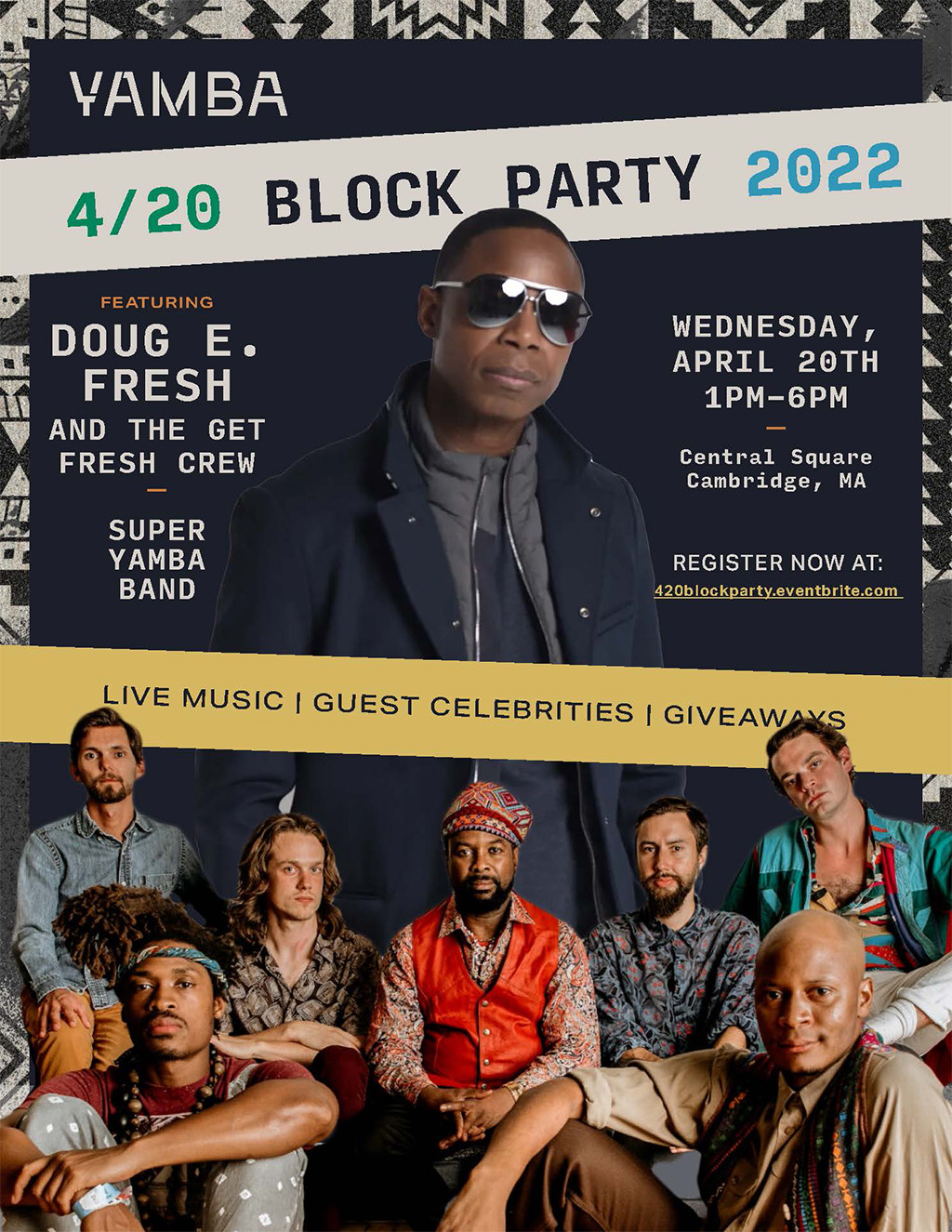