‘The Northman’: Viking precursor to Hamlet barely hesitates to hack away at his problems 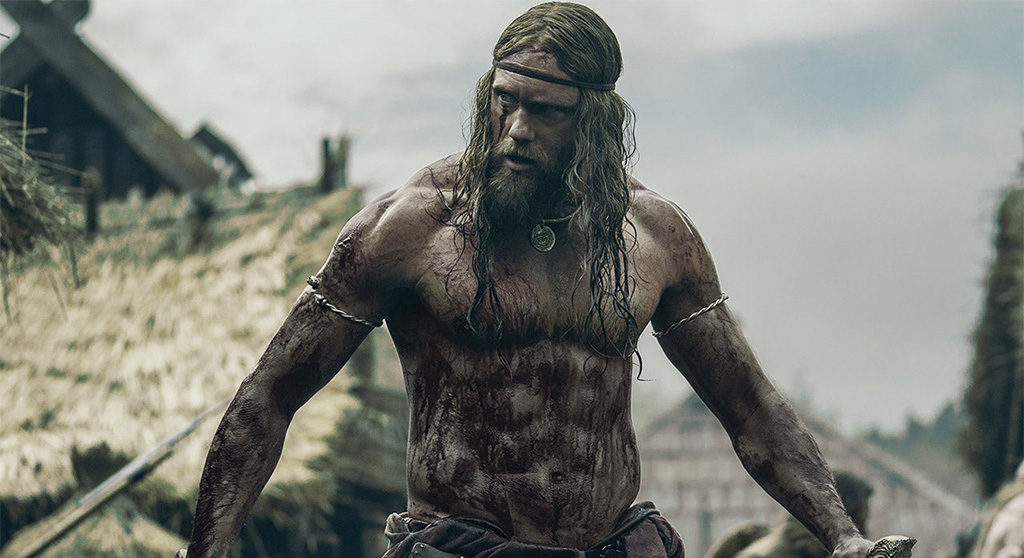 ‘The Northman’: Viking precursor to Hamlet barely hesitates to hack away at his problems

It’s hard to believe Robert Eggers’ $90 million Viking saga is just two films out from his rousing debut “The Witch,” which he made for a humble $4 million back in 2015. That moody, Colonial-era chiller went on to amass more than $25 million worldwide, reinvigorating the folk horror genre and pronouncing Eggers as the talent of tomorrow. Tomorrow is today as “The Northman” thunders into theaters, an ambitious, big-scale take on the A.D. 895 tale of Amleth, a classic (or the classic?) revenge drama that would later become the roots for the Shakespearean tragedy “Hamlet.”

From the opening shots of an Icelandic volcano belching rivulets of lava and the churning north sea (the North Atlantic, as we now call it), Eggers casts a foreboding scape that brims with brutal beauty and primal allure. We often get Viking warriors crouched on all fours, grunting and howling as they channel their inner wolf during pre-battle rites conducted within the ring of a bonfire; no words, English or language of yore, fall from their lips.

In chaptered segments, we begin with King Aurvandil (Ethan Hawke) returning from a conquest to his people, his wife Queen Gudrún (Nicole Kidman) and his young son, Prince Amleth (Oscar Novak). Hawke slips surprisingly well into the gruff, growly role, but Aurvandil’s not with us long; his brother, Fjölnir (Claes Bang, “The Square”) ambushes him and looks to kill the prince as well, but as lore and legend have it, Amleth is something of an Aquaman and can swim far and wide. In the next chapter we catch up with Amleth, now mature and ripped and played by Alexander Skarsgård (who played opposite Kidman as her husband in the series “Big Little Lies”) embarking upon a war party raid that is one long, gorgeously shot carnival of carnage. It’s not until the last drop of blood soaks into the mud (the film has that “Gladiator” sword-and-sandal texture to it, but mud-and-blood is a more apt tag) that you fully realize that Amleth is out for one thing: to even the score with Fjölnir. To do so, he poses as a slave working Fjölnir’s fields. You’d imagine with such strong genetic ties, his uncle might recognize his now burly and physically capable nephew, but he does not, and neither does his mother, who has taken up with Fjölnir and borne him a son.

Much of the copious and well-staged violence unleashed onscreen is the manifestation of the molten rage that roils inside Amleth, who proves an efficient and unrestrained killing machine. Skarsgård carries the part strikingly, but it’s Kidman who shines in a multifaceted role in which everything is not as it appears. Eggers regular Anya Taylor-Joy (“The Witch”) throws in as Olga, a slave alongside Amleth who becomes his lover and co-conspirator, as does fellow Eggers ally Willem Dafoe (who co-starred with Robert Pattinson in “The Lighthouse”) as Aurvandil’s fool. Icelander Björk, in her first feature performance since “Dancer in the Dark” in 2000, takes up the part of the oracle who torments Amleth.

Those who might be concerned that such a budget and scope might change or addle the filmmaker’s work can relax. “The Northman” feels strangely akin to Eggers’ earlier efforts; at the core, they’re all period pieces set in harsh, unforgiving surroundings haunted by the spirits of past inhabitants. Where those big dollars go are the sets, the stockaded villages, Viking ships and earth-roofed fiefdoms nestled into the rolling hills of Iceland. Eggers carries forward his animal obsession too. It was a menacing goat in “The Witch” and a baneful seagull in “The Lighthouse”; here we get a murder of crows that have Amleth’s back, not to mention his ability to commune with a friendly fox on his covert night stalks or Fjölnir’s pet bull mastiff. Not all of “The Northman” works – some of it’s muddled visually and linguistically, and at turns it gets a bit too feral for its own good – but the immersion and mood makes for a mesmerizing and haunting odyssey, much in the same way Terrence Malick’s dreamy “The New World” (2005) took us to back to our early colonial origins.