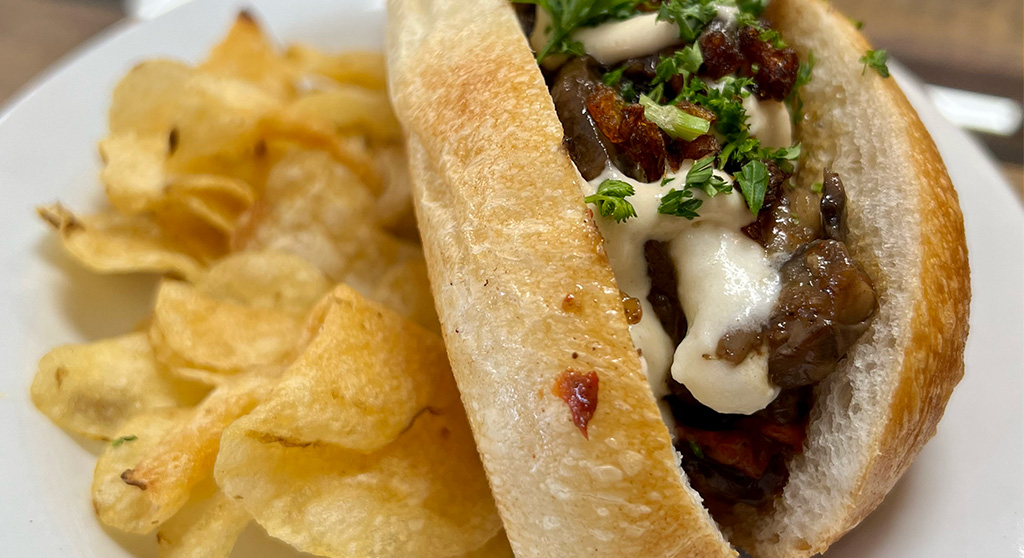 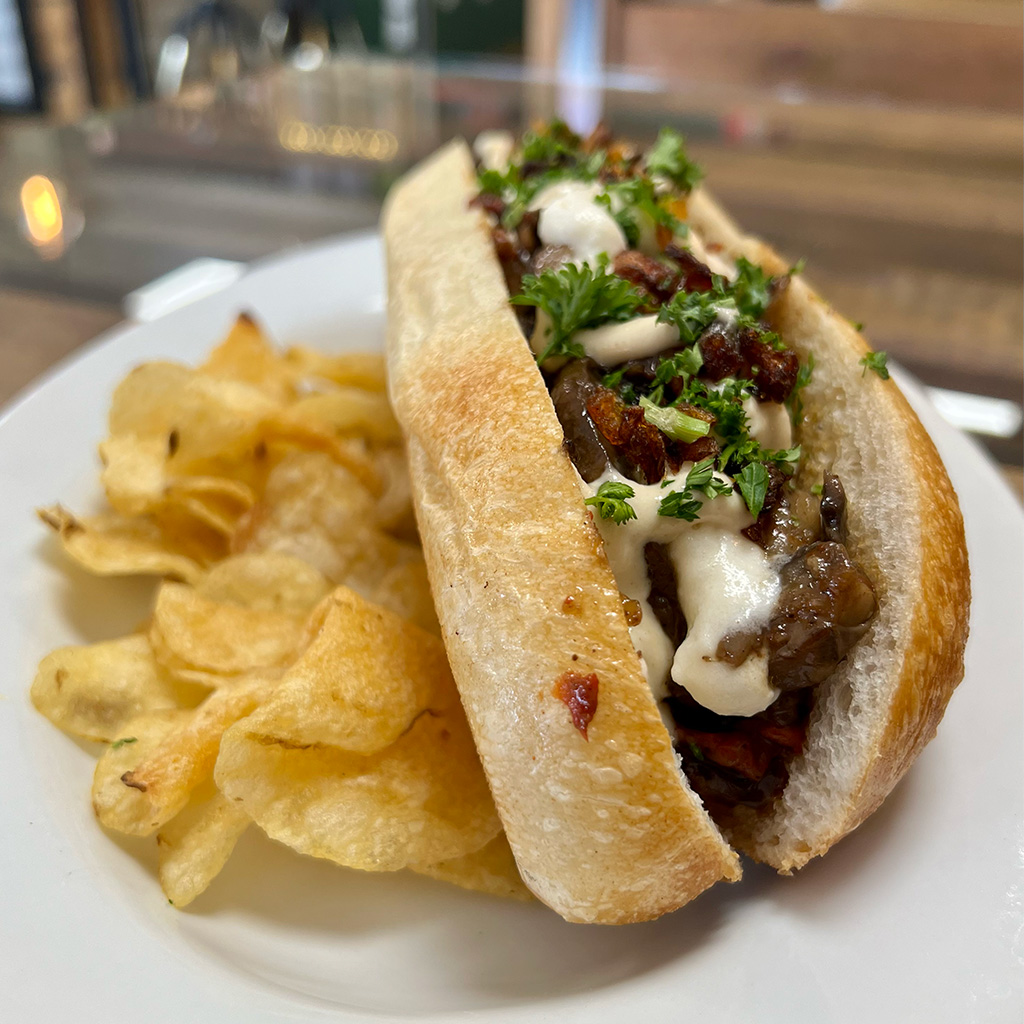 The mother-daughter-run Koshari Mama continues to evolve and grow, yet remains tightly focused on its root mission: bringing vegan-leaning Egyptian street food to the hungry. Hyper niche, yes, but perfectly so. The fusion eatery opened on Somerville Avenue in November in an inviting and homey spot that had been Moroccan Hospitality Restaurant and, more famously before that, Razzy’s Cafe, a longtime, well-loved dive bar with a great trivia night. Koshari had been just down the way at Bow Market in Union Square, and before that, a pop-up at farmers markets around the area.

For me, Koshari has become a stop for lunch that’s super fast and super good, with service that’s friendly and informative. Much of the dinner menu, such as the koshari (the Egyptian national dish of rice and lentils topped with pasta, chickpeas, fried onions and a tomato sauce) make an appearance on the lunch menu as bowls, and there are basic Middle Eastern warms-ups (falafel, baba ghanoush and hummus) on both menus. But the thing to have at Koshari Mama, which you can only get on the lunch menu, is the Mushroom Shawerma sandwich, a glorious, overflowing medley of sautéed mushrooms, sweet peppers and onions seasoned with garlic and a housemade special spice blend. The key to the juicy, meaty mushroom madness is the uber-fresh Iggy’s sub roll (I’m not sure I’ve had rolls this fresh directly from Iggy’s) and the creamy garlic and tahini sauce that tops it all. It’s like a Philly cheesesteak with a Middle Eastern kiss to it, and you don’t have to sweat the cholesterol intake. The sub may look big, but once you take a bite you can’t put it down until it’s pretty much gone.

Koshari Mama has beer and wine options, a complete line of coffees, teas and smoothies and a dessert menu with rice pudding and, at dinner, om ali, a bread pudding made with a flaky puff pastry; and konafa, baked shredded phyllo dough layered with a sweet cream custard and drizzled with orange blossom syrup.