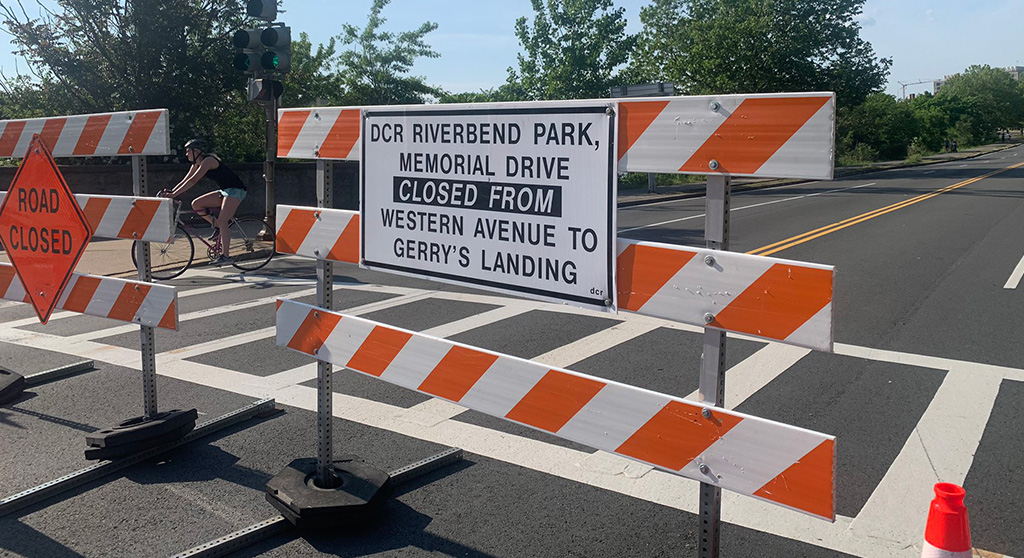 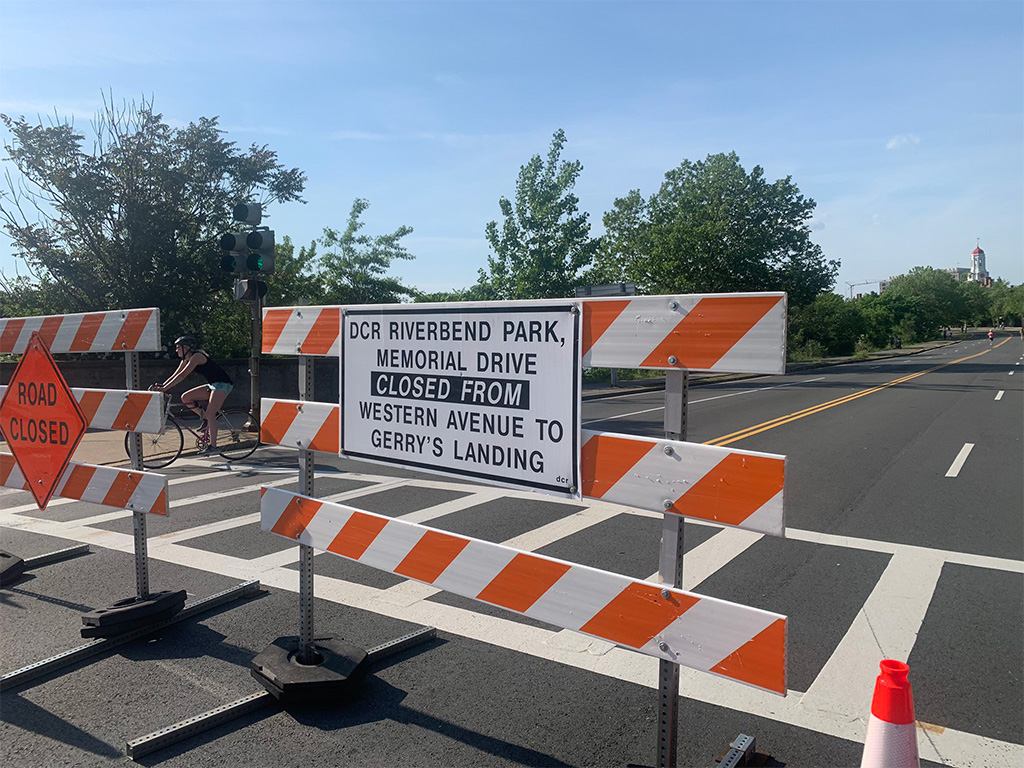 The dispute about Saturday closings of Memorial Drive to car traffic will stretch on for at least another week after the City Council voted 8-1 to table a measure seeking to restrict the closings to Sundays.

When Memorial Drive is closed by the state Department of Conservation and Recreation, Riverbend Park opens, allowing the road typically busy with cars to be used by residents for recreation. The expanded hours to the 40-year-old tradition began April 23.

While many in Cambridge and beyond have supported the Saturday closings – more than 3,660 people have signed a petition backing them, said Christopher Cassa of the Memorial Drive Alliance – some residents in the Riverside neighborhood say the result has been “overwhelming” traffic problems that can trap them in their homes.

Public comments during Monday’s council meeting were far less contentious than in the previous meeting, May 23.

At the earlier meeting, though Cassa said he was sympathetic to the neighbors’ troubles and wanted the city to take steps to help, he noted that the supporters of the expanded Riverbend Park hours far outnumbered the residents complaining. On Monday, though, he noted the ever-growing numbers of supporters while opening the door to compromises such as later starting hours.

“We do see it as an enormous public benefit, but of course we do not want to do it at the expense of neighbors’ comfort,” Cassa said of the closings. “A middle ground would be very wise.”

Councillor Paul Toner used his “charter right” on May 23 to set the issue aside for one regular meeting and provide time to work on some of the neighbors’ issues. Councillor E. Denise Simmons, who introduced the measure originally, made the motion Monday to delay a vote again, explaining that she wanted still more time to talk with the community. Her motion was to table the vote indefinitely.

She has held two community meetings already that have given those “most impacted the chance to be heard,” Simmons said. She had heard a mix of reactions, but at the latest meeting Thursday, people started brainstorming about mitigating measures the city might take, she said.

Burhan Azeem, an aggressive supporter of bike infrastructure and chair of the council’s Transportation Committee, said he was in favor of seeing where the talks went; councillor Dennis Carlone, who supports creative uses of open space in a city with half the amount found in most communities, said he too was “optimistic” a compromise would be found.

Councillor Quinton Zondervan was alone in voting against tabling the measure, in the hopes of then defeating the order entirely. “Any conversation can happen whether or not this order is on the table,” he said.