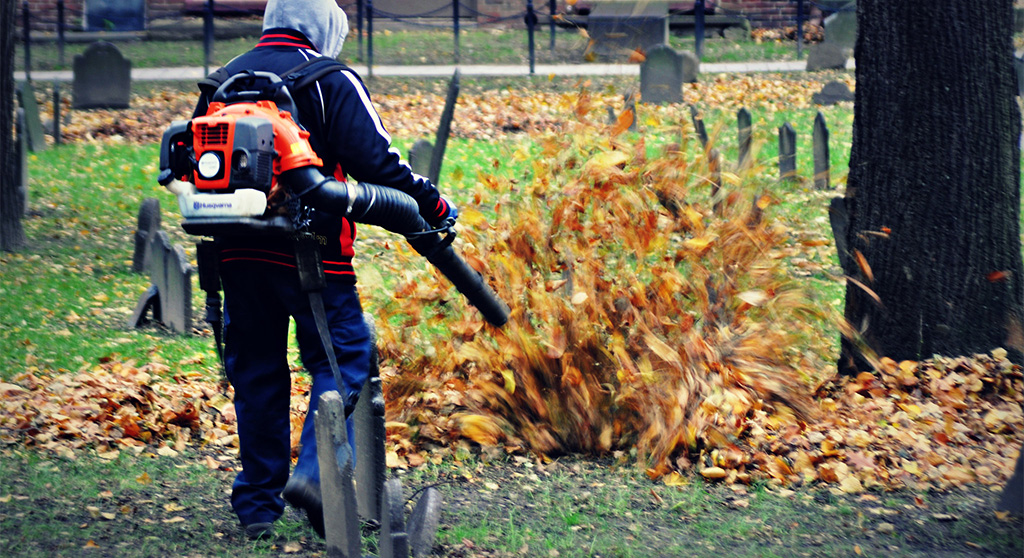 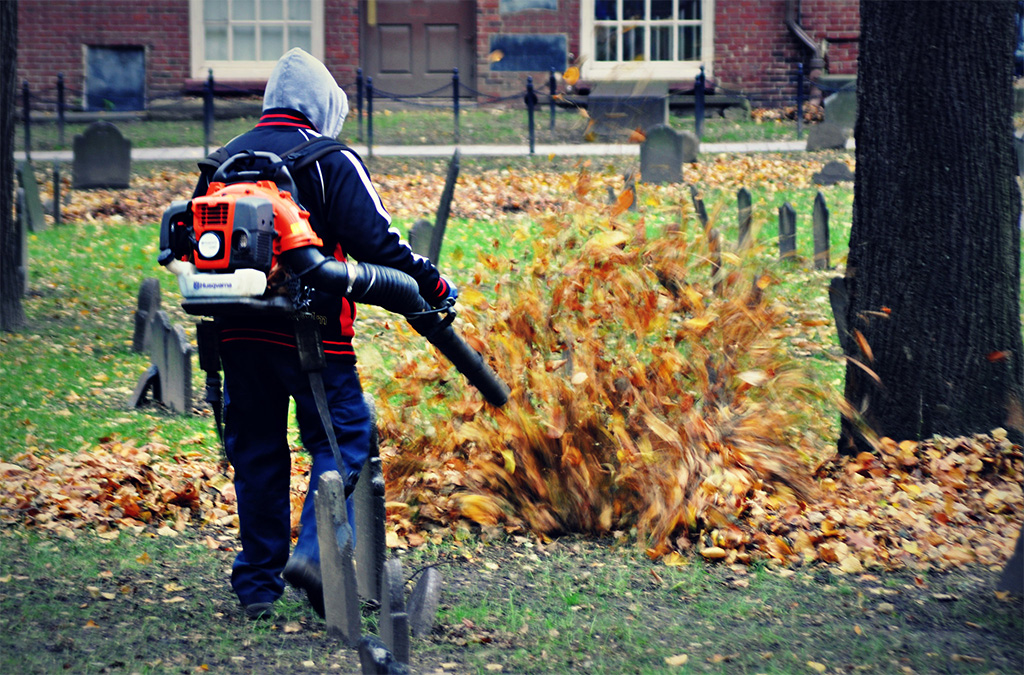 A ban on gas-powered leaf blowers is being considered by the City Council in Cambridge. (Photo: David Pilbrow via Flickr)

Some form of ban on gas-powered leaf blowers drew support Tuesday from city councillors at a Health and Environment Committee hearing, at which officials and residents shared thoughts on noise and air pollution, safety for landscapers and the pros and cons of battery-powered alternatives – including whether they could handle the amount of leaves dropped each fall in a New England city.

There’s no specific proposal for a law banning gas-powered leaf blowers, and councillors agreed that further discussion was needed before action.

The group Quiet Healthy Cambridge is pushing for a ban with a phaseout period of two to four years, following the lead of Lexington and Arlington.

An effort to enact a ban on all leaf blowers – including electric ones – was brought before the City Council in 2019, but not adopted. Virginia Coleman, one of the leaders of the effort, returned to comment on the revised version of the effort.

“We can’t be the last people on board,” Coleman said. “We were very slow about smoking in restaurants because [people thought] nobody would go out to eat. Well, guess what? The day smoking was banned people kept on going out to eat. This is not going to be the end of the world. This is something that Cambridge really should do.”

Even supporters of a quieter approach to landscaping expressed concerns around enforcement, “peak” leaf blowing months and the financial burden of a transition to battery-powered equipment.

Nicole Murati Ferrer, chair of the License Commission, said she’d emphasized in recent years making rules and regulations clearer to landscaping companies; the commission has a list of roughly 100 licensed contractors. Companies violating city laws are found and punished to the fullest extent, she said.

The major leaf accumulation in fall was cited as the main reason a total ban on blowers would not be feasible. One compromise brought up could limit leaf blowing to two-to-three month windows in the fall or spring months, when leaves linger after snowfall has melted – a practice the city already follows. “Our contractors are committed to using battery-powered leaf blowers to the extent that they can,” Public Works commissioner Owen O’Riordan told councillors. “But there’s a period in the fall most particularly when they struggle, given the weights of leaves and so on.” Gas-powered blowers were used for 20 percent to 35 percent of the year, DPW staff said.

There’s an echo of a problem specific to the region in how the MBTA has switched its buses to all-electric power – but with diesel heaters in place to keep them functioning in the coldest weather. Current buses need the assist; future models should not, residents learned in the fall.

Community members expressed concerns about noise pollution. “It makes it so that I literally cannot function in my house,” Coleman said.

“I’m pretty struck by not everyone focusing on [the fact that] this is not just about emission pollution – this is about an environmental justice issue, the health of the workers using these machines,” Nolan said. “We cannot forget that, we must not forget that and I will never forget that, and I think we need to ensure that we eventually come to a place where we do not allow these kinds of machines to be on the backs of people.”

Landscapers urged the council to consider a law’s financial impact. James Kelley said his company, Cambridge Landscape, spent more than $100,000 this year on four riding mowers to add to its store of electric weed whackers and other equipment, as well as $10,000 to upgrade his building’s infrastructure to charge it all. Such costs could be especially burdensome for smaller businesses, and “the electric blowers just don’t have the power to push the leaves that’s needed when you’re doing larger properties, which mostly my company does,” Kelly said.

A bill is under consideration at the State House to create a grant program helping commercial landscapers buy battery-powered equipment, Rasmussen said. It was introduced by Rep. Michelle Ciccolo of Lexington, “sort of in combination with their ban on gas-powered leaf blowers that will take effect in 2025.”

This post was updated June 13, 2021, to identify James Kelley’s company and correct the spelling of his name.