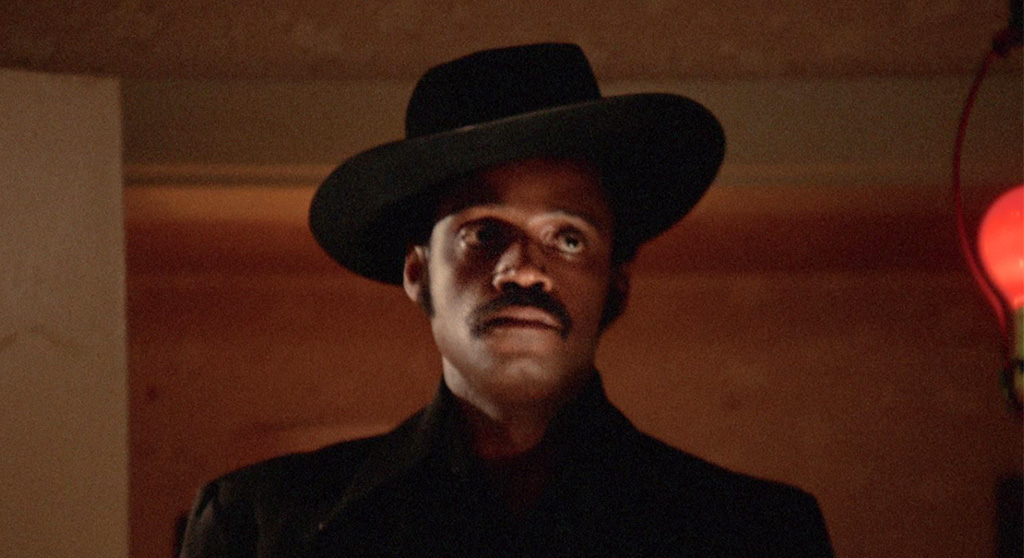 Another ’70s film fixture, L.Q. Jones, left us last week. The veteran Western TV actor (“The Big Valley,” “Gunsmoke” and “Rawhide”) found regular work in the films of maverick film director Sam Peckinpah, most notably as one of the scoundrel ragtag bounty hunters, perfectly paired with Strother Martin in the epic “The Wild Bunch” (1969), as well as “Major Dundee” (1965), “The Ballad of Cable Hogue” (1970) and “Pat Garrett & Billy the Kid” (1973). Jones also has small parts in “Casino” (1995), “Hang ’Em High” (1968) and “The Mask of Zorro” (1998). Jones went behind the lens for two films: “The Devil’s Bedroom” (1964) and the cult curio “A Boy and His Dog” (1975, streaming on Freevee) starring Don Johnson as young man living in a post-apocalyptic wasteland with a telepathic dog that can locate women, who are increasingly rare, for recreational dalliances. His presence as a roguish outsider will be missed. (Tom Meek)

The “Complete Federico Fellini” program rolls on at the Harvard Film Archive, with Fellini’s 1970 TV movie “The Clowns,” part documentary and part a delve into Fellini’s childhood obsession with circus performers (see “La Strada”). “Clowns” plays Monday and July 24. In between there’s “Orchestra Rehearsal” (1978, Saturday), in which a TV crew records the shenanigans at the title event inside an abandoned chapel; and “City of Women” (1980, Friday), in which Fellini alter ego Marcello Mastroianni finds himself in a hotel besieged by a legion of women. (Tom Meek)

This week’s Big Screen repertory at the Somerville Theatre is a twofer from Melvin Van Peebles with “The Story of a Three-Day Pass” (1967), adapted from his French-language novel “La Permission” about a Black American soldier (Harry Baird) given three days’ leave in Paris who begins a romance with a French woman; and the seminal blaxploitation film and a prescient take on race and justice, “Sweet Sweetback’s Baadasssss Song” (1971), starring Van Peebles as an orphan who grows up in a brothel, is accused of a murder he didn’t commit and becomes the target of a massive manhunt. (Tom Meek)

This week’s Road Life Retro Play at the Landmark Cinemas Kendall Square is Terrence Malick’s true-crime-inspired, feature debut “Badlands” (1973), starring Sissy Spacek and Martin Sheen as lovers on a crime spree through the Dakotas. Sheen’s cold and aloof greaser is eerily reminiscent of the young James Dean, and Spacek is perfect as the much younger ingenue under his spell. (Tom Meek)

“The Shred” is a poison in the air in a dystopian future that erases minds proportionate to the length of exposure. Amid environmental collapse, an unassuming Victorian-looking group of five – two younger women, rebel Bee (Jessica Alexander) and dutiful Evie (Anja Taljaard); an older woman; a young man; and a child – live on a tiny, verdant patch. When outside, they wear containment helmets, shoot intruders and use the remains to feed the plants that supply their oxygen within the titular dwelling. Stumbling onto their land, a wounded Stranger (Hilton Pelser) shows signs of sentience, so Bee breaks the rules and brings him into their sanctuary. His presence disrupts the household and divides the group over his identity. Think “The Imposter” (2012) meets “Dogtooth” (2009). The Stranger leverages his sexual charms, manipulates their memories and instigates confrontations, and while initially intriguing, each revelation comes to feel like Shyamalan on steroids. After “Game of Thrones” broke incest taboos, this heteronormative storyline seems tame, especially since it never entertains the idea that the ladies could stop fighting over the guys. Double entendres about fruit ready to be plucked and plowing fields become tedious and literal, and even the most prurient viewer will find the frequent though fully clothed open mating dull and repetitive. Instead of using dystopia as a critique, this South African film indulges a regressive impulse – eugenics wrapped in soft-core. With scarce resources, the characters ramble about their society’s priorities and values, but the denouement seems to endorse ableism. Only those that The Shred leaves untouched are given carte blanche for misdeeds. (Sarah Vincent) For rent or purchase on Amazon Prime Video and other services.

South African director Jenna Cato Bass co-wrote this supernatural horror film with fellow countrywomen Babalwa Baartman and lead Chumisa Cosa. After a patriarchal family dispute over her grandmother’s estate, Tsidi (Cosa) and daughter Winnie (Kamvalethu Jonas Raziya) leave Gugulethu, a bustling township, to live with Tsidi’s mother, Mavis (Nosipho Mtebe), a live-in housekeeper in Constantia, an isolated, affluent, spacious Afrikaner suburb. Tsidi resents her mother’s devotion to Diane, a mostly off-screen employer, and later suspects a more sinister cause for her mother’s dedication. As Mavis starts acting like a mother, the renewed maternal bond comes at a cost. Tsidi has dissociative episodes and Winnie becomes intensely disrespectful. Diane’s house serves as a metaphor for South Africa; without black labor and culture, this house could not exist, but the black women cannot exist inside its walls without assimilating, being invisible and/or submissive. The supernatural foundation is laid out like “Hereditary” (2018). Tsidi’s worst nightmare is falling under the spell of the lie that Diane is “family.” “The Second Mother” (2015) did a better job exploring the exploitive dynamic of framing servants as family while those servants sacrifice their actual family for income. The resolution here accomplishes what Lars von Trier could not in “Manderlay” (2005) – a subversive happy ending. (Sarah Vincent) On AMC+.

B.J. Novak has issues. Gun violence, racism, the opioid epidemic, liberals versus conservatives and the amorality of mass media are just a few of the ones overpopulating “Vengeance,” which Novak wrote, produced, directed and stars in. He plays Ben Manalowitz, a freelance journalist living in New York. A mysterious late-night phone call regarding a casual girlfriend, Abilene (Lio Tipton), who has died in a Texas oil field under strange circumstances, arouses Ben’s interest and prompts him to pitch a podcast – a “dead white girl” story, as he calls it – to his producer, Eloise (Issa Rae). She greenlights it and soon Ben’s in West Texas working the case. It is against the backdrop of this whodunit that Novak’s film unpacks the aforementioned issues, taking time to wax poetic on what ails us as a culture. It’s a valiant try, but “Vengeance” soon turns from a whodunit into a civics lecture, and not a very good one. The issues are legit, but because there are so many Novak wants to talk (and talk) about, the film can’t help but gloss over each one. Nor does it offer solutions. Quite the opposite, in fact. As evidenced by the film’s title, and the ending, apparently the only way to stem violence in America is with more violence. Equally problematic is the film’s style, switching from date flick to Texas gothic noir to kooky sketch comedy and back to civics lecture. The shapeshifting gets old, and leaves us only mildly curious to learn whodunit. When the answer comes it’s the one we predicted, which confirms that in addition to not offering solutions or hope to what ails us, “Vengeance” isn’t a very suspenseful movie either. (Federico Muchnik) Landmark Kendall Square Cinema, 355 Binney St., Kendall Square.