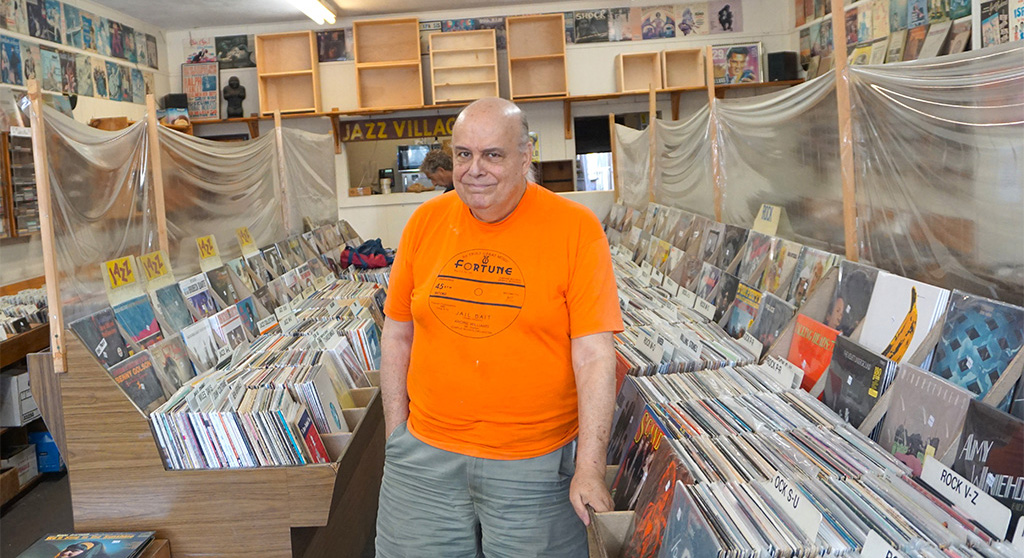 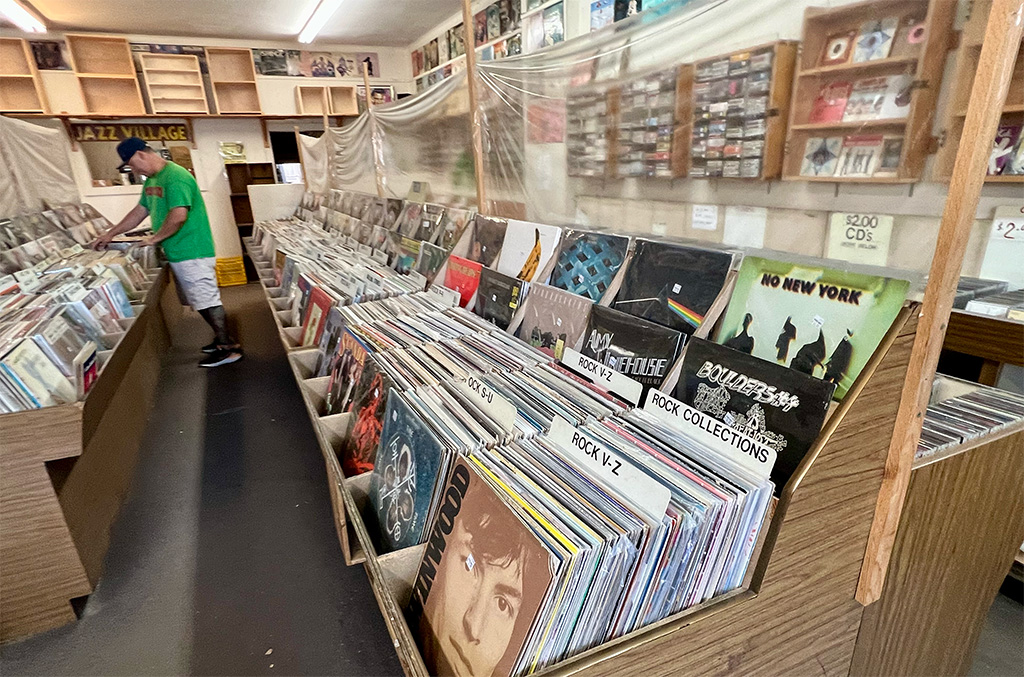 Stereo Jack’s Records closes Monday between Harvard and Porter squares after a 40-year tenure – an impressive existence selling just old-school vinyl in a biz that has shifted from records to tape to CDs and ultimately to digital, surviving Tower Records and a pandemic.

Since a reopening after the worst of Covid, owner Jack Woker said business has never been better – the draw for vintage vinyl is at a remarkable peak due to its audio quality, usefulness to DJs and collectibility – but the locale is making way for a recreational marijuana dispensary called Budega. Woker believes the cannabis shop will pay a significantly higher rent, as well as remodeling at 1686 Massachusetts Ave., Neighborhood 9, to bring a circa-1890 structure up to date.

Woker’s store has been at the current location 29 years, following 11 years just up the way toward Porter Square. A warning about the cannabis shop came in 2019, followed by a pandemic reprieve.

When he first got the news about Budega, Woker thought he would just close up and go home. Then he was approached by an employee, the percussionist Chris Anzelone, who proposed to buy the business and move it. 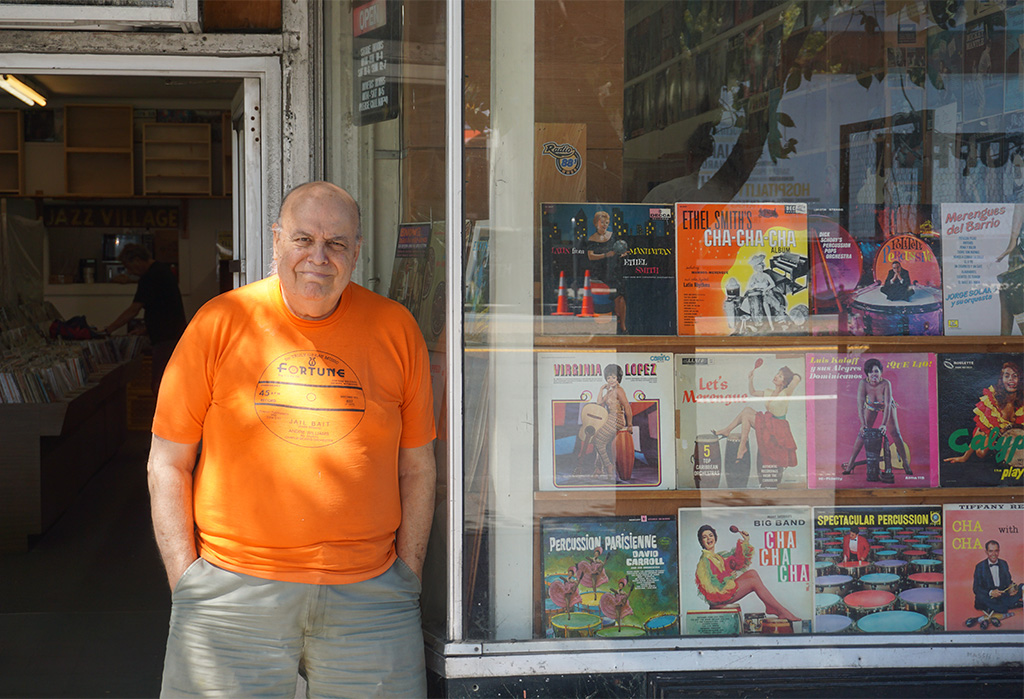 “I was elated,” said Woker, who still plans to retire – but happily, as the store soldiers on.

After Jack’s closes Monday, workers will pack up the store and move to 736 Broadway in Ball Square, Somerville. The plan is to have the new store, which is roughly the same square footage, open as close to Sept. 1 as possible. 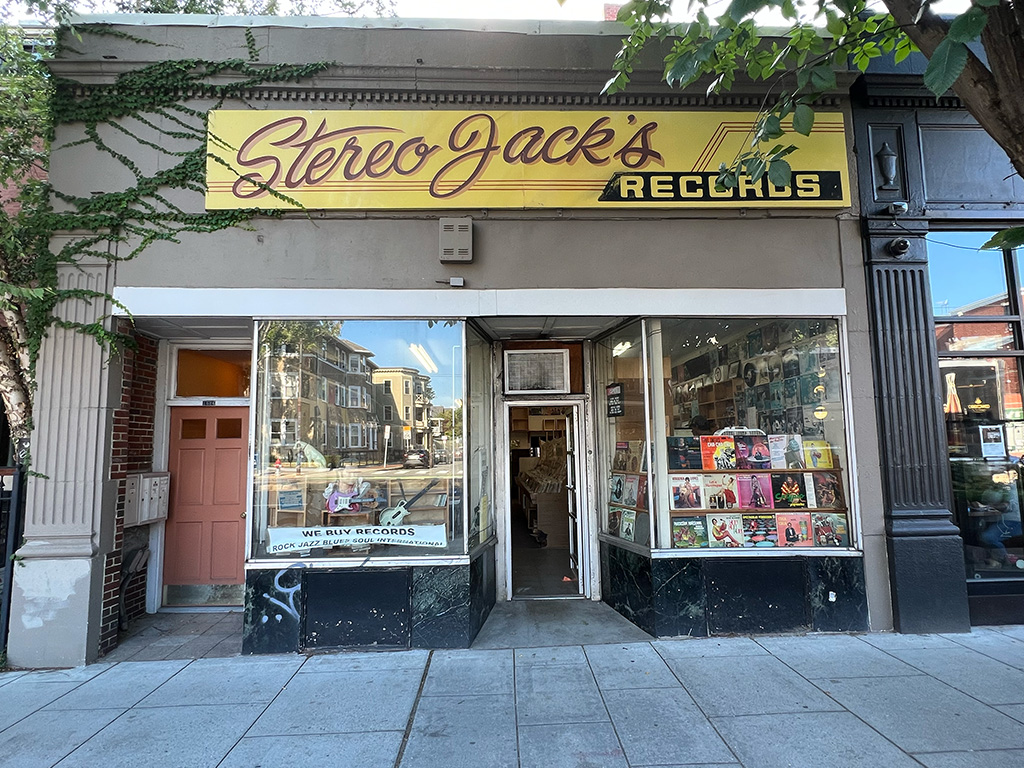 The storefront is due to host a Budega recreational cannabis shop. (Photo: Tom Meek)

Of the things he’ll miss most from running Jack’s, “it’s the people,” Woker said.

The feeling was mutual. “Jack’s store was always a wealth of the finest music on the planet,” said longtime area resident and frequent customer Matt Millstein, who now lives in Sudbury, “and also a haven for heated debate. On any given day at Jack’s you’d hear strong opinions on where to get lunch, Tarantino’s film catalog or general disdain for Rod Stewart’s solo career. The talk and clientele were always wide-ranging and fully captivating, just like the selection of music in the store.” 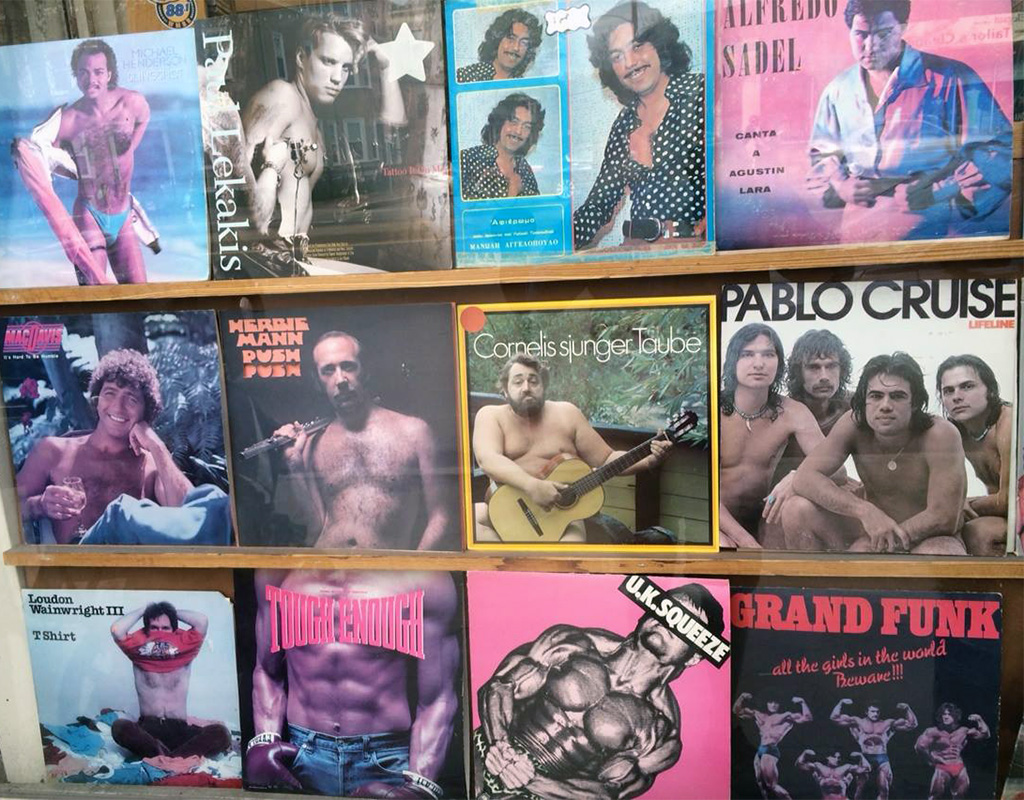 Jack’s kitschy-cool thematic window displays – in which front windows are covered with visually related record jackets – became an institution and a draw for amblers along the avenue. “I often photographed them and sent them to my musician son in Los Angeles,” said Michael Bogdanow of Linnaean Street, who once sold his vintage vinyl collection to Jack’s. “First you’re struck by the diversity of art concepts,” added George Emlen, music director at the Revels organization, “then you go try to imagine what the music sounds like, and finally you marvel at how these album covers reflect and represent a specific zeitgeist in our culture. It will be hard to replace this amazing tradition.”