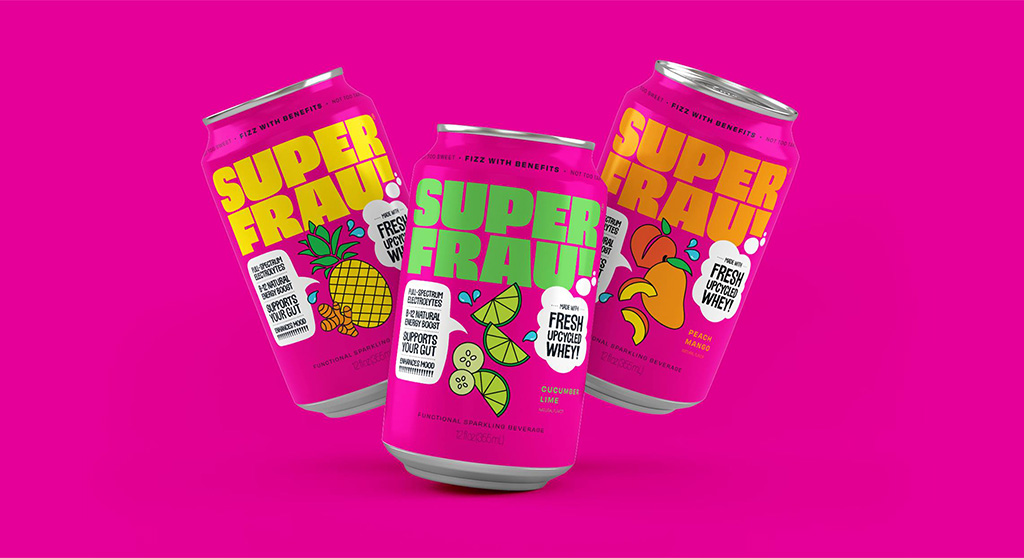 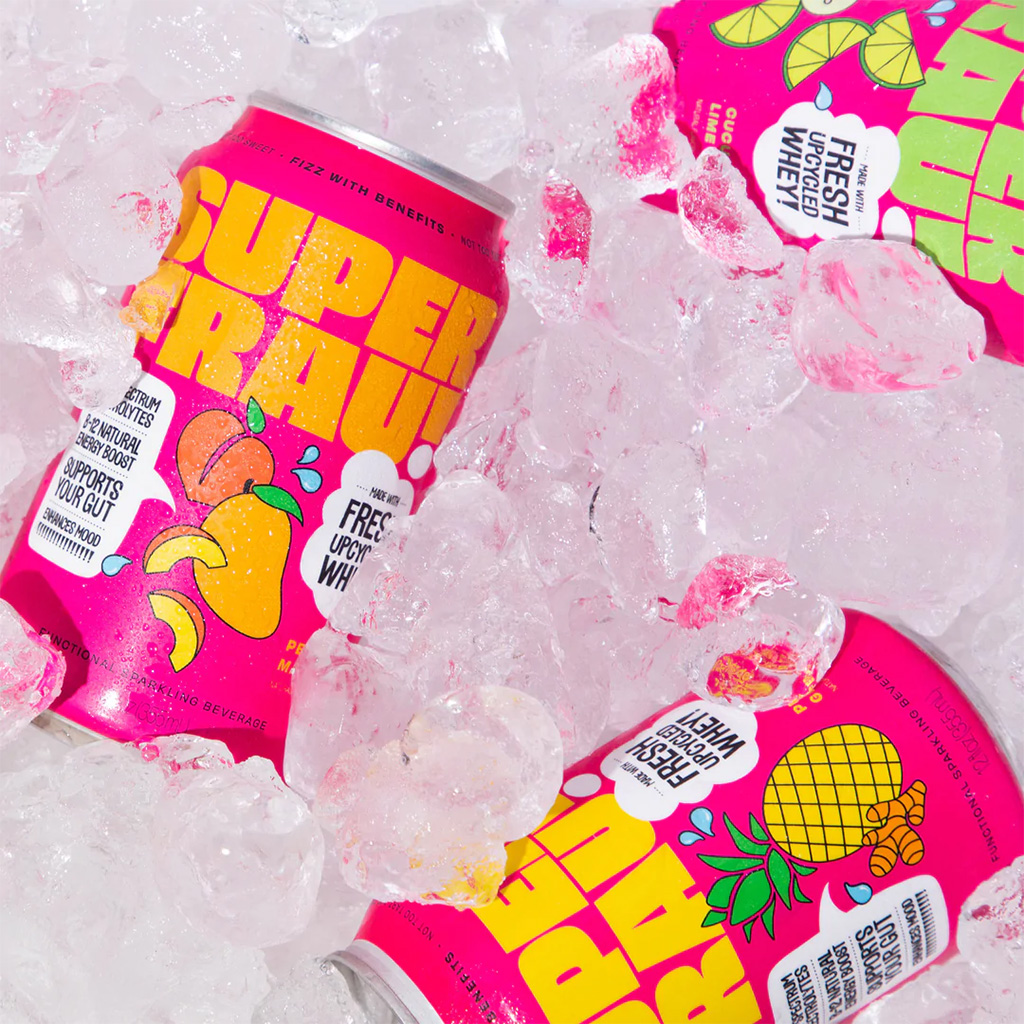 SuperFrau is a fizzy drink made with whey — which is usually discarded as part of making yogurt and cheese. (Photo: SuperFrau)

Few people would connect immigration law to sustainable, upcycled health beverages, but that is what brought Melissa Martinelli from the corporate suites of San Francisco to Inman Square and the eponymous Incubator, where she’s wrapping up a month as featured entrepreneur. (Through Thursday).

The Incubator – a 190-foot retail space at 1385 Cambridge St. provided by Commonwealth Alternative Care and sponsored by the East Cambridge Business Association and Gather Here, with funding from the City of Cambridge’s small-business challenge grant program – opened in March to provide a rotating group of local artists and “makers” with a free place to test products, positioning and packaging, and to connect directly to the local community.

Martinelli is the sixth pop-up on display, having learned about the opportunity as a square resident. A lawyer by training – she spent 10 years working with refugees from around the globe who sought asylum in the United States due to personal and political violence – she was dedicated to helping others. But the day-to-day stress of her clients’ lives took its toll; she, too, felt traumatized. “It was just too much, emotionally,” she recalled, “like PTSD.”

While taking a brief respite with her Austria-born husband overseas in 2018, she was struck by how much more comprehensively and conscientiously Europeans embraced waste reduction and sustainability in their products and lifestyles. She was also introduced to a beverage called Latella, a whey-based beverage that used the natural byproduct of cheese production to produce a low-fat, nutritious drink. Martinelli enjoyed the fruity taste and wondered about the possibility of creating an exceptionally low-waste, high-nutrient product herself, one that could “give back” by not requiring much to begin with.

Returning to the states, she started asking local cheese and yogurt makers what they did with their whey. Soon, she was collecting gallons of it from Appleton Farm in Ipswich and Mayval Farm in Westhampton and experimenting in her tiny apartment. “There were more than a few explosions,” she said. By early 2019, she landed at Dorchester’s Commonwealth Kitchen, a shared kitchen space for food entrepreneurs, where she finalized a recipe, secured the necessary production and sales permits and prepared to launch.

By the time the now-named SuperFrau arrived at the Incubator this month, Martinelli had done considerable tweaking to the product, the packaging (shifting to cans from bottles due to supply issues), and the brand, based on direct customer feedback. She had also secured some valuable startup funding including a 2020 “Greenhouse” Accelerator grant from Pepsi (eco-friendly, sustainable goods) and an equity investment in 2021 from Gary Hirshberg, the founder of Stonyfield Yogurt. “Gary was well acquainted with all the whey that gets wasted during yogurt production, so it made sense,” Martinelli said. Due to its unique formulation and “upcycled” production, SuperFrau also scored some early success in the beverage aisles of selected New England Whole Foods locations.

Martinelli hoped that time in the Incubator would be another step forward in her rollout but wanted to share the precious retail space with like-minded food entrepreneurs. Her brainstorm: a sort of superstore featuring a range of edibles from healthy Asian pesto to “shockingly delicious vegan treats.”

“I’ve met so many makers of delicious products along my journey,” Martinelli said. “I thought it would be cool to feature all the amazing foods and drinks made right in our backyard.” The lingering emotional impact of Covid also played a part. “We all have missed out connecting with our people … I thought this could be a great way to foster genuine connections with our customers and supporters.”

The Incubator has scored so far on all fronts. Martinelli gives a shout out to the Incubator crew for its help and support, from setting up to signs and funding. She singles out “Virginia B.” – that’s Virginia Johnson, owner of Gather Here, and Jason Alves, executive director of the East Cambridge Business Association; “they have been especially helpful!,” she said.

Next at the Incubator 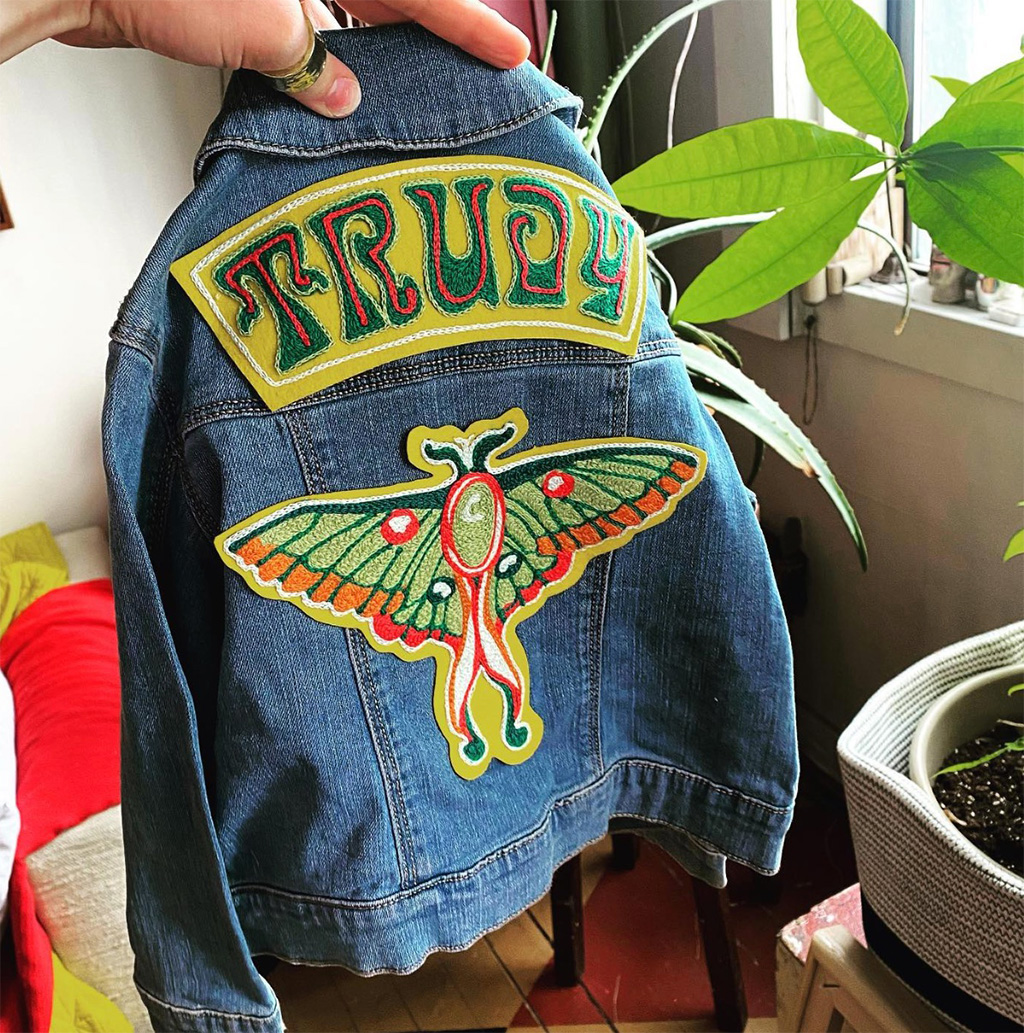 An example of the embroidery from Goody Great, coming next to the Inman Square Incubator. (Photo: Goody Great)

Next up for the Incubator space: Goody Great, an embroidery by South End resident Amelia Fitch, who uses specialized Singer stitch machines from the early 1900s to create a one-of-a-kind look.

“I studied as a tailor for a long time, and I’ve just always been interested in embellishment,” Fitch said. She found out about the Incubator when she met Johnson.

“I see it as a great catalyst,” Fitch said. “I’ve always thought about having a shop of my own but haven’t really had the opportunity. It’ll just be really interesting seeing if it is a viable move forward.” Fitch will have her machines running onsite with a selection of premade patches that customers can buy and have her add to. “Or they can get something stitched on the spot. I’ll have bandanas that you can customize with names and monograms. And larger pieces, as well.” She also plans some special patches just for her time as a pop-up.

Goody Great will be at the Incubator from Sept. 18 to October 8, followed by illustrator Cara Finnerty Coleman’s woodland creatures from Little Bear Illustrations from Oct. 13 to Nov. 13. The year closes out with a repeat of last year’s holiday market, Little Shop of Cute.