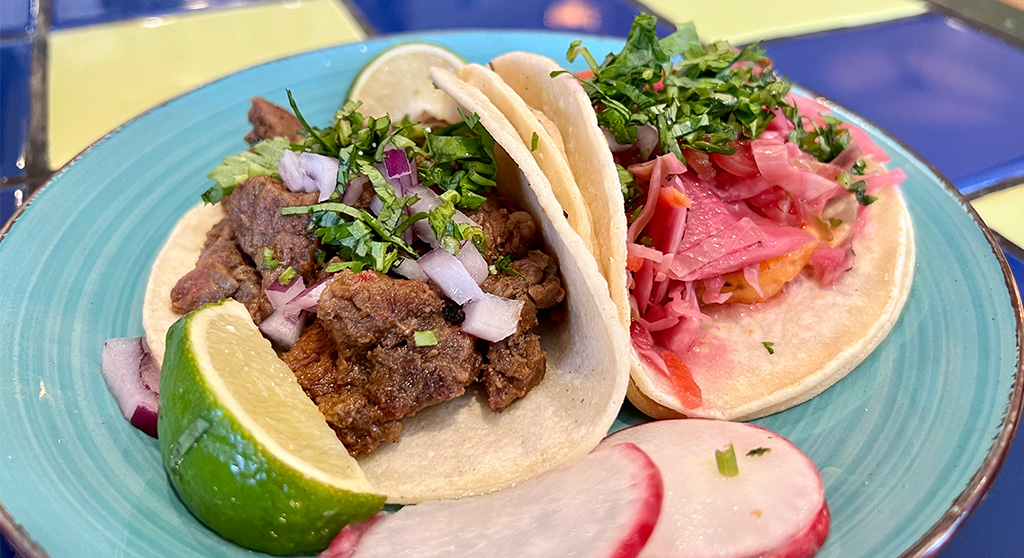 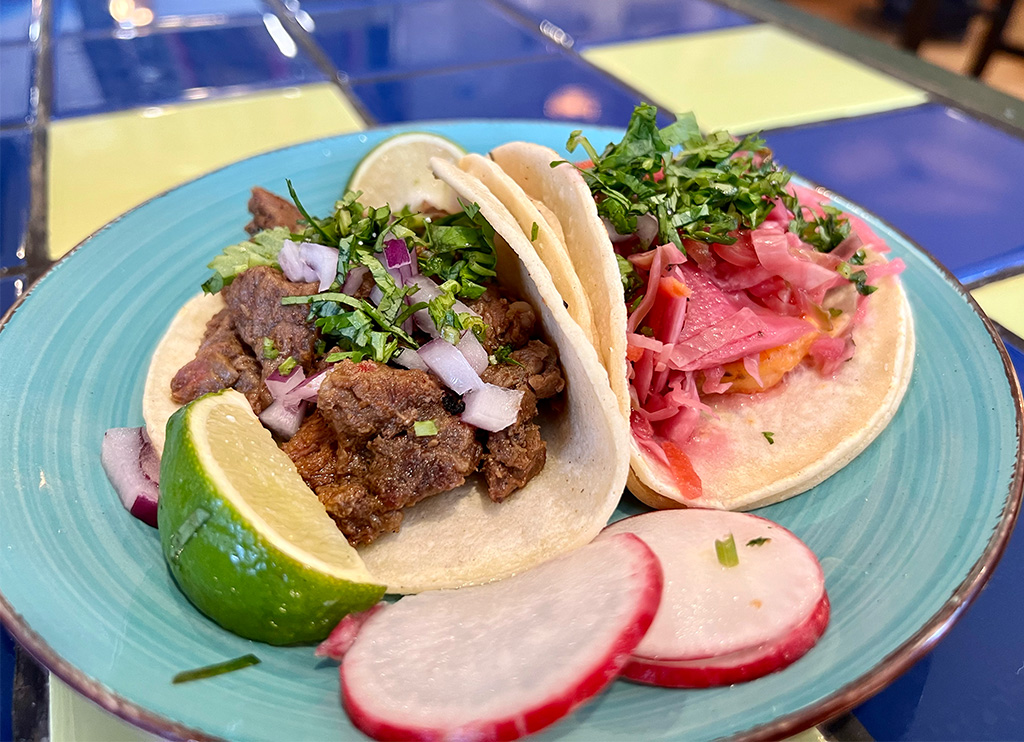 Tacos can be mix-and-match at Orale. (Photo: Tom Meek)

Since Jose’s Mexican on Sherman Street closed permanently during the pandemic (though a sister site in Arlington is still open), Camberville has been missing a true cantina vibe. Sure, there are old friends Olé in Inman Square and Rudy’s in Teele Square, Somerville, but can you really apply the term “cantina” to either? The Border Cafe, a fixture in Harvard Square now also gone, had a festive south-of-the-border thing going on, but was more of a knockoff variation for the college crowd; Lone Star Taco Bar in East Cambridge offers a fine, upscale take on Mexican street food, but it’s no cantina. That’s why it’s such fun discovering Orale on Cambridge Street in the Wellington-Harrington neighborhood. It has a cozy, authentic and lived-in feel, with Day of the Dead decor and a high, tile-top tequila bar. Given that old-school, homey charm, I was intrigued to learn Orale had opened just two years ago during the pandemic. It may be why many don’t know much about it.

What’s to know is that Orale is open seven days a week with breakfast (omelets, huevos rancheros and brekky tacos), lunch and dinner service. The main mealtime offerings are the basics: tacos, quesadillas, nachos and tortas, as well as bigger plates. In scope and street food authenticity it’s similar to Tenóch in Davis Square and Cambridge Crossing; you feel like you’ve walked into someone’s house for an evening meal. The menu is vast, but like many Mexican eateries, the meats and seafoods (carne asada, chorizo, pork and camarones) make their way across various preparations (taco, torta, burritos, etc.). I’ve yet to try the torta – it’s like a pressed panini – but can attest to the gooey, grilled goodness of a chicken quesadilla that’s hearty, golden brown and not greasy. 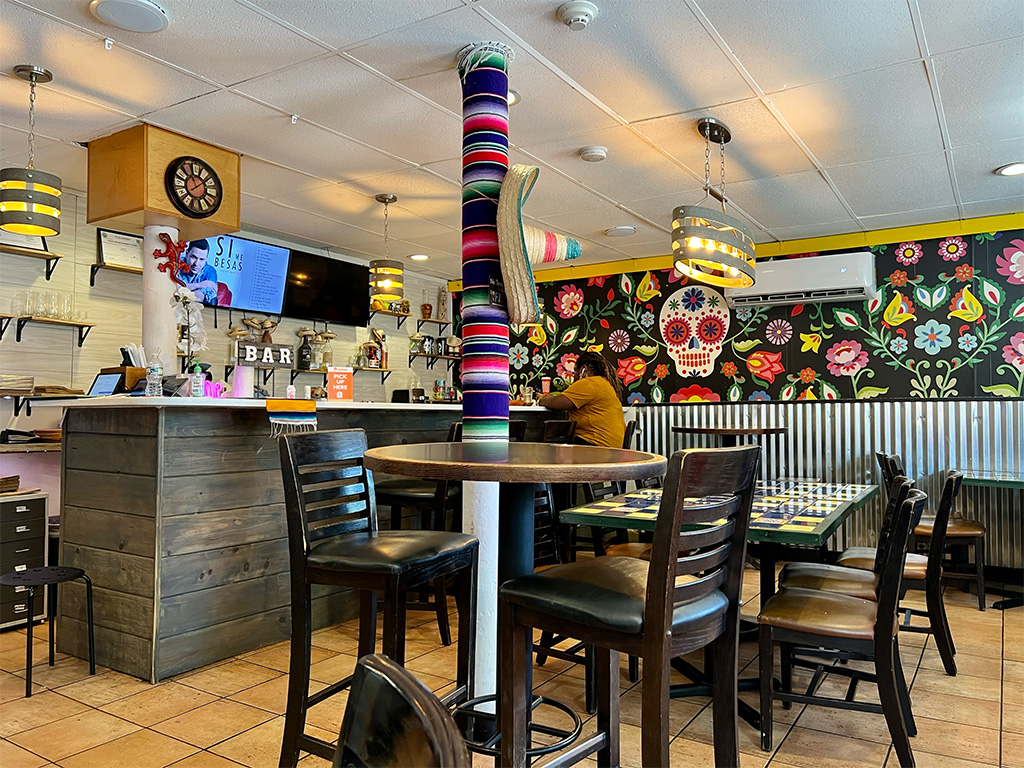 Orale is on on Cambridge Street in the Wellington-Harrington neighborhood. (Photo: Tom Meek)

My favorite things on the menu are the shrimp tacos; the “baconator” taco of fresh grilled shrimp with Spanish bacon; and the camarones a la parrilla taco with grilled shrimp and red cabbage. (Neither of these appear on the restaurant’s online menu.) They come in soft corn tortillas that soak up the salsa verde and chunky guac, and the shrimp are succulent and perfectly grilled with, as advertised, freshness you can taste. You can make your own plate, mixing and matching two for lunch and three or more for dinner, have one as a side or an app, and so on. The staff are amenable to special requests and provide service with warm, genuine smiles. It’s good, basic Mexican comfort food with attentive service and a transporting atmosphere.